With the NBA playoffs all set to tip off on Saturday, it's important that you get your series bets in as soon as possible. The lines will only move as we inch closer to the games and as the matchups begin. We take you through the odds of every set, and then help you pick a winner.

NBA Round One Odds & Matchup Comparisons 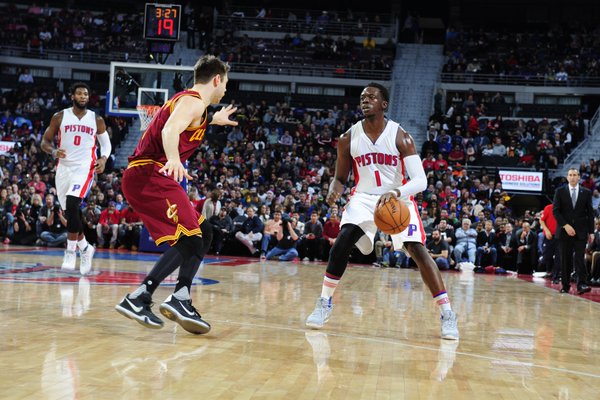 There is no point in laying a wager down on the Cleveland Cavaliers to beat the Detroit Pistons. The reward is minimal. Their advancement is a formality, but the amount of money you have to bet to feel their win is absolutely absurd.

If you're a long-shot player, throwing a few shekels down on the Pistons isn't a terrible idea. They won the season series against the Cavaliers, and Cleveland hasn't been the spitting image of a perfectly functioning team over the last few months.

The Pistons nevertheless aren't going to win this series. It's just not going to happen. The Cavaliers are deeper and more balanced. And they have LeBron James, whereas three of the Pistons' most important players, Tobias Harris, Andre Drummond and Marcus Morris, have never even sniffed postseason action before. If you're looking to throw some real money on them, stick to betting game spreads.

The Pick: Cavaliers in five games 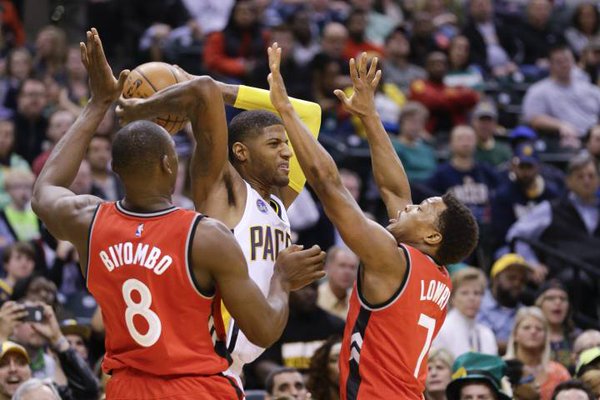 This series could end up being closely contested. The Toronto Raptors are clearly the superior team, and seldom do No. 2 seeds fall to No. 7 seeds. But the Pacers have a scrappy defense, and if some combination of Paul George, George Hill, Ty Lawson and Monta Ellis get hot, the offense could cause some problems for the Raptors' at times inconsistent defense.

Still, Toronto has never been healthier. DeMarre Carroll has finally returned to action, and he only strengthens the defense. If the Raptors' offense holds its regular season course, Dwane Casey's troops won't have a problem securing a second-round advancement. Feel free to lay some cash down on the Pacers when they play at home, but investing in them to win the series would be a mistake.

The Pick: Raptors in five games 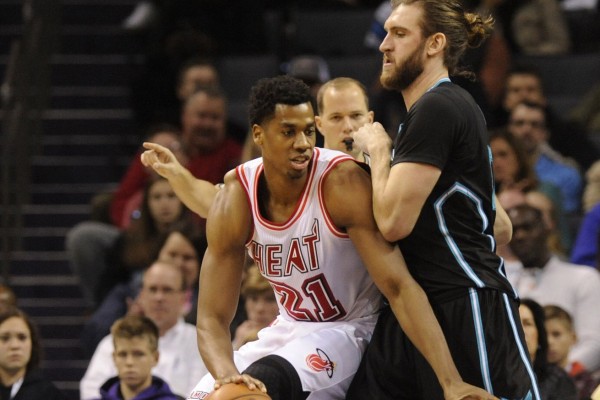 If you're looking for a first-round series with the potential to go seven games, the Miami Heat-Charlotte Hornets date is it.

Though the Heat rank as the superior team, the Hornets are a particularly difficult matchup for them. They run a ton of spacey lineups, including five-out combinations that could marginalize Hassan Whiteside's presence on the defensive end. In fact, by the end of the series, he could rank as a liability, because he won't be able to survive against ball handlers that Charlotte forces him to switch onto.

But we can't discount all the Heat have done since the All-Star break. They have been on an absolute tear and are finally pairing a strong defense with an uptempo offense. The Hornets can combat that balance with their own balance, but Nicolas Batum isn't 100 percent healthy, and it's Miami that has more postseason experience on its roster.

The Pick: Heat in six games 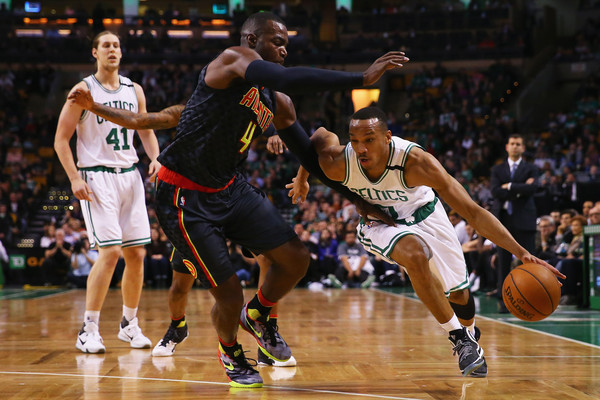 Now this is a first-round series.

The Atlanta Hawks and Boston Celtics are pretty evenly matched on the defensive end. They can both guard against all different types of offenses—fast, slow, moderate, it doesn't matter.

The Celtics start to pull away on the offensive end. They are more efficient overall and play at a much faster pace, enabling them to get out in transition and execute before even the most elite defenses get set. The key for the Hawks, assuming their offense doesn't pick up soon, will be forcing the Celtics out of their comfort zone. They aren't used to scoring in the half court and, as a result, don't do it efficiently. If the Hawks are able to dictate the pace of this entire series, they could end up winning while running away.

To buy into that, though, would be to underestimate the job Brad Stevens has done with his troops. He plays opposing matchups well, and the Celtics have an array of five-out lineups that will be tough even for the Hawks to defend.

Expect this one to go the distance. Also expect the Celtics to emerge with the victory.

The Pick: Celtics in seven games 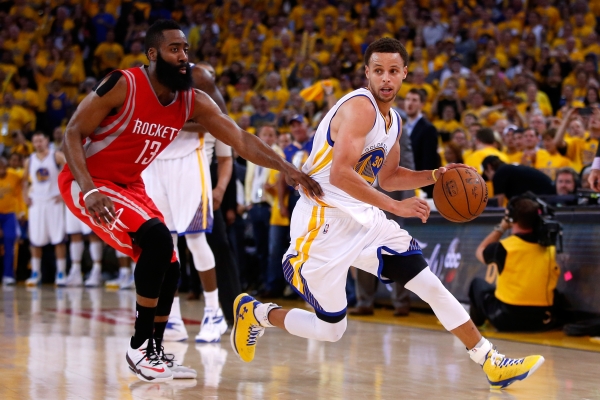 Take the hint. Sportsbooks aren't even letting you place money on the Golden State Warriors. That's how much of a sure thing they are.

As such, don't waste your time and, most importantly, money trying to peg the Houston Rockets as a dark horse title contender. They won't be winning this series. They probably won't even win a game. You can try rolling the dice on a single Rockets victory when they play in Houston, but if you're actually bent on wagering in favor of the boys in red, stick to betting the spreads. You're more likely to get a hit there than the Rockets are to win even a game against the best ever Warriors.

The Pick: Warriors in four games 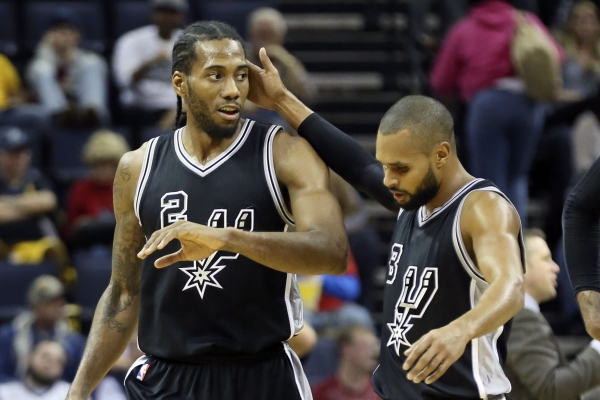 Given how many bodies they're missing, and knowing how much Spurs coach Gregg Popovich values the rest that comes with quick series victories, dont' bank on the Grizzlies winning a game. Heck, don't even count on them covering a single spread. That's how good the playoff Spurs should be, and how unbelievably thin the Grizzlies already are.

The Pick: Spurs in four games 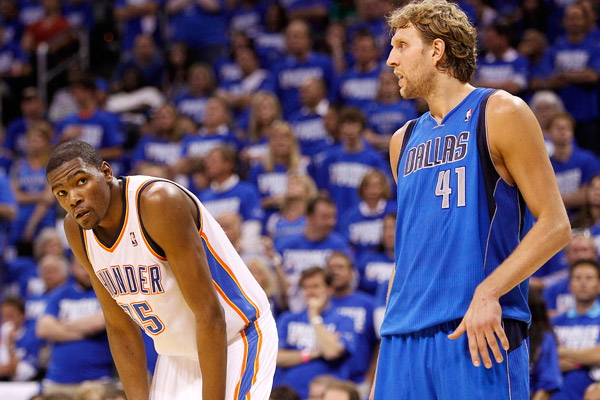 Despite missing Chandler Parsons, and until recently Deron Williams, the Dallas Mavericks have figured out a way to win games. That should help them keep things interesting against the Oklahoma City Thunder, but they're ill equipped to do much else.

Dirk Nowitzki is exhausted after going through the entire regular season, and the absence of Parsons will make it even more difficult for the Mavericks to try defending Kevin Durant. That unfortunate task will now fall to Wesley Matthews full time, and the energy he expends there will reflect in his performance on the offensive end—which isn't a good thing.

Now, the Thunder have their share of issues. They have a nasty habit of playing down to the level of their opponents, and Russell Westbrook can be a wild card both on defense and in crunch time.

Which isn't to say the Thunder will lose this series. They won't. The Mavericks should be able to steal a game, maybe two, but not much else. They don't have enough healthy bodies. And the bodies they do have won't be able to put up with Kevin Durant and Westbrook for more than a few games.

The Pick: Thunder in five games 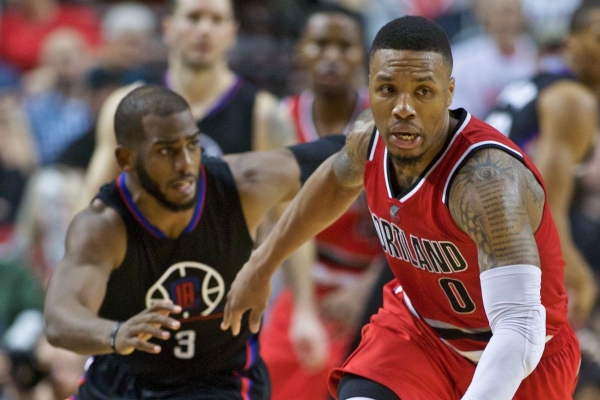 Any chance of the Western Conference playing host to a first-round upset rests with this square dance between the Los Angeles Cippers and Portland Trail Blazers. The Clippers are justifiably the heavy favorites, but smart bettors will take the Blazers seriously.

Portland is an absolute terror at home and will get at least two chances to fight Los Angeles on its own turf. The Blazers' record at home is actually only one game off the Clippers' pace at Staples Center. That's truly incredible.

Beyond seeing the Blazers stealing a couple of victiories, however, it's hard, if impossible, to see them besting the Clippers. They don't have the surrounding scoring options behind Damian Lillarfd and C.J. McCollum that Chris Paul and Blake Griffin enjoy, and their defense is much too simplistic to hang with a Paul-piloted attack that will poke and prod and probe until it runs you out of the building.

That said, be careful playing the game spreads. Big picture wagers are the way to go here. That's how much you need to respect the Blazers—enough to consider them a legitimate threat in any and every game, but not enough to pick them to win this series.

The Pick: Clippers in six games

Did you enjoy this article? Share it!
Tweeter
Follow us!
More articles...
News - 25/01/22
Best Bets For 2022 NFL Conference Championship Weekend

After one of the greatest NFL playoff rounds in history, we’re down to four teams and three games before a new Super Bowl champion is marked. But first, conference titles must be decided and this article previews the big weekend ahead. Read this to get the best bets for the two 2022 NFL conference championship games!

The UFC may have just had its biggest year in promotion history, but the way UFC 270 is shaping up, 2022 may be even bigger! Here's a preview of the first fight card of the new year, plus our very own UFC 270 betting predictions!

Four juicy matchups are on tap this weekend with plenty at stake. For the remaining playoff teams, a spot in the conference champions, but for bettors, cool hard cash! This article is for the latter crowd. Give this a read to get our best bets for the NFL 2022 divisional round.

Every once in a while, it’s nice to take a break from traditional sports betting and throw a few dollars on non-athletic competitions. Award shows are one of those best bets in that category and what would you know, we have the biggest one on the horizon. Here are 2022 Grammy Awards betting picks that can make you a pretty penny.