If you were an online sports bettor decades ago, you might remember the BetJamaica com sportsbook. It was an “O.G.” sports wagering platform based out of, you guessed it, Jamaica.

Since then, a plethora of betting sites have flooded the market, some with more success than others. BetJamaica, however, they’ve gone on to merge with a bigger site to form a “megasite” if you will.

This BetJamaica com sportsbook review will give you the pertinent details about that merger and what that means for you as a player. 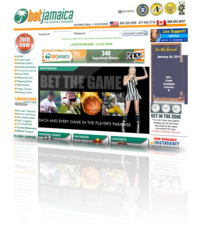 BONUS INTRODUCTION – BetJamaica com would match your first deposit upon sign-up by 100 percent up to $1000 in free play!

Deposit and Claim this BetJamaica Bonus

BetJamaica Has Merged With BetDSI

When the United States’ Supreme Court lifted a ban on sports wagering a few years ago, betting sites — new and old — came out of the woodworks to capitalize on the new-found opportunity. One of those sites was BetJamaica.

Like many of the best online betting sites before it, it closed doors, but not before running for many years during the industry’s infancy years. Those day-one gamblers might be surprised to know BetJamaica is back in business, well sort of.

The company has merged with BetDSI, also known as the Diamond sportsbook. BetDSI has existed since the late ’90s themselves, so it’s a coalition between two trustworthy names.

All betting can be done on BetDSI, which shares a backend, not unlike the one BetJamaica online used before it. Since BetDSI is the “A-side,” to borrow a term from combat sports, we’ll refer to the site by BetDSI for the rest of the review. 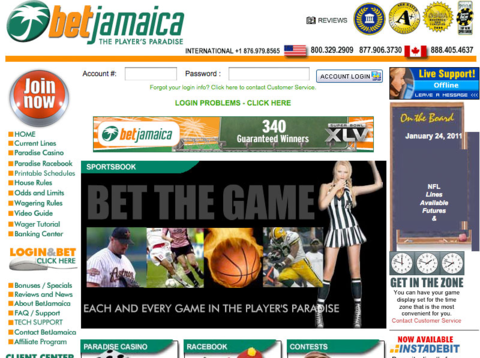