The winner of the AFC Championship Game will play in their record ninth Super Bowl but for the Pittsburgh Steelers to achieve that milestone, they will need to overcome a persistent thorn in their side – the New England Patriots.

Victory will move the winner into their record ninth Super Bowl game, breaking a tie with the Denver Broncos, Dallas Cowboys and the loser of this game. The Steelers (6-2) have won more Super Bowl games than any team in history, while the Patriots are 4-4 but quarterback Tom Brady has started a record six Super Bowls.

For all their postseason success, the problem facing the Steelers is that the Patriots are their Achilles heel. Pittsburgh is 1-3 all-time in postseason play against the Patriots, the Steelers' only playoff win against New England a 7-6 verdict in a 1997 AFC divisional round game.

Those three setbacks include a pair of losses in the AFC Championship Game - a 41-27 defeat in 2004-05 and a 24-17 setback in the 2001-02 title game, both played in Pittsburgh. The Steelers lost to New England as a 10-point favorite and as a three-point underdog.

That being said, you'd wouldn't be wise to put any stock in Pittsburgh's 27-16 loss to New England earlier this season. Steelers quarterback Ben Roethlisberger missed that game with a torn meniscus, and while Brady gets most of the pub, Big Ben is no slouch in the big game. This will be his sixth AFC Championship Game appearance and he's won three of them, along with a pair of Super Bowls. 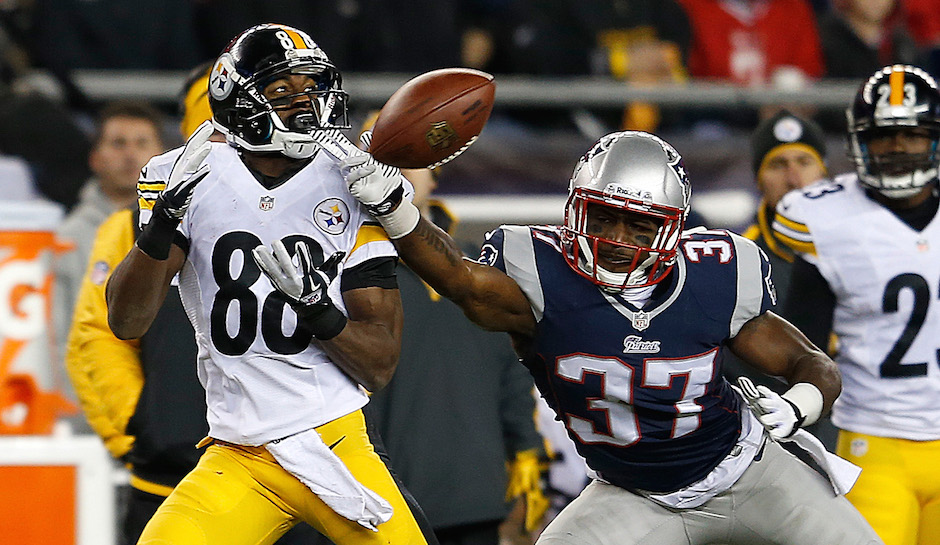 The Steelers come into this game riding a nine-game winning streak, although they couldn't get into the end zone in last week's 18-16 win over Kansas City. Six field goals won't get the job done against New England's high-powered offense.

My Team's Next MatchPittsburgh Steelers

Pittsburgh's offense has averaged 25.9 points per game since Week 11, while the Patriots were the NFL's best scoring defense this season, allowing 15.6 points per game and allowing a league-low six rushing TDs.

Pittsburgh's 1-2 punch of receiver Antonio Brown and running back Le'Veon Bell have combined for 876 yards of total offense in the last three games. Brown has gone over 100 yards receiving in each of his last three playoff games.

On the New England side of the ball, in last week's win over Houston running back Dion Lewis became the first player in NFL playoff history to score touchdowns via the run, the pass and a kick return.

As impressive as Brady's postseason numbers are - he's started 33 playoff games and gone 24-9, both NFL records - his AFC Championship Game analytics are somewhat mediocre.  In 10 games, he's gone 6-4, with 12 TD passes and 12 interceptions.

Brady is 1-3 in his last four AFC title games, although only one of those losses came at home. Brady has owned the Steelers, with 24 touchdown passes, only three interceptions and a quarterback rating of 114.2.

The total is set at 51, making the under a solid bet. Pittsburgh has gone under in 16 of its last 22 games, and the Patriots have gone under in six straight AFC Championship Games. Overall, the past five AFC title games went under.

The Steelers will also have to overcome a visiting team curse. Visitors are 0-6 straight up and 1-5 against the spread in the last six AFC Championship Games. Pittsburgh is 2-2 on the road in AFC title games.