Best NFL franchises of all time 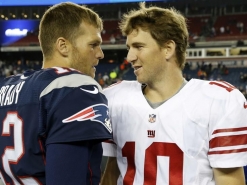 Not all NFL franchise are created equally.Many organizations have, over time, enjoyed more success than their peers. They’ve won more games, made more playoff appearances, rattled off more Super Bowl victories and just generally gone about their business better than the rest of the field.

We’re going to profile the 10 best franchises among the NFL’s 32 teams. Rankings are all-encompassing—determined by a mix of historical success and immediate accolades.

In other words: Teams, such as the Chicago Bears, don’t need to be good right now to make this list, but present-day power most certainly helps.

Parity is one of the NFL’s primary selling points. But a group of franchises has separated itself from the remainders of its peers over the years. Longevity helps when looking at this hierarchy; the longer a team has been around, the easier it is for it to have enjoyed tons of success. But newer franchises are able to distinguish themselves as well.

Speaking of the New England Patriots, they are ready to do battle in the playoffs yet again. Will they win Super Bowl 51 and do you have your future bets ready? Take a look at Bovada’s future odds below and click the image to go directly to Bovada’s betting site, where bundles of cool bets await.

For all the competitive balance the NFL champions, a little consistency goes a long way. And those teams that carved out competitive windows for long periods of time have, on an historical level, given themselves a leg up on the professional football landscape.