The Toronto Raptors are closing in on first in Eastern Conference, but theyll have to get through the Los Angeles Lakers first. Meanwhile, the L.A. Clippers are back on winning track, but can they beat Anthony Davis and the New Orleans Pelicans, who are playing at home?

Here are a few NBA betting options to consider for Friday night games, with odds courtesy of Bet365.

The Toronto Raptors can inch closer to first place in the Eastern Conference on Friday night when they host the Los Angeles Lakers at the Air Canada Centre.

Winners of four straight games, the Raptors enter Friday’s contest as commanding -769 favorites against the Lakers, who are looking to get back in the playoff hunt in the Western Conference. Los Angeles is a +525 underdog.

The Raptors have been getting the job done at the three-point line, where they’ve shot 37.9 percent from beyond the arc — good for fourth overall in the department this season. Dwane Casey’s Raptors have also been accurate from field goal range, shooting an impressive 47 percent this season. Only the Golden State Warriors own a better average.

The Raptors can thank DeMar DeRozan for the team’s recent success as the star guard sits third in NBA scoring heading into action on Friday night. DeRozan has showed no signs of slowing down, as he’s netted 28.9 points per game.

The head-to-head matchup has been a lot closer over the last 10 games, with each club winning five games apiece. However the Raptors have won three straight games against the Lakers.

Betting the over/under? Take into consideration the last three meetings between these two clubs have produced under results. 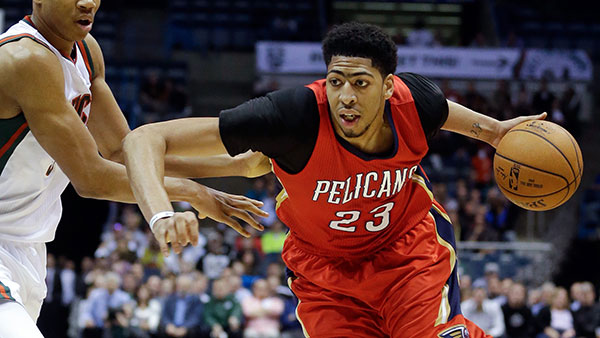 After a sparkling display of basketball early in the season, the Los Angeles Clippers have hit a wall of late, winning just one game in their last four. However the Clippers will be looking to build on a huge victory over the defending champion Cavaliers when they travel to New Orleans on Friday night for a tough road game against the Pelicans.

The Clippers, who moved back into third in the Western Conference, enter Friday’s contest as opening -175 favorites. The Pelicans have won five of their last seven games and go into the matchup against Los Angeles as enticing +135 favorites.

Anthony Davis has been an offensive machine and continues to lead the entire NBA in scoring, averaging 32.1 points per game. In Davis’ last four games, the six-foot-10 forward/centre has netted 30 or more points each contest — including a 45-point performance against the Minnesota Timberwolves.

Despite Davis’ success, it hasn’t been enough to turn the Pelicans into a playoff team 19 games into the NBA season. New Orleans  — 7-12 on the season — have won just three games over the last 10 meetings against the Clippers.

The last two games between these two clubs have produced over outcomes and bettors can expect another high-scoring affair on Friday, with the Pelicans pulling out a close victory.

The San Antonio Spurs are playing catch-up in the Western Conference. While catching the first-place Golden State Warriors seems like a daunting task, the Spurs — a Western Conference powerhouse — continue to prove to be a legitimate NBA title contender in 2016.

The Spurs, who are 9-1 in their last 10 games, enter Friday’s match against the Wizards as -556 favorites. Washington has won three of its last five games and are +425 underdogs.

San Antonio continues to be one of the best shooting teams in the league, especially from three-point range where they rank first overall. Propelled by star guard Patty Mills, who is 44.7 percent from three-point range, the Spurs are the best-shooting club from beyond the arc, averaging 40 percent.

The Spurs will have to keep an extra close watch on Wizards guard John Wall, who ranks in the top 20 in scoring this season with 22.6 points per game.

The head-to-head matchup hasn’t been much of a contest over the last 10 games, with the Spurs winning eight of those games during that stretch.

If you’re thinking of an over/under bet, Bet365 has set the total points like at 202. The Wizards and Spurs are 21st and 22nd, respectively, in points per game this season so expecting an over outcome may be far fetched.