FC Dallas go into the Friday night showdown with San Jose a point clear at the top of the Western Conference, ahead of Colorado Rapids.

They'll be looking to maintain their lead and take on a San Jose team who haven't won in six games, so why are The Quakes the bookies' favorites? They haven't won any of the previous five meetings, and have only scored three goals in those games.

This season San Jose have tied far too many games, with seven ties in seventeen games to date. That leaves them two points off the MLS playoff positions. They have a chance of shutting out Dallas, but with the conference leaders in good form after back-to-back wins, we can see them getting a third. Michael Barrios (pictured below) is a fine bet to score first if selected. 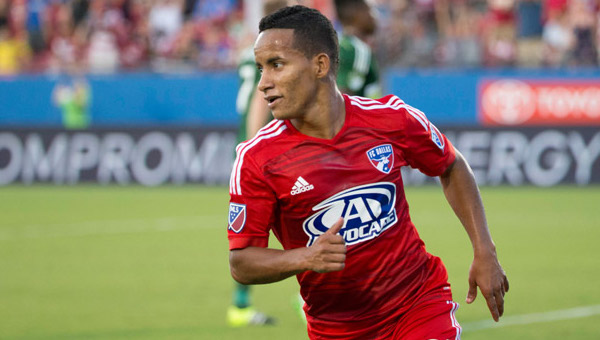 Philadelphia Union were on top of the Eastern Conference for several weeks, but after two defeats have slipped to second. The Union will be hoping they can get back to winning ways and face a DC United side who are unbeaten in three games, despite being one of the lowest-scoring teams in the conference.

Last time out, United grabbed a tie at the death when Jared Jeffrey headed home an equalizer at Real Salt Lake. They may need similar heroics this time round, and their tactic against Union will surely be to defend.

They won both their previous two games against Union by a single goal, but with Saborio their top scorer with just four this season, look dim by comparison to the bright lights of Pontius (six goals this year), Alberg (five) and Sapong (pictured below, also with five). While Union are rightly favorites, we don't think a straight bet on them is the value. 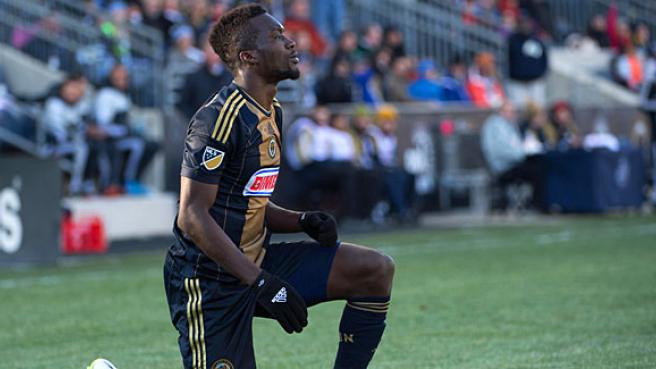 Two high-scoring teams clash in Kansas as table-topping New York City battle to maintain their lead at the summit of the Eastern Conference on the road.

After a thrilling 2-0 win against New York Red Bulls in their last game, New York City travel to Kansas with three points on their mind, and top scorer David Villa (12 goals) will be raring to go after netting again last time out.

Jack Harrison scored and assisted in that win too, and alongside midfield maestros Frank Lampard and Andrea Pirlo (below), New York will be tough to stop.

Sporting KC have the prowess of top scorer Dominic Dwyer (8 goals) to thank for their current spot in the standings. They will undoubtedly be difficult to beat. We can see this one ending all square. 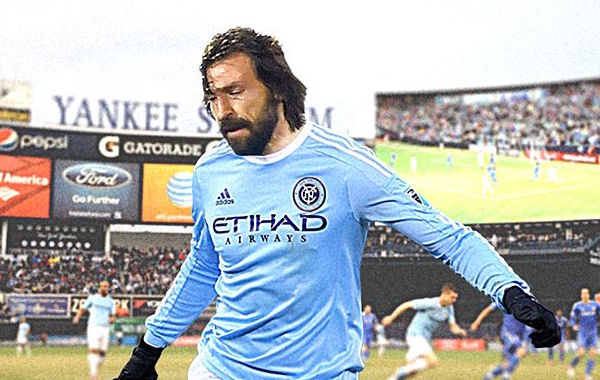 We think Houston Dynamo can spring something of a surprise by tying with Orlando, who are usually decent at home. It's +265 to happen.

Galaxy have endured a stop-start season, but are unbeaten in three and Sounders haven't won in as many games. Take the away side at +200.

Toronto led until the final minute last week. Expect them not to make the same mistake two weeks running. They're +130 to be winning at half time and full time.

Why bet on Real to see it out against a dangerous and high-scoring Montreal side when the over 2.5 goal market is better odds (-140). We don't know, either.

Can Tim Howard keep a clean sheet? Well, possibly. Either way, he'll inspire Rapids to a point at +245.