The Bets To Make On Sunday

Here are a few NBA betting options to consider for Sunday, with odds courtesy of BetOnline. 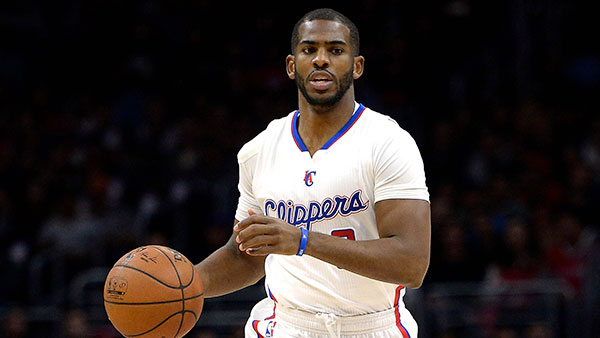 The Clippers are 8-2 in their last 10 and have only dropped one game on the road this season. Los Angeles enters Sunday’s contest as commanding -600 favorites, while the Pacers — a respectable 5-5 over their last games — are +475 underdogs.

On paper, this is a one-sided affair and it surly doesn’t help that Indiana will be without its leading scorer Paul George, who is sidelined with a back injury.

The Clippers have been fantastic from field-goal range, shooting 47.2 percent and ranking second only behind the defending NBA champion Cleveland Cavaliers.

The head-to-head matchup has been a lot closer than you may think, with both clubs winning five games apiece over the last 10 meetings.

If you’re betting the over/under, BetOnline has set the total points line at 209. Four of the last seven games between these clubs have produced over outcomes.

Drawing any positives from how the Orlando Magic and Milwaukee Bucks have performed lately is a challenge to say the least. But the two struggling clubs will do battle on Sunday as the Magic host the Bucks at the Amway Center — both looking to shake off losing streaks.

It’s almost been a one-man show offensively for the Bucks, who have been carried by Giannis Antetokounmpo. The six-foot-11 forward leads all Milwaukee players in scoring with 22.3 points per game, as well as rebounding (8.3) and assists (6.1). In their previous meeting last week, Antetokounmpo netted 21 points to lead the Bucks to victory.

Orlando has been dreadful against Eastern Conference opponents this season with a 2-7 record.

Breaking down the head-to-head matchup, the Bucks have defeated the Magic six times over the last 10 games and have averaged 9.70 steals during that stretch.

Orlando is second-last in scoring this season, so expecting this match to go over BetOnline’s total points line of 195 is unlikely.

James Harden is putting up MVP-worthy numbers early in the season and is a huge reason why the Houston Rockets are quickly vaulting up the Western Conference standings. Winners of four of their last five games, the Houston Rockets roll into Portland on Sunday night for a match against the Trail Blazers.

The Rockets, who sit in fifth in the West, are -145 favorites heading into Sunday’s contest. The struggling Trail Blazers — 4-6 in their last 10 games — are enticing +125 underdogs.

Harden is having an excellent season so far, as the star guard sits fourth in league scoring with 28.3 points per game. He also leads the NBA with 12.4 assists per game.

The Blazers are allowing 112.8 points per game — second most in the NBA — and have a point differential of -3.4. The Rockets, who rank fifth in three-point percentage, will expose Portland’s week defense from beyond the arc.

Head-to-head, the clubs are evenly matched over the last 10 games as both the Trail Blazers and Rockets have won five games apiece.

Houston is favored by -2.5 and if you’re betting the spread, look for the offensive-minded Rockets to cover.