After two games, the book is starting to be written on a number of NFL teams. With teams’ strengths and weakness beginning to emerge, week 3 picks are less of a guessing game.

Who To Back In Week 3 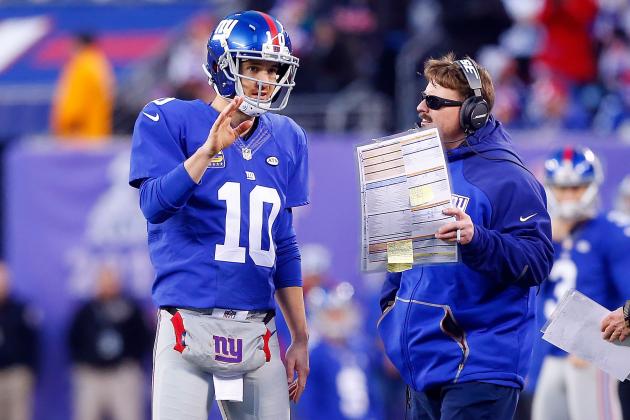 It's only two weeks into the season and the Redskins already seem like a trainwreck. Washington dropped back-to-back games at home by a combined 26 points. Fingers are already being pointed as head coach Jay Gruden criticized struggling quarterback Kirk Cousins.

Meanwhile, the Giants are trending upward after a 2-0 start, led by a revamped defense that has yet to surrender 20 points in either game.

The matchup also pits New York wide receiver Odell Beckham against Washington cornerback Josh Norman after a cheap-hit-filled battle between the two a season ago.

While those two will grab the headlines, I believe the key storyline is the Giants secondary versus a struggling Cousins.

In week 2, New York held Drew Brees to a measly 13 points. It gets a far better matchup at home against Cousins, who hasn't seemed like himself thus far. Cousins' decision-making and accuracy have been giant head scratchers through two games and I don't expect them to improve against the G-Men.

It doesn't help Washington's case when you look at the weapons New York signal caller Eli Manning has at his disposal this season. Between Beckham, Sterling Shepard, and Victor Cruz, the Giants have a pulverizing trio of wide receivers. 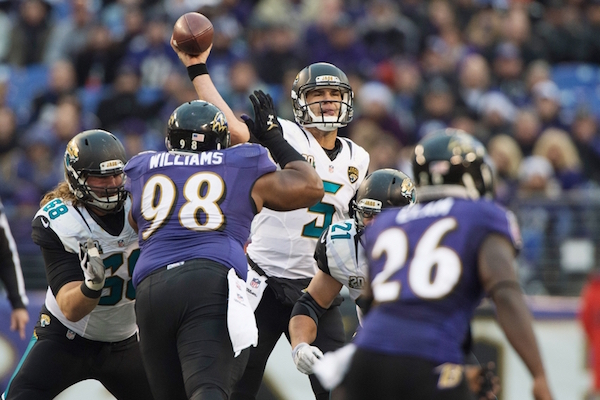 The Jaguars entered 2016 as many pundit's sleeper pick, but after a winless start and 24-point shellacking in week 2, the sky is falling in Jacksonville. The Ravens, on the other hand, enter as one of eight undefeated teams in the NFL.

At a one-point spread, bookies view this game as a toss-up. However, it's important to look at recent history. The Jaguars have a knack for starting the season slow. It's now head coach Gus Bradley's fourth season with the franchise and he's 1-10 in September games. Furthermore, Jacksonville is 5-19 under Bradley against winning teams.

History isn't on the Jaguars side, and neither are matchups. Quarterback Blake Bortles is coming off a three turnover outing against the Chargers not-so-great defense and his past problems — pocket presence and decision making — haven't seemed to improved. He'll be facing a Ravens defense that has surrendered the second fewest yards (547) in the league after two games. Worse for Bortles, Baltimore may be getting the services of outside linebacker Elvis Dumervil back. A foot injury has sidelined the veteran, who has 98 career sacks to his name. 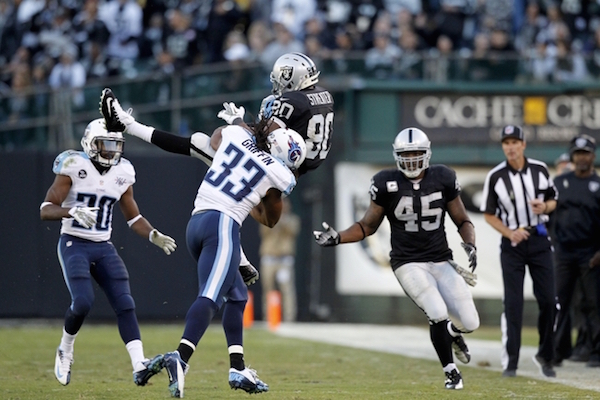 Simply put, the Raiders sieve-like defense makes this an instant contender for an over. Oakland's paper-thin secondary has given up an NFL high 808 passing yards — 113 yards more than the next team. While Titans quarterback Marcus Mariota isn't nearly as prolific as Drew Brees and Matt Ryan (who both torched the Raiders in week 1 and 2, respectively), his dual-threat capabilities should still put up big numbers in week 3.

It won't all be up to Mariota, though. Tennessee's two-headed running attack of DeMarco Murray and Derrick Henry will be at their disposal. The duo hasn't blown up yet (Titans are 13th in offensive rushing), but can capitalize on a shaky opposing defense.

Working to Oakland's favor is their high-octane offense. No team has racked up more total offense than the Raiders' 940 yards. It's been a balanced attack, too. The Silver and Black have rushed for the second most rushing yards in the league, while quarterback Derek Carr is sixth in passing yards.