As the playoff race enters its final stretch, see who our week 14 favorites are and which teams will start separating themselves from the pack.

Which bets to take in week 14 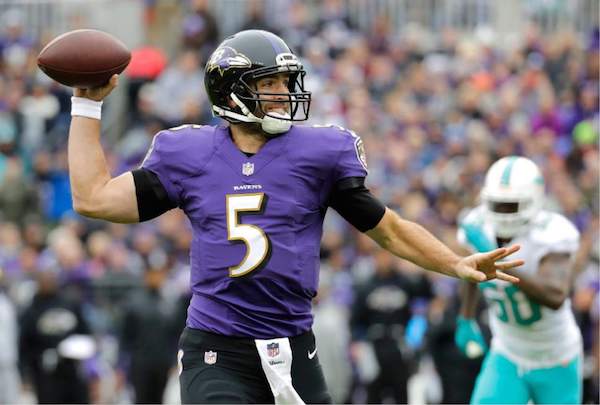 The Monday Night Football matchup pits two conference-leading teams in a high-stakes game. New England (10-2) is jockeying for home-field advantage in the AFC, while Baltimore (7-5) tries to hold off the Steelers in the division race.

Make no mistake about it, this game will rest on Tom Brady. The Ravens enter the game with the best run defense in the NFL. They are allowing a mere 73.4 yards per game and 3.4 yards per rush. Patriots' running back LeGarrette Blount has only hit the century mark once in the past five games, so don't expect a 100-yard outing from Blount.

Then again, relying on Brady isn't a bad thing. The 39-year-old quarterback has seemingly found the fountain of youth and statistically-speaking is having the second best season of his career. Brady has a touchdown-to-interception ratio of 19-and-1, along with 2,470 yards and a 68.9 completion percentage.

However, Brady will be without his top target Rob Gronkowski for the rest of the season due to a back injury. Without Gronk in the past two games, Brady's passer rating has dipped below 95 both games — a stat which occurred once in six games with Gronk in the lineup.

While Brady might come back down to Earth without Gronk, more pressure now rests on the New England defense, which is every bit as ferocious as the Ravens. The two are tied for second-least points allowed in the league with 17.3 points per game.

This prime-time game will have a playoff atmosphere. In a defensive battle, the Ravens will keep it close. 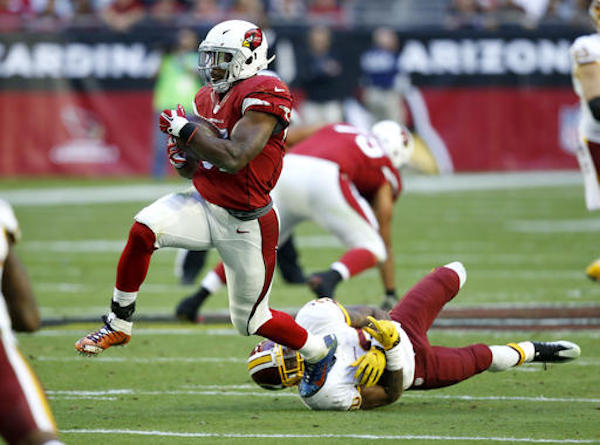 Just when you thought the Dolphins were real playoff contenders, they get steamrolled 38-6 by Baltimore a week ago. Miami (7-5) signal caller Ryan Tannehill reverted to his old self with a three-interception performance, while the defense was carved up by Joe Flacco to the tune of 381 yards and four touchdowns.

It may be a sign of things to come as Arizona (5-6-1) presents many of the same problems that gave the Dolphins fits against Baltimore. The Cardinals are second in the league in yards allowed per game (297.3), third in pass defense (199.3), and eighth in takeaways (20).

Moreover, quarterback Carson Palmer is coming off one of his best game of the season against the Redskins. It's been an up-and-down 2016 for Palmer, but he shredded Washington for 300 yards and three scores. Palmer is trending upward and facing a leaky Dolphins defense.

If Palmer doesn't show up, you can count on running back David Johnson, at least. The second-year player is an under-the-radar MVP candidate. Not only has he rolled up 1,005 yards and 11 touchdowns on the ground, Johnson is also a threat catching out of the backfield. Johnson has notched 64 catches for 704 yards and four touchdowns.

With two desperate teams fighting for the playoffs, expect them to crush a modest 43.5-point total.

The more things change, the more they stay the same.

The lowly Bills (6-6) blew a 15-point, third-quarter lead last week to Oakland, as pressure mounts on Rex Ryan. After coaching the Jets to back-to-back conference championship games in 2010, Ryan has failed to post a winning record as head coach. As for the franchise, they haven't tasted the playoffs since 1999 — the longest active NFL drought.

It gets worse for the Bills. They are 1-4-1 against the spread over the past six weeks. With that said, is there any reason worth picking the Bills in this one? As far as we can tell, no.

Pittsburgh (7-5) are the winners of three straight, winning by a combined 46 points during that stretch. Quarterback Ben Roethlisberger is finally healthy and the offense is clicking on all cylinders.

If the season were to end today, the Steelers would be on the outside looking in at the playoffs. Expect them to play with desperation on the road to gut out a solid victory against a reeling Buffalo squad.