Is there anything more traditional than Saturday night hockey? The first Saturday of the NHL regular season is here and with it there is plenty of action to be had.

Some of the best games on Saturday's NHL slate: 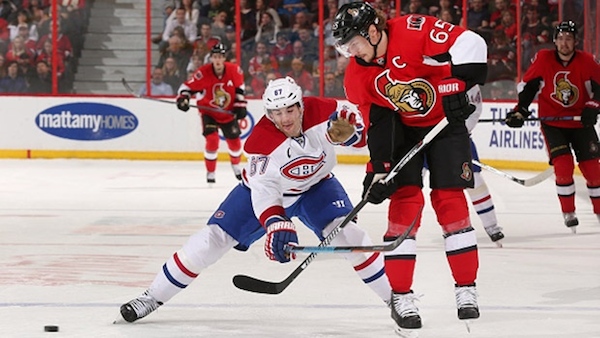 There was a time when Guy Boucher appeared to be the heir apparent to coach the Canadiens. Instead, he finds himself in charge of a rebuilding Senators club that outscored Toronto - or should we say, oustcored Auston Matthews - in their season opener 5-4.

Kyle Turris scored twice in that one, including the overtime winner. With Carey Price back between the posts after an injury-plagued 2015-16 campaign, the Canadiens are instantly contenders again. Add in all-star defenseman Shea Weber, who was plus-three in Montreal's season-opening win over Buffalo, and pesky forward Andrew Shaw, who netted a goal in that win, and the Habs are going to be a formidable foe this season.

The newest member of the Blues, forward Nail Yakupov, was among the goal scorers as they toppled the Minnesota Wild to improve to 2-0. St. Louis underwent a bit of a rebuild in the summer after reaching the Stanley Cup final four, allowing captain David Backes and veteran forward Troy Brouwer to leave via free agency, and dealing No. 1 goalie Brian Elliott to Calgary.

Five of the 12 forwards who suited up for the Rangers in their 5-3 win over the Islanders were new to the team and almost all of them figured in the scoring. Brandon Pirri and Michael Grabner scored, Mika Zibanejad dished out two assists and Pavel Buchnevich also had a helper. 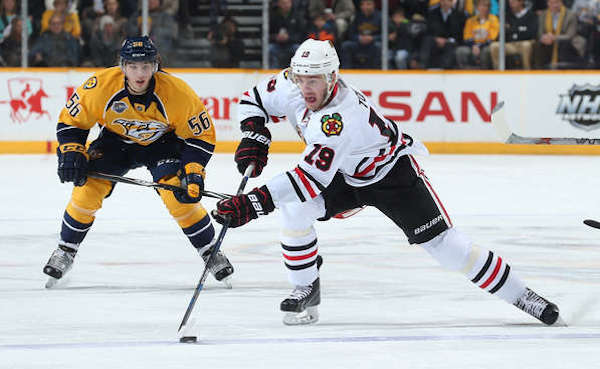 With six - that's right, six - rookies on their 23-player roster, the Blackhawks were humbled 5-2 by St. Louis in their season opener. Chicago GM Stan Bowman has proven able to rebuild on the fly and keep his team under the salary cap and in contention but this could be his biggest challenge, with the likes of Ryan Hartman, Tyler Motte, Michal Kempny, Nick Schmaltz, Gustav Forsling and Vince Hinostroza expected to fill the latest salary cap-induced void in their lineup.

Meanwhile, it's the dawn of the P.K. Subban era in Nashville, as the Predators said goodbye to captain Shea Weber in the biggest trade in franchise history. 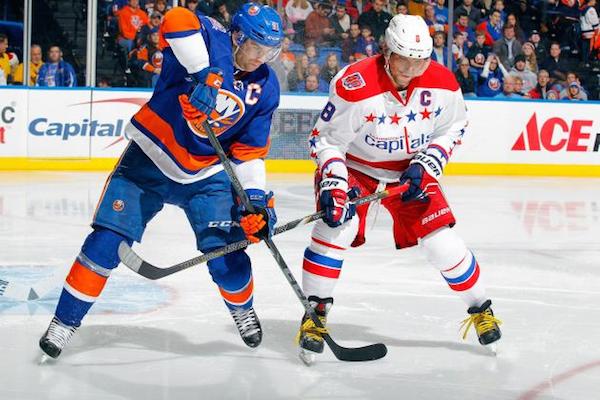 The Islanders underwent a rebuild after last season, losing second-line center Frans Nielsen and perennial NHL hits leader Matt Martin from what most hockey people cited as the best fourth line in hockey. Minus Nielsen, they'll need one-time first-round pick Josh Bailey to fill that void, and they've also got a pair of teenagers on their roster in Matthew Barzal and Anthony Beauvillier. The changes among their top six forwards saw a No. 1 line of John Tavares between Jason Chimera and Andrew Ladd in the season-opening loss to the Rangers. The Capitals began 2016-17 the way 2015-16 ended, by losing in extra time to the Pittsburgh Penguins. They'll unvel their President's Trophy banner at Washington's home opener, but it will only serve as a reminder that that Capitals disappointed again in the playoffs. Andre Burakovsky, who could be a boon for the Capitals in the secondary scoring department, began on a positive note with two goals in the opener.