Who To Take In NHL

Some of Saturday's more intriguing NHL showdowns, with odds provided by SportsBetting: 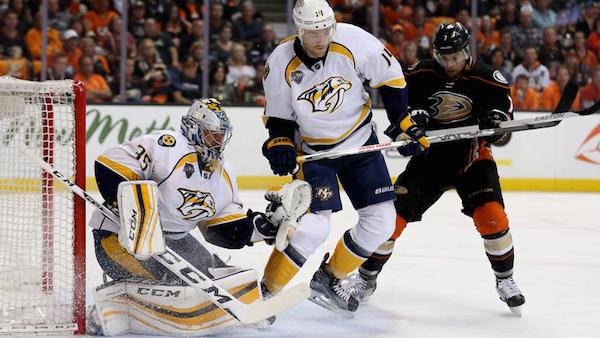 A rematch of last spring's opening-round playoff series, won in seven games by the Predators. The Ducks are 3-0-1 in their last four games. Captain Ryan Getzlaf collected his 532nd assist in Thursday's win over Carolina to surpass Teemu Selanne as the franchise's all-time leader. Jakob Silfverberg posted 2-2-4 numbers in the game, matching his career single-game high. The Ducks are the NHL's best faceoff team at 58.1 per cent.

A 3-1 victory Thursday over St. Louis helped Nashville improve to 3-0-2 in its last five games. The Predators are a solid 4-1-1 on home ice this season. Nashville is sixth in the NHL on the power play (24.0 per cent) but has allowed three shorthanded goals. Predators goalie Pekka Rinne is 3-0-2 in November with a 1.35 goals-against average and a .950 save percentage. 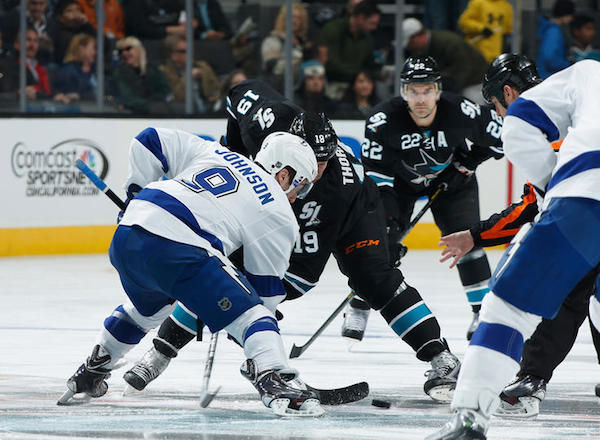 The Sharks scored four unanswered goals to rally from a 2-0 deficit and beat Florida 4-2 on Thursday, improving to 2-0 on their current six-game, 13-day road trip. San Jose plays 12 of its first 18 games on the road, where the Sharks are 4-4 so far this season. San Jose has allowed 25.1 shots on goal per game, second-lowest total in the NHL.

Tampa Bay is a solid 5-1-1 on home ice this season. Victor Hedman recorded his 188th career assist in Thursday's 4-1 win over the New York Islanders to become the franchise leader in that department among defensemen. The Lightning have scored an NHL-high 15 power-play goals. Six Lightning players have scored at least four goals but Hedman remains the only defenseman with a goal for the team this season.

With one win in five games and a 2-4-2 slate over their last eight, the Islanders continue to regress and the long knives are out and pointed at coach Jack Capuano. Isles defenseman Dennis Seidenberg already has four goals, three shy of his career high. The Islanders lead the NHL with 280 blocked shots and are third in the league with 375 hits. Andrew Ladd has scored in two straight games after going goalless in his first 12 games as an Islander.

The Panthers have posted five of their six wins on home ice. Off-season pickup Jonathan Marchessault leads the team with seven goals and 13 points. Colton Sceviour, another off-season acquistion, has already scored two shorthanded goals, the first Panther to do so since Stephen Weiss in 2010-11. The Panthers are second in the NHL with 136 takeaways. 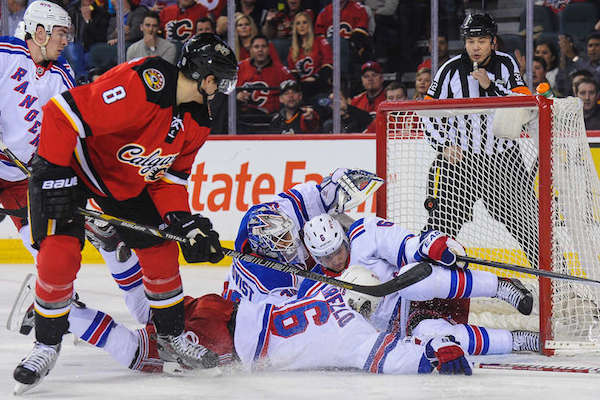 The Rangers, who lead the NHL in goals scored (58), shooting percentage (14.0 per cent) and takeaways (145), launch a four-game road trip against the woeful Flames. Calgary is 2-5 on home ice this season but lead the NHL with three shorthanded goals. Overall, the Flames are 1-5 in their last six games. Calgary has surrendered at least four goals in its last three games and in eight of 15 games this season.