It’s the NHL’s version of Survivor, as the Nashville Predators and Dallas Stars must win or their seasons are done. At least the Predators are home against San Jose. The Stars must got to St. Louis and beat the Blues to stay alive. 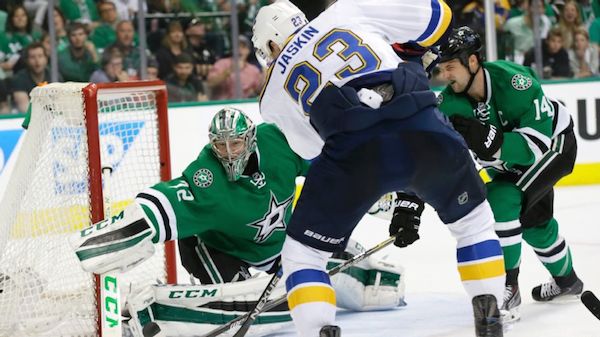 The Stars travelled to St. Louis again without forward Tyler Seguin, their second-leading scorer during the regular season and 14th overall in the with 73 points. He's missed the entire series and has been limited to one game in the playoffs by an Achilles injury.

Dallas captain and Hart Trophy finalist Jamie Benn continues to lead the playoff scoring race with 14 points, but Stars centre Jason Spezza, who produced 4-5-9 totals in their opening-round win over the Minnesota Wild, has been held to three assists in five games by the Blues. Dallas hopes to have forward Patrick Eaves back in the lineup. He hasn't played since Game 1 of the set after taking a shot from teammate Steephen Johns in the foot.

After every loss in the playoffs, St. Louis coach Ken Hitchcock has juggled his lineup and it once more paid dividends in Game 5. Forward Dmitrij Jaskin, seeing his first action of the postseason, scored his first career Stanley Cup goal and it proved to be the game winner. Troy Brouwer also scored in Game 5 and that gave him seven points in the last seven games. The win was the 83rd of Hitchcock's playoff career, moving him past Mike Babcock and Toe Blake into ninth on the all-time Stanley Cup coaching list.

The Predators were in this same situation in the first round against the Anaheim Ducks, coming home down 3-2 in the set, and they rallied to win Games 6 and 7 to take the series. On the other hand, the home team has won all five games of this series with the Sharks.

That's happened twice previously in Nashville playoff history - against Detroit in the opening round of the 2004 and 2008 playoffs - and both times the Predators were eliminated via a Game 6 loss on home ice. The line of Colin Wilson, James Neal and Mike Fisher has scored five goals in the series for Nashville.

The Sharks, who have never reached the Stanley Cup final in franchise history, would move into the Western Conference final for the first time since 2011 with a win. Sharks captain Joe Pavelski registered the seventh multi-goal game of his playoff game with a two-goal effort in Game 5. Pavelski, who finished fifth in the NHL in goals during the regular season with 38, shares the playoff lead with eight goals.