Twenty four countries will descend on France this summer as the cream of Europe clash during a glorious month of soccer. Who will be lifting the European Championship trophy on July 10th? We take a look at the teams to follow.

With six groups of four countries taking part in the final, the action is going to be crazy in France this summer as stars such as Paul Pogba, Wayne Rooney, Zlatan Imbrahimovic and Cristiano Ronaldo go to-to-toe to prove themselves as king of Europe. Let's take a look at the best value across each group and then establish who'll be fighting for the biggest prize come July.

With hosts France (+300 to win the tournament outright) taking on Switzerland (+6600), Romania (+15,000) and Albania (+35000), things could hardly be easier for Les Blues, who always seem to land an easy draw in World Cup or European Championships.

They'll be more than confident of topping this group, and should be, despite at times existing in a cauldron of negativity in the build-up to this tournament. Aside from the tragic attacks in Paris that took place just meters from French and German players during a friendly, famed striker Karim Benzema was sensationally banned from the squad and will take no part in the Euros as a consequence.

In Pogba, Griezmann, Martial, Varane and Lloris, the French have quality all over the pitch and will cause any team problems. Of the three teams they're up against in the group, We like Romania to finish 2nd instead of Switzerland (Romania are -150 to escape the group), who qualified for the tournament behind England in the qualification round.

Albania are likely to be whipping boys and don't stand a realistic chance of progressing. France are -350 to win the group, so offer little value there, but may prove to be the best bets of all to win the tournament. 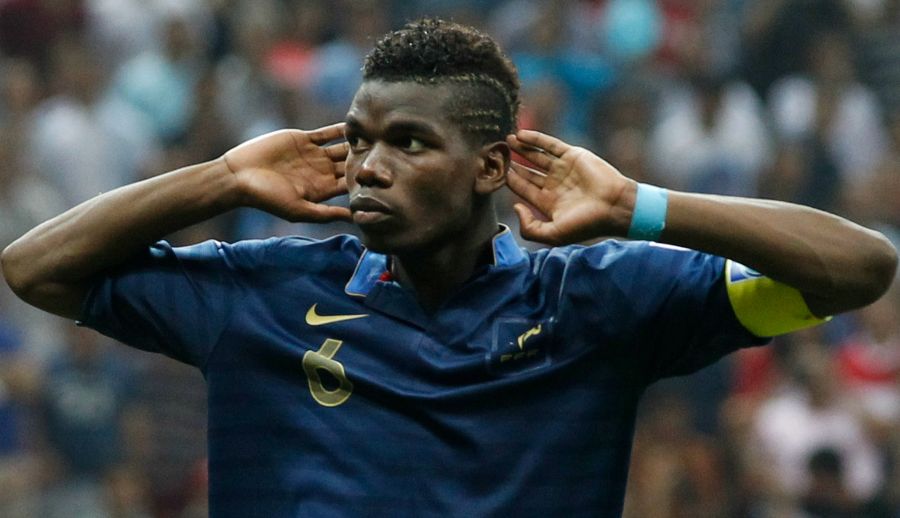 On paper, Roy Hodgson has one of the squads of the championships to pick from, with pace and verve all over the pitch in players such as Jamie Vardy, Dele Alli and Harry Kane. But tournaments aren't won on paper, and England have historically relied on their big names far too much instead of blooding youngsters at the sharp end of tournaments, and we expect a team built around mainstays of the qualification campaign such as Wayne Rooney, Gary Cahill and James Milner to disappoint.

While we peg England to, at best, reach the semi-finals, their fellow United Kingdom representatives, Wales, might be seen as better value to win the group, being +450 to do so. England are -120 and Russia +275, but Wales, led by Gareth Bale, will always have a chance in games and can succeed in what may be a pivotal second match against their British Isles counterparts, England. A Wales-England 1-2 finish is +900. 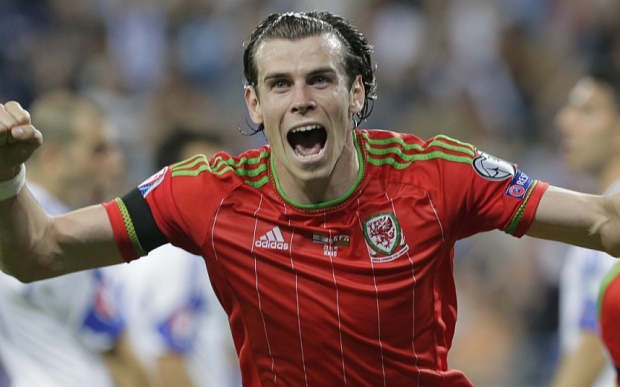 Germany (+300 to win the tournament) are favorites to win Group C, as they are up against Poland (+5000), Ukraine (8000) and Northern Ireland (25000) , three sides who offer fairly little in the way of pedigree against the current World Champions.

Germany may be the reigning champions of world football, but friendly defeats (inlcuding an improbable 3-2 defeat having been 2-0 up against England) have suggested that Joachim Low's side may be waning ever so slightly.

Poland's Robert Lewandowski will cause every defense in Group C problems, but we certainly see Germany topping this group. As expected, they are heavily favored at -325. After that, however, we think they might run into some issues, especially against young, pacey teams such as France, England or Belgium. We wouldn't suggest backing Germany to add the European Championship to their World Cup in successive tournaments. 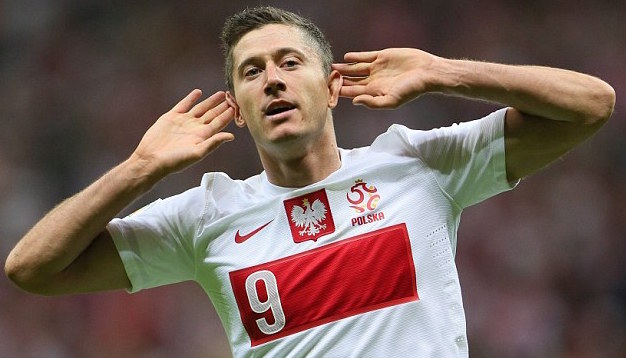 Group D is already being hailed as a 'Group of Death' by many observers, with Spain (+300 to win their third European Championships in a row) up against a tough range of opponents. Croatia (+2800), Turkey (+8000) and the Czech Republic (+8000) will all provide stiff opposition that could well see Spain fail to escape the group stage, just as they did in the 2014 World Cup in Brazil.

While Croatia are perhaps the most technically gifted side standing in their way, neither Turkey nor the Czechs will be pushovers, and we like a Croatia/Turkey progression at +1100 as the value bet from the group.

Past the group stage, if Spain progress, they are obviously going to be a threat. They have a gifted midfield and some fine attackers. But we don't see them retaining their trophy for what would be a record fourth all-time win. Instead, back their group stage opponents to score or win against them in the group stages. 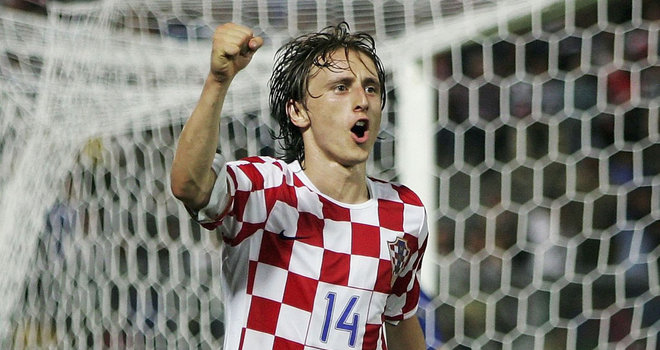 Belgium are favorites to top Group E, and are a short price of (+1000) to win the tournament outright, which with the injury to Vincent Kompany, seems terrible value.

As exciting as the Belgians can be to watch, with the talents of Eden Hazard and Romelu Lukaku on display, they are generally unsuccessful in tournaments, and this trend wasn't reversed in Brazil 2014.

Italy(+1600) are far more successful in tournament history and are much longer odds to take the trophy, being +1600.

In that regard, +160 for Italy to win Group E looks great value.

As for the other teams in the group, both present problems to the favorites. Republic of Ireland (+10000) will be no-one's picks to win the tournament, but they are an obstinate team to overcome and may trouble even Italy.

Sweden (+8000) have Zlatan Ibrahimovic and can cause anyone issues, but we don't see them escaping the group. While no-one from Group E is our pick to win the tournament, Italy should still be the biggest threat to teams from other groups with their tournament know-how. 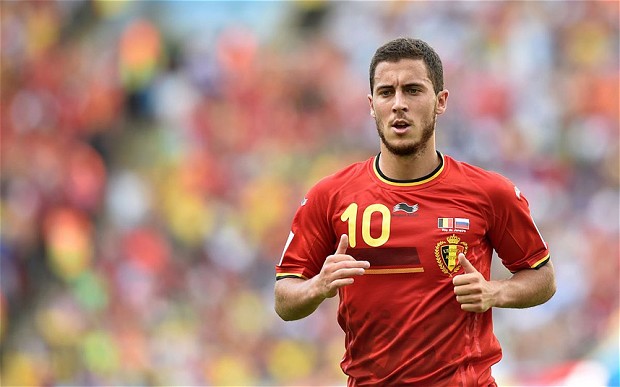 Group F may not sound like the most dramatic selection on paper, but in it you'll find our surprise tips for Euro 2016.

An exciting player capable of dragging his team through matches single-handedly may look like gold dust to some, but for all the talents of Cristiano Ronaldo, it's not Portugal (+1800) who are our tip to win the biggest prize in European International football, but Austria.

With stars such as David Alaba, Mark Janko and Christian Fuchs, Austria are going to cause trouble for anyone they face, but they also feature our outside bet for top goalscorer in Marko Arnautovic.

The Stoke striker can be a match for anyone on his day, and in Hungary and Iceland, he has group opponents who should be no match for a team who won nine and drew one of their ten games in qualification, which included Russia and Sweden!

Arnautovic is 100/1 on the European markets to be top scorer, and if he bags a couple against Austria's first opponents, Hungary, then he will never be that price again. We won't put you off an each-way bet on Austria at (+3300) to 'Do a Greece' and win the whole tournament. They're +1400 to make the final and +200 to win Group F. 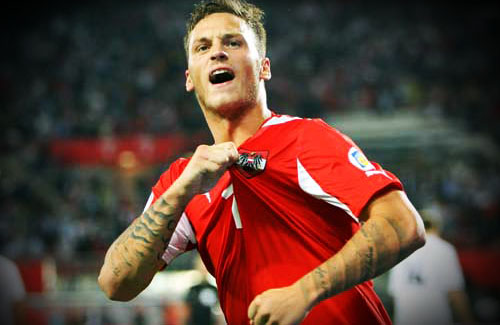