The St. Louis Blues will look to pick up its fourth consecutive victory when they host Winnipeg while the Ottawa Senators winners of four of their last six host the Florida Panthers.

Here are a few NHL betting options to consider for Saturday night games, with odds courtesy of Bet365.

It’s three and counting for the red-hot St. Louis Blues, who are seeking a fourth straight victory on Saturday night when they host the visiting Winnipeg Jets at Scottrade Center.

The Blues, who have won seven of their last eight contests, are trying to keep pace for the Central Division lead, currently held by the Chicago Blackhawks. St. Louis enter Saturday night’s contest as -192 favorites, while the Jets — losers of six of their last eight games — are +167 underdogs.

Even when the Blues are a man down they’ve been superb defensively as the club boasts the second-best penalty kill in the NHL, with an 86.8 percentage rate.

You’ve probably heard the name Mark Scheifele tossed around this season. If you haven’t, it’s about time you glance at the NHL scoring leaders as the Jets forward sits fourth in points with 26 — just one behind Tarasenko.

The Blues have owned the head-to-head matchup over the last 10 games, winning seven of those meetings during that span.

Are you betting the spread? The Blues are appealing -1.5 favorites — a line that St. Louis is more than capable of covering. 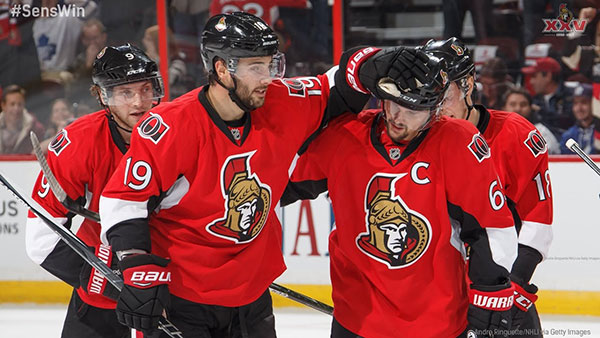 The Guy Boucher era seems to be paying off early in Ottawa as the Senators sit second in the Atlantic Division and are showing no sign of slowing down.

The Sens, winners of four of their last six games, will wrap up a three-game home stand on Saturday with a match against the Florida Panthers, who enter the highly anticipated matchup as -125 favorites.

The Panthers have been inconsistent all season long as last year’s Atlantic Division champions find themselves on the outside of the playoff picture looking in. The Senators, who boast one of the stingiest defenses in the NHL, are intriguing +105 underdogs.

Boucher, in his first full season as head coach of the Senators, has implemented a strong defensive system that made him famous in Tampa Bay in the past. Ottawa’s 2.46 goals against per game average is eighth best in the league.

Florida have the slight advantage in the head-to-head series over the last 10 games, as the Panthers own a 6-4-0 record during that span.

BetOnline has set the over/under total goals line at 5, but don’t expect these two low-scoring clubs to go over. 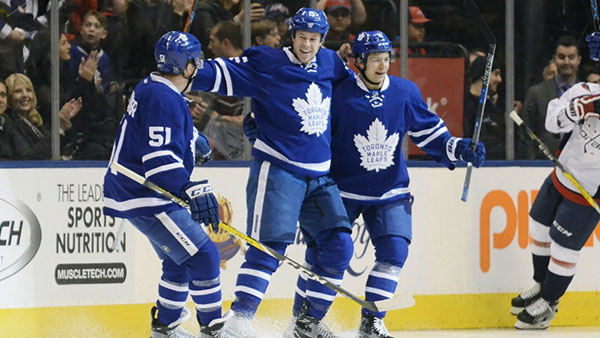 The last time these two clubs faced off there were plenty of fireworks. You can expect emotions to boil over again on Saturday night when the Toronto Maple Leafs travel to Vancouver to face the struggling Canucks.

The rebuilding Leafs will wrap up a three-game western road trip as -132 favorites, despite coming off a shutout defeat against the Calgary Flames. The Canucks are intriguing +110 favorites playing at home.

As the youngest team in the NHL, the Maple Leafs have three players challenging for Calder Trophy honors as rookie of the year. Mitch Marner is leading the way with seven goals and 19 points, but don’t lose faith in 2016 No. 1 overall pick Auston Matthews, who is sure to make a late charge.

The Canucks are allowing three goals per game — fifth most in the NHL — which doesn’t bode well considering the Maple Leafs have scored the sixth most goals during the 2016-17 campaign.

The head-to-head matchup has been split down the middle over the last 10 games as both the Leafs and Canucks have won five games apiece. Three of the last four meetings between these two clubs have produced over outcomes and if you’re betting the over/under, expect that trend to continue based on Bet365’s 5.5 line.