Here are a few NFL betting options for Week 10 matchups, with odds courtesy of Bet365.com. 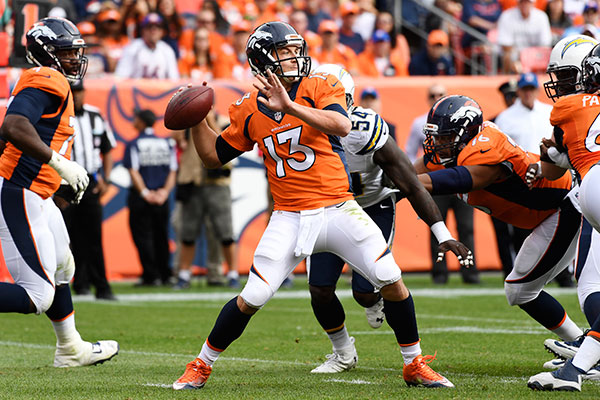 Drew Brees will try to guide his team to a third straight victory on Sunday when the New Orleans Saints host the defending Super Bowl champion Denver Broncos at the Mercedes-Benz Superdome.

Back-to-back victories have the Saints entering Sunday’s matchup as the -135 favorites, while Bet365 is offering an enticing +115 line for the underdog Broncos.

This will be a matchup that features the best offense in the league against one of the NFL’s top defenses. The Saints lead the league in total offense with 434.5 yards and rank third with 29 touchdowns heading into Week 10.

The Broncos’ stingy defense hasn’t been as potent as last season’s Super Bowl winning club, but Denver still ranks 10th in points against after allowing 166 through nine games.

The clubs have only met four times since 1994. However, Denver have owned the head-to-head matchup against New Orleans, winning all four meetings during that span. The Broncos have averaged 35.00 points and 194.5 rushing yards per game.

If you’re betting the over/under, Bet365 has set the total points line at 48.5. In their last five games, the Saints have posted 30 or more points twice and put up 40 or more once. It will be tough to find that offensive production against the Broncos’ world-class defense. 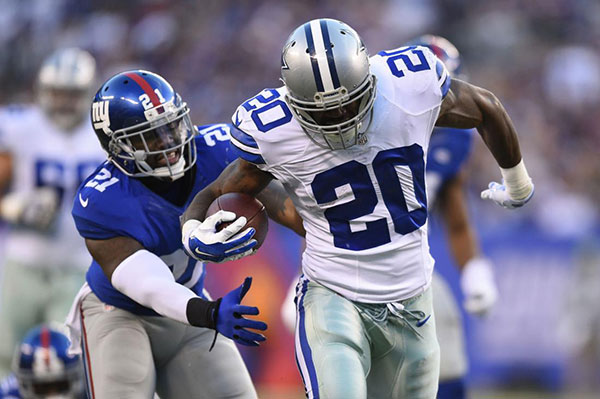 Considered a Super Bowl favorite at the beginning of the season, the Pittsburgh Steelers have fallen on hard times. Losers of the three straight, the Steelers hope to shake off of their slump against one of the NFL’s hottest teams on Sunday at Heinz Field.

Despite their skid, the Steelers remain the -140 favorites heading into the highly anticipated Week 10 clash against the Cowboys, who are +120 underdogs.

Dallas will enter a hostile environment at Heinz Field but the Cowboys have yet to lose a road game this season, posting a perfect 4-0 record away from AT&T Stadium.

Putting up points hasn’t been an issue for Cowboys’ rookie quarterback Dak Prescott. Dallas’ defense have also been a pleasant surprise as the club ranks fourth in the league in points against, allowing just 140 through eight games so far.

The teams haven’t met since 2012 when the Cowboys escaped with a three-point victory at home. In five meetings between the two clubs since 1996, Dallas holds the slim advantage, posting a 3-2 record during that span.

Bet365 has set the over/under total points line at 50.0. With Prescott facing off against Steelers QB Ben Roethlisberger, this match has all the makings of a high-scoring affair.

You probably remember the last time these two teams faced off. If not, let me refresh your memory: Super Bowl XLIX — the game the Seahawks didn’t hand the ball to Marshawn Lynch on the final drive, which eventually set up a Patriots victory.

More than a year later, the Seahawks will look for a little revenge on Sunday against the AFC East leading Patriots at Gillette Stadium.

The Patriots — only one of two teams in the NFL with a 7-1 record — enter Sunday’s contest as the -350 favorites. The Seahawks are +275 underdogs.

After missing the opening four games of the season because of suspension, future Hall of Fame quarterback Tom Brady has yet to lose a game since returning in Week 5 and has a completion rate of 73.1 percent. Brady will be kept on his toes against a Seahawks team that ranks third in the NFL with 27 sacks this season.

The head-to-head battle between these two clubs has been tilted in favor of the Patriots, who own a 3-1 record against the Seahawks during that span.

Patriots’ tight end Rob Gronkowski has found the end zone in three straight games and will look to continue his touchdown streak against Seattle.

Bet365 has set an intriguing over/under line 48.0. While it’s tempting to take the over, the Pats will escape with a win in this game, which is sure to be a tight match.

Pick: New England Patriots (-350) and the Under