Lucas Perez to score for Arsenal against Stoke City 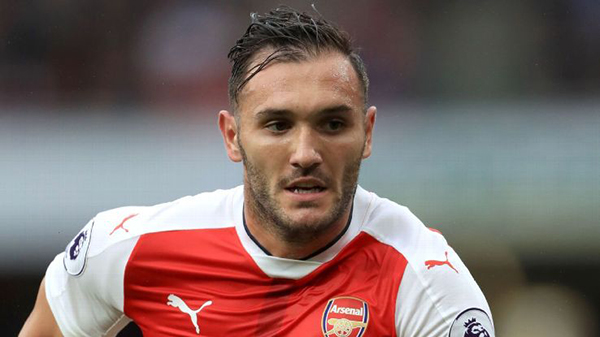 Arsenal, second in the Premier League, host a resurgent Stoke City, who are third in the table on form over the past six games, knowing they need all three points to keep the pressure on Chelsea.

Last season this game finished 0-0 at the Emirates but there is little chance of a similar score in this fixture. Arsenal have scored 33 goals this season while Stoke have conceded 19 goals, eight of those coming from two games against teams in the top four.

My pick to get on the score sheet in this game is Spanish striker Lucas Perez. The 28-year-old hasn’t had the happiest of times since his £17.1 million move from Deportivo, managing only three games in the Premier League, two of which were as a substitute.

However, Perez was given a start in Arsenal’s UEFA Champions League game away at FC Basel and he responded by bagging himself a hat trick so will be full of confidence going into the weekend’s fixture against the Stoke side who have a habit of giving too many opportunities to their opposition’s strikers.

Perez is +400 to open the scoring and +100 to put the ball in the Stoke City net before the referee blows the final whistle.

Jermain Defoe to score for Sunderland against Swansea City

Both Swansea City and Sunderland have endured dreadful starts to their seasons with Swansea on only nine points from 14 games. This is a real “six-pointer” that both teams need to win, but I think Sunderland will walk away with all three points.

Swansea have conceded 31 goals this campaign and kept only two clean sheets, ranking them the worst defense in the Premier League, and although Sunderland are not a team full of goals, they have one man who must be relishing playing against such a porous back line.

I am, of course, talking about Jermain Defoe. The 34-year-old may be entering the twilight of his career but he is still banging in goals on a regular basis. Defoe has eight league goals, scoring about every 157 minutes. His eight goals have come from only 21 shots. Compare this to Sergio Aguero, who has 10 goals from 46 shots, and you can see how deadly Defoe is.

Odds of +450 are available on Defoe being the first player to score and +125 to score at any time during the 90 minutes. I particularly like the latter because his pace and positioning will cause havoc as the Swansea defense tires late on in the game.

Jamie Vardy to score for Leicester City against Manchester City

This time last year, Jamie Vardy was celebrating breaking Ruud van Nistelrooy’s long-standing record by scoring in 14 consecutive games. Fast forward to today and Vardy only has two league goals to his name in 12 starts and looks a shadow of his former self.

So why pick an out-of-form striker whose team are only two points above the relegation zone? Simply put, the Manchester City defense, who Vardy faces this weekend, gives too many chances to their opponents and Vardy is due a goal. Actually, he’s due a bagful.

Top strikers don’t suddenly become bad players overnight. Vardy hasn’t scored in the league since netting in the 4-1 defeat against Liverpool on September 10, which also coincides with him removing his famous all-blue cast from the wrist he broke last season.

Vardy was also rested for Leicester’s Champions League game with FC Porto along with several other key players, so Vardy should be 100% fit for the visit of Manchester City this weekend.

Due to his poor run of form, Vardy is a huge +750 to score first in this game and +220 to score during the 90 minutes. I particularly like the latter due to Vardy’s electric pace which will be a real handful once the game wears on.