Who Will Score In Week 8 Of The EPL

The English Premier League returns this week after a week-long hiatus for FIFA World Cup qualifying games. All of the big teams are in action, but will their forwards find the back of the net on Week 8? Lets find out.

Cesc Fabregas to Score for Chelsea Against Leicester City 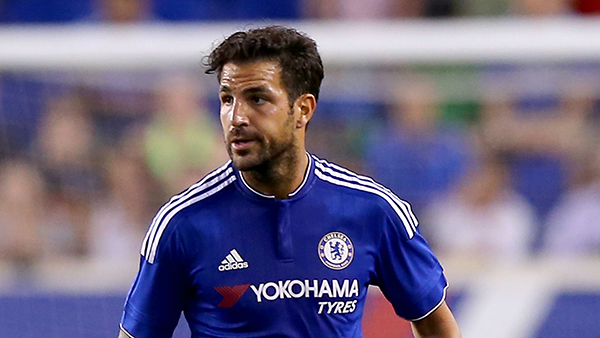 Chelsea and Spain midfield maestro Cesc Fabregas has come under criticism for not scoring enough goals, even though he's known for creating an abundance of chances for his teammates.

Fabregas has never been a prolific goal scorer. He did, however, bag 28 goals in 96 appearances for Barcelona. The talented midfielder hasn’t scored in the Premier League since a 1-1 draw against Leicester City in the final game of the 2015-16 season. His only goals of the current campaign came in the 4-2 win in the EFL Cup against, you guessed it, Leicester City.

Bovada are offering +700 on Fabregas to score first in this latest Chelsea-Leicester clash, but, since Fabregas is no longer one of the first names down on the team sheet, I prefer the +210 to score anytime.

Jamie Vardy to Score for Leicester City Against Chelsea

Jamie Vardy had the season of his life when Leicester City lifted the Premier League trophy, scoring 28 goals from 48 games in all competitions. This season Vardy is struggling to score goals and has only potted three in 12 games.

Vardy scored once against Chelsea last season, his pace a massive worry for Gary Cahill in the heart of the Chelsea defense.

Including cup and international games, Vardy is now seven games without a goal. The last time he went this long without scoring was in December 2015, after which he went on to score three goals in two games.

Theo Walcott to Score for Arsenal Against Swansea City

Swansea are fourth from bottom in the league and have entrusted their Premier League fate to American Bob Bradley, who will be in charge for the first time this weekend. Bradley has the unenviable situation of taking charge for an away match to Arsenal. This could be a baptism of fire for Bradley but we're sure he'll try to organise his team to combat Arsenal's pace and skill.

No matter how much Swansea's players would like to impress their new manager, Walcott’s speed, along with the way Arsenal are playing at home, should see the England frontman get his sixth goal of the season in an Arsenal victory.

Bovada price Walcott as +450 to score first (only Alexis Sanchez and Lucas Perez are shorter) and +115 to bag a goal at any time of the game. You should jump all over that bet.