Unless horses scratch from the race, it looks like a full field will go postward on Saturday, June 10 for the third jewel of the Triple Crown at Belmont Park in Elmont, N.Y.

This is the track where champions are crowned — in the history of thoroughbred racing only 12 three-year-old colts have completed their run for glory and joined the exclusive club. The Belmont, known as the “test of a champion,” is also the oldest of these prestigious races, first run in 1867. 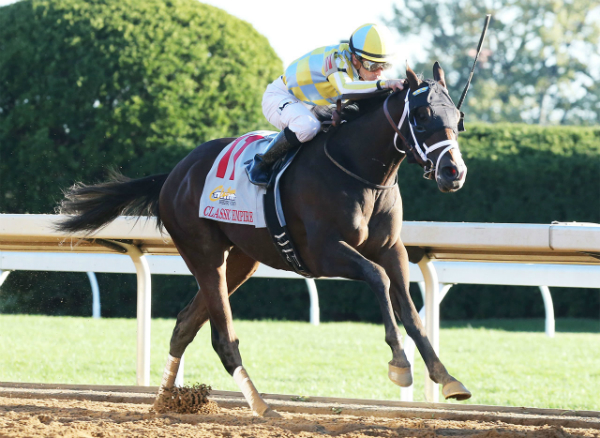 The 1 1/2-mile marathon promises to be a great betting race. Creator (16-1) won by a nose in an exciting finish last year. Let’s take a look at this year's contenders (morning line odds provided by bodog.eu):

Classic Empire (2-1) — Classic Empire, who finished fourth in the Derby and second in the Preakness, will likely be the favorite. But this is the two-year-old champion’s fourth major stake event in eight weeks — a grueling journey that would take a toll on any horse. The son of Pioneerof the Nile has a 5-1-1 record in nine starts, but only one victory this year. Look for the two-year-old champion to be near the leaders throughout the 12-furlong race as he tries to avoid traffic troubles.

Lookin At Lee (5-1) — Winless in five starts this year, Lookin At Lee is the only other horse in the field to have raced in the first two legs of the Triple Crown. He closed from 17th in the Derby to finish second. The son of Lookin At Lucky was dead last in the Preakness before rallying to finish fourth. No doubt the added distance of the Belmont will help this colt’s late charge. He has a 2-3-2 record in 11 lifetime starts, which is not a great win percentage for top three-year-old colts.

Epicharis (5-1) — Japanese invader Epicharis has done nothing wrong in five lifetime starts. He controlled the lead throughout the UAE Derby in the United Arab Emirates, holding off all challengers before prohibitive favorite Thunder Snow caught him in the final strides to win by a nose. This colt’s a fighter. The lightly raced son of Gold Allure comes into the Belmont fresh. He’s been off for 10 weeks, even though he’s traveled around the world to get here. He has a 4-1-0 record in five starts and faces the biggest test of his career in the Belmont.

Irish War Cry (9-1) — The son of Curlin has thrown in two clunkers in his six lifetime starts. He either wins or finishes up the track. Unfortunately, his worst race was on Churchill Down’s sloppy track in the Derby where he finished 10th. He’s also never won a Grade 1 stake event. But New York is home to his greatest victory in his young career when he won the Wood Memorial at Aqueduct. In his six lifetime starts, he has a 4-0-0 record. He’s another colt that promises to be near the lead throughout the Belmont.

Patch (18-1) — The Derby was a tough assignment for him, his trainer Todd Pletcher said. The son of Union Rags started from the extreme outside in the field of 20 for the Derby. The one-eyed horse and crowd favorite finished 14th. His sire won this race in 2012, so the distance shouldn’t be a deterrent. He’s only been in the starting gate four times, but he has a 2-1-0 record.

Prediction — Classic Empire is the most talented horse remaining on the Triple Crown trail and he deserves to win one of these races. But the miles and training have been adding up. It’s usually not a good recipe for success for thoroughbred race horses. Pick Epicharis to win and box him in the exacta with Irish War Cry.