That term has become synonymous with the NFL because anything can and will happen during the course of a season. While that's exciting to the everyday fans, the Jekyll and Hyde behavior comes at a cost for bettors — unless you spot the dark horse early.

While the underdog isn't going to win that often, just hitting on a few under-the-radar plays will make up for those losses and more. Here are the best underdog plays for the 2017 campaign. Odds are courtesy of BetOnline. 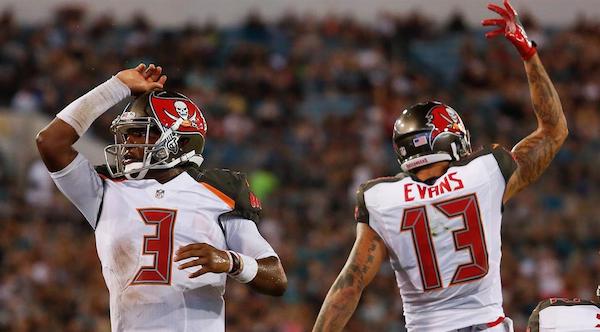 We're not the only ones that think the Buccaneers will be contenders this year. But the same sentiment hasn't translated to the sports books. Tampa Bay is a distant third to Atlanta and Carolina to win the division crown.

With the offseason additions of speed demon Desean Jackson and freak-of-nature rookie O.J. Howard, the Buccaneers offense is about to be scary good. Jackson is Jameis Winston first deep threat since entering the league and a perfect complement to Pro Bowler Mike Evans. Howard is a freakish specimen that'll bail Winston and Tampa's running game out. Expect big things from this team.

Defensive Player of the Year

Joey Bosa's rookie campaign got off to a rocky start. He didn't sign his contract until after training camp, then sat out the first four games with a hamstring injury. But Bosa's first year ended with a bang. The game-wrecking defensive end piled up 10.5 sacks and 49 quarterback hurries en route to a Defensive Rookie of the Year honors.

Bosa just turned 22 years old. His sophomore year should be better without off-the-field distractions and injuries. With Bosa leading the way, San Diego's defense will be sneaky good.

Baltimore has fallen on hard times. Since winning the Super Bowl four years ago, the franchise is 31-33 and has missed the postseason three of the past four years. The pressure is on to perform in 2017 — and the Ravens aren't the type to crumble under fire.

John Harbaugh remains one of the NFL's finest head coaches and Joe Flacco is one of three active quarterbacks to win a Super Bowl as a starter. However, Baltimore's resurgence will come courtesy of a rebuilt defense. Free agents Tony Jefferson and Brandon Carr, plus first-round pick Marlon Humphrey, are giant upgrades to the secondary.

Offensive Rookie of the Year

No position adjusts from college to the NFL faster than running back. Two of the last four Rookie of the Year winners have been runners, which makes Dalvin Cook, Leonard Fournette, and Christian McCaffrey attractive plays.

What makes Cook the go-to pick is that he's on the best team of the three and the unquestioned starter. Fournette plays on a bad Jacksonville team that will struggle to move the ball, while McCaffrey will split time with Jonathan Stewart. Cook will excel behind a vaunted Minnesota offensive line.

Ok, this isn't an "underdog" pick per se, as Green Bay has the second best odds at winning the Super Bowl. However, at +950 odds, the Packers are still longshots with a hefty payoff.

No disrespect to Tom Brady, but Aaron Rodgers is the most prolific passer in the league. As good as Rodgers is, adding tight end Martellus Bennett to his arsenal makes him even more dangerous. This might be Rodgers' most talented supporting cast yet — which means a Cheesehead Super Bowl victory is imminent.