After grinding out a Game victory on the road at Oracle Arena, the Cleveland Cavaliers will now look to force an improbable Game 7 with a win over the Golden State Warriors in Game 6. Can they do it? Or will the Warriors thwart their hopes? We use TopBet’s lines to find out. 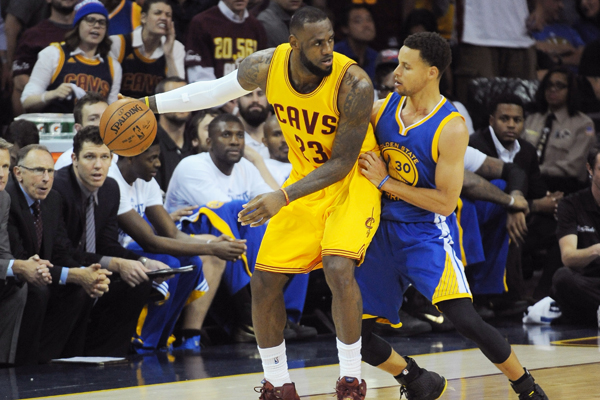 Very few people saw this coming. The Cleveland Cavaliers looked like they were done after Game 4. Finished. Kaput. Dead where they stood. But a perfect storm of events guided them toward an unexpected victory in Game 5.

First, Draymond Green was suspended for hitting LeBron James in the groin during Game 4. The Golden State Warriors, though more than capable than winning without him, missed his defensive versatility and plamaking on the offensive end.

Second, albeit leasly notably, the Warriors lost Andrew Bogut early in the third quarter of Game 5. He doesn't always log a ton of minutes, but with Green out, he instantly became their defensive anchor. Without him, the Warriors' ability to stop Cleveland was impeded even further.

Third, and this is the most imporant thing, Kyrie Irving and LeBron absolutely exploded. They combined for 82 of Cleveland's points. LeBron flirted with a triple-double, all while playing outstanding defense. The supporting cast wasn't good, or even great, but those two carried the Cavaliers to victory.

And that should concern the Cavaliers.

Yes, we're being serious. The Warriors were sloppy in Game 4, telegraphing passes and missing a ton of open looks. Stephen Curry in particular was off his game, committing turnovers and shooting 2-of-10 on uncontested shots.

To top it all off, LeBron and Irving waged their offensive war by draining ridiculously difficult looks. They combined to shoot 16-of-30 on contested field-goal attempts. That's absolutely nuts.

For as bad as the Warriors looked at points, their struggles feel more unsustainable than the Cavaliers' success. Their Game 5 victory, while impressive, was the product of everything that hasn't gone right this series completely reversing course. They cannot bank on that happening again.

Rattling off another victory becomes even more difficult with Green back in the fold. Both the Warriors' offense and defense should be better. And even if they aren't at their absolute best, the Cavaliers have yet to withstand the Warriors' best shot and win. In fact, during Game 4, when they witnessed the Warriors at their best, the Cavaliers bent, then broke, proving fully incapable of keeping pace with an explosive Big Three of Green, Curry and Klay Thompson.

Game 6 should be close. The Cavaliers have only lost once at home and are riding momentum. But the Warriors, even without Bogut, are just better. They should do what they couldn't in Game 5 and close this series out.