Who Will Score On Gameday 12?

Marcus Rashford to Score for Manchester United vs. Arsenal 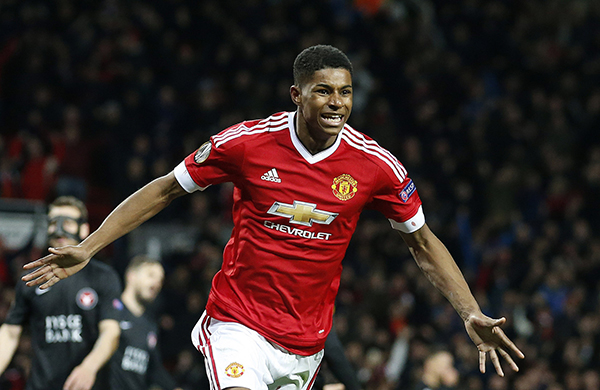 Manchester United’s Marcus Rashford enjoyed a dream debut season in 2015/16, scoring nine goals in 21 appearances in all competitions, with the majority of those games seeing him come into the game as a substitute.

Rashford has only appeared seven times in the league this season and has scored three goals. He is, however, without a goal in his previous nine games in all competitions.

With Wayne Rooney likely to miss the game against Arsenal, Jose Mourinho could give Rashford a start up front. Rashford’s pace is enough to frighten even the most seasoned of defenders. United, with Arsenal being without Hector Bellerin at right back, could find plenty of joy down their left side, which could supply Rashford with the ammunition he needs to hurt The Gunners.

Bovada price young Rashford at +500 to score first and +160 to score at anytime. That last bet seems the best because there are no guarantees Rashford will appear from the start.

Harry Kane scored in the 1-1 draw against Arsenal upon his return from injury, making it three goals from six Premier League appearances this season, and I fully expect him to make it four goals in seven games once the game against West Ham United is all said and done.

Kane has been in the headlines this week after negotiations about a new contract apparently broke down. Some players could go into their shell when their future at their club is in doubt, but Kane strikes me as a model professional, one who is going to do everything in his power to get on the score sheet and prove to his managerial team that he is worthy of the money he has asking for.

When Spurs beat West Ham 4-1 at White Hart Lane last season, Kane bagged a brace of goals. He also scored in the 2-2 home draw during the 2014-15 season.

If you think Kane will open the scoring in this fixture, Bovada will give you odds of +350 or +100 to score before the referee blows the final whistle.

Roberto Firmino to Score for Liverpool vs. Southampton 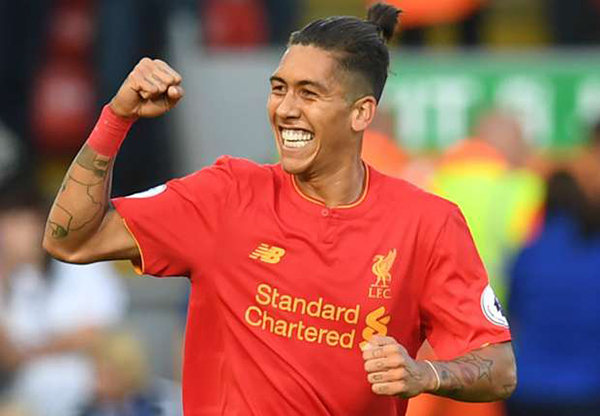 Many soccer pundits have been tipping Liverpool’s Roberto Firmino for greatness, but until recently he was lacking in the goal scoring department. During 2015/16, Firmino made 51 appearances in all competitions and scored 12 goals, but the Brazilian already has six goals in 12 games this season, including goals in each of his last two games.

The free-flowing attacking style Jurgen Klopp has his Liverpool team playing suits Firmino perfectly and he looks to be enjoying his time on the pitch. Southampton, Liverpool’s next opponents, may have the fifth best defence in the Premier League this season, but they have conceded at two goals to Chelsea, Arsenal, and Manchester United, while keeping clean sheets against teams at the wrong end of the table.

Odds of +500 are available on Firmino’s being the first name on the score sheet, although I’d be more tempted by the +150 to score during the 90 minutes. As the game draws on, Firmino’s darting runs from deep should cause the tiring Southampton defense a whole host of problems.