Both Switzerland and Albania will look to turn heads at Euro 2016. The Swiss are looking to advance out of the group stage for the first time at a European Championship, while Albania is making its debut at a major international competition.

There won’t be much brotherly love on the pitch when Switzerland and Albania open Euro 2016 at Stade Bollaert-Delelis on Saturday.

The Xhaka brothers — midfielder Granit for Switzerland and defender Taulant for Albania — will face off in their Group A opener, becoming the first siblings to play one another in a European Championship match.

“To play against each other is absolutely the last thing we could wish for,” Granit told goal.com leading up to the highly anticipated game.

Granit’s chances of making a run are much greater than Taulant’s as this may be Switzerland’s year to create some magic at the European Championships.

The Swiss, led by Bosnian-born manager Vladimir Petkovic, have never advanced out of the group stage at a European Championship, but that is due to change in favourable Group A, which also includes favourites France and Romania.

There’s much more at stake in this game for the Swiss, who are at +400 to finish second in the group behind France, according to Bovada odds.

On the flipside, Albania is making its Euro debut as the tournament’s biggest underdogs according to Bet365 odds, which have them at 500/1 to win it all.

The Swiss are favorites at -125 to take the Euro 2016 opener, according to Bovada odds. Historically, Switzerland has fared well against their Albanian counterparts, holding a commanding record of five wins and one draw in six international meetings.

Switzerland will go with a 4-2-3-1 formation, while the Albanians will look to use a 4-3-3 setup to produce more offence. 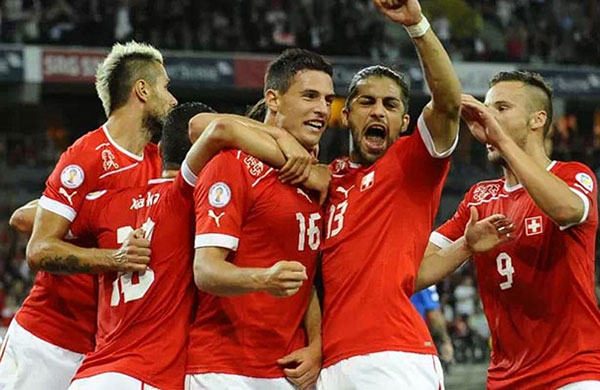 Keep an eye on 24-year-old Swiss midfielder Xherdan Shaqiri, who enjoyed a strong season with Stoke and lifted his country through the qualifying stages with four goals while setting up five tallies. Bovada has the combination of Shaqiri to score and Switzerland winning the game at +350.

Another Swiss player to watch is Haris Seferovic — a striker with Bundesliga club Frankfurt who netted three goals in the qualifying stages for Switzerland. Bovada has Seferovic as the favorite to score the game’s first goal at +400 — a clever bet considering the 24-year-old had 13 tallies in 53 caps with Frankfurt.

Seferovic is also Bovada’s favorite — at +165 — to score at any point in the game.

Bovada’s over goal line of 3.5 is a strong bet to consider as Switzerland scored a staggering 24 goals in qualifying and boast a strong midfield that loves to create offence on the counter attack. 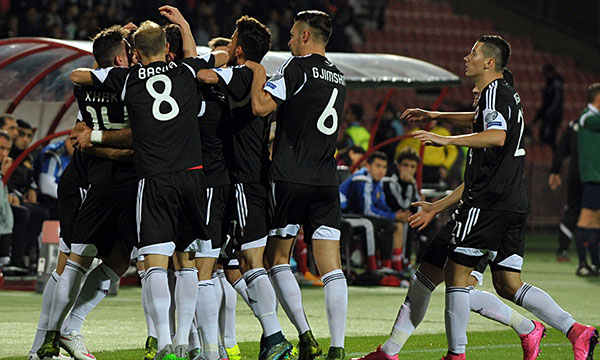 Albania on the other hand has proven it can also win or draw with its stingy defence. The Albanians were able to defeat Portugal 1-0 in qualifying while also holding them to a single goal in a 1-0 defeat.

Expect a tight affair to start the match, as both teams will get their Euro 2016 jitters out of the way in the first half. However, watch for Switzerland to break the game open in the second, with both Seferovic and Shaqiri leading the charge.