Saturday’s NHL slate features two of the game’s greatest rivalries. There’s the Toronto Maple Leafs against the Montreal Canadiens, a showdown that’s been taking place for a century, and the always-intense battle of Pennsylvania between the Penguins and Flyers. 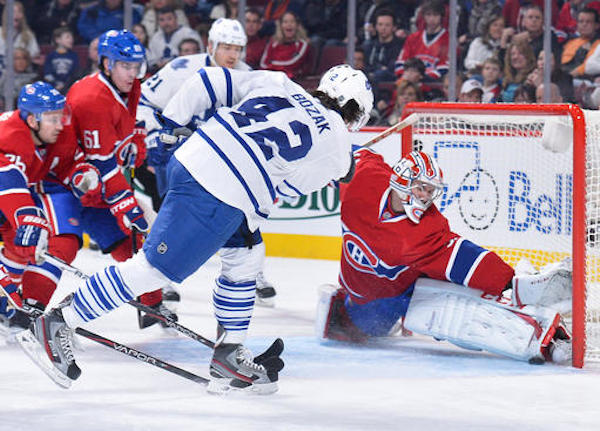 The Maple Leafs snapped a four-game losing streak with a 3-2 win Thursday over the Florida Panthers but Toronto have lost 10 straight to the Canadiens for just the second time in their 100 years of battles. The other time happened in 1958 during the NHL's six-team era. You might not want to bet on Toronto scoring first. The Leafs have trailed in all but one of their seven games this season. Rookie forward Mitch Marner is third on the team with six points.

The Canadiens are 7-0-1 on the season, the only NHL team yet to lose a game in regulation time. The Habs have outscored the Leafs 34-20 during their 10-game run of success against Toronto. Captain Max Pacioretty has points in six of eight games this season and produced multi-point efforts in four of his last five games against the Leafs. Habs forward Torrey Mitchell is all shoot and no pass with four goals and no assists.

The Penguins have won three of the last four meetings with the Flyers but the count differs when the venue is Philadelphia, where the Flyers have toppled the Penguins four of the last five times the two teams have played. The Penguins may welcome back defenseman Kris Letang, who has missed four games with a upper-body inury. Pittsburgh has won two straight since captain Sidney Crosby returned from a concussion.

Both teams will want to stay out of the penalty box. Philadelphia (nine) and Pittsburgh (eight) rank 2-3 in the NHL in power-play goals. Flyers forward Brayden Schenn has 2-3-5 totals in his past two games but in pointless in his last three games against the Penguins. 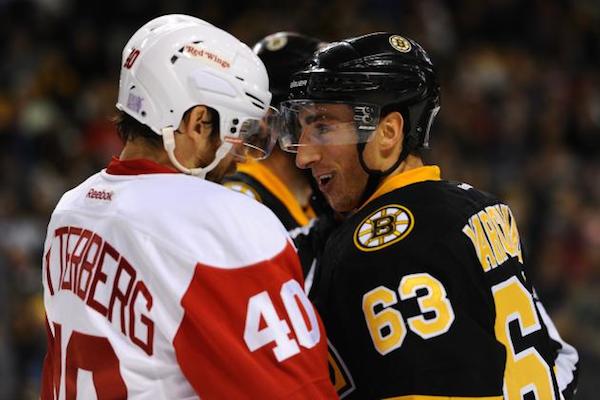 The Red Wings are rolling, winners of six in a row for the first time since January 2015. Detroit is already 4-0 on home ice this season in what will be the club's final campaign at Joe Louis Arena. Jimmy Howard figures to get the nod in net for the Wings. He's 2-0 and has allowed a solitary goal in those two games. Right-winger Thomas Vanek is day-to-day with a hip flexor issue. The Wings have lost seven of nine to the Bruins.

The Bruins have lost three straight and coach Claude Julien's head could be on the chopping block. Injury-riddled Boston is without center Patrice Bergeron (lower body injury), goalie Anton Khudonin (arm/wrist/hand) and right-winger David Backes (elbow). No. 1 goalie Tuukka Rask (lower-body injury) could return to action Saturday but Boston also lost forward David Pastrnak, who has eight points so far. He picked up a two-game NHL suspension for an illegal hit.

It's a rematch of a spectacular seven-game second-round playoff series from last spring. The Sharks lost three of five during an early-season Eastern road swing but are 3-0 at home this season. San Jose goalie Martin Jones is 0-2-2 with a 3.62 goals-against average and .863 save percentage in regular-season play against Nashville as a Shark. The Predators were the only team to beat Jones in a regular-season game in San Jose last season.

Nashville goalie Pekka Rinne is 10-5-4 against the Sharks with a 1.80 GAA, the best of any goalie against San Jose since the 2008-09 season. Predators forward Viktor Arvidsson already has two multi-point games this season.