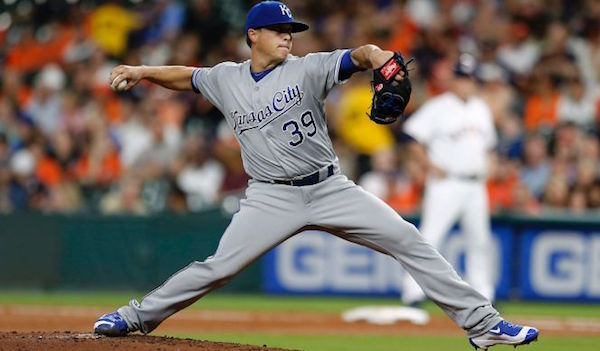 Firmly entrenched in the AL West race, the Mariners have turned plenty of heads this season. Buoyed by a resurgent Robinson Cano (above .300 batting average) and a powerful bat in veteran Nelson Cruz (20+ home runs), Seattle has set itself to make a playoff run.

The best pitcher on the staff for Seattle is former Cy Young winner Felix Hernandez. The All-Star has an outside shot of pitching against the Royals on Sunday, but the best bet for Seattle to win is on the Friday start with 8-6 Hisashi Iwakuma. Wade Miley (6-5) is the other for sure starter on Saturday. While Seattle is a tad above .500, the Mariners are actually on pace for one of their best seasons since the 2000's started.

Additionally, in their first matchup this season, the Mariners took two of three games from the Royals at home and won by a combined score of 7-0 in their two victories.

Meanwhile, the reigning World Series champions have fallen to third place in the AL Central behind the Indians and the Tigers. Though the Royals have not been as dominant this season, they still have the makings of a championship roster.

Young flamethrower Yordano Ventura (6-6) has been inconsistent this season but has one of the brighter futures of the young AL Central players.

First baseman Eric Hosmer is the team leader in the batter's box by notching the best batting average, RBI and doubles mark on the team. In the team's only other series on the year, Kansas City's lone win came on an awesome performance from shortstop Alcides Escobar. The native of Venzuela had three hits in the victory while Hosmer notched a home run to secure the 4-1 win.

Though Kansas City is somewhat off their pace from a season ago, they are still a very strong team at home. The Royals are an AL-Central best 27-11 at Kauffman Stadium and will be looking to regain some momentum going into the All-Star break.

Prediction: Kansas City wins 3 out of the 4 games

In the premier NL East rivalry, the Mets and Nationals will clash one more time before the All-Star Game.

As two playoff squads in 2015, it's no surprise that both New York and Washington are contenders again this season. However, it is actually the Nats who have surpassed the 2015 National League Champion Mets as not only the favorite in the NL East, but also to win the World Series outright.

Washington was a powerful foe last season, but they have added a versatile bat in former Mets playoff hero David Murphy, which has paid off big time for the Nationals.

Already this season Washington has dominated the Mets to the tune of going 6-2, including sweeping the Mets at home earlier this season. Outfielder and MVP candidate Bryce Harper is still the obvious centerpiece to the Nationals, but the supporting cast has gotten better each season.

The one big difference this time is the resurgence of starting pitcher Matt Harvey. While it is unknown if Harvey will be in the lineup, he has turned his very poor start into somewhat solid numbers by earning a 3.20 ERA in his last seven games.

The Dark Knight is still a porous 4-10 on the year but could make a strong outing in New York which has been very favorable to the Mets this year as the team has notched a 24-17 record at home.

For New York, their pitching lineup will be tough going into the weekend as the top of their lineup will reshuffle on Friday with flamethrower Noah Syndergaard (9-3) taking the mound. Bartolo Colon (7-4) will take the hill for the Mets on Thursday.

The Nationals have established themselves as the class of the National League, but don't count out the Mets just yet. This series will be much closer than the other outings between the teams with the Mets playing in front of their home fans.

Prediction: The series is split two games each