The match between Colorado Rapids and New York Red Bulls was delayed for almost 30 minutes due to blizzard conditions, and the Red Bulls will be wishing that the game had been called off as they fell to their sixth defeat in seven games to find themselves rooted to the bottom of the overall MLS standings.

Rapids gave a long-awaited debut to Jermaine Jones and he became an instant hero with the home fans, first getting on the scoresheet in the 21st minute to put the Rapids in front, before his perfectly weighted pass set up an 82nd minute winner from Dominique Badji.

The Red Bulls extended their winless streak to four games, with the only positive to take from this fixture being the fact they ended a 337-minute long scoring draught when Ronald Zubar equalized in the 60th minute. The result leaves Red Bulls with only three points so far this season, and the early season favorites for the MLS Cup look like a side in major trouble.

Columbus Crew SC secured their first victory of the 2016 MLS season after a five-goal thriller with New York City FC went their way.

Ethan Finlay opened the scoring, and his 2016 account, thanks to an assist from Justin Meram, who put in a man-of-the-match display by setting up Kei Kamara in the 49th minute to put his side back in front after the talismanic Spaniard David Villa had equalized for the visitors.

Meram then extended Crew’s lead in the 80th minute before Villa scored again for NYCFC seven minutes later, but it proved to be too little too late for the boys in blue.

The match did have some controversy after the referee mistakenly sent off Michael Parkhurst instead of Tyson Wahl in the 86th minute, which led to Villa’s second goal. 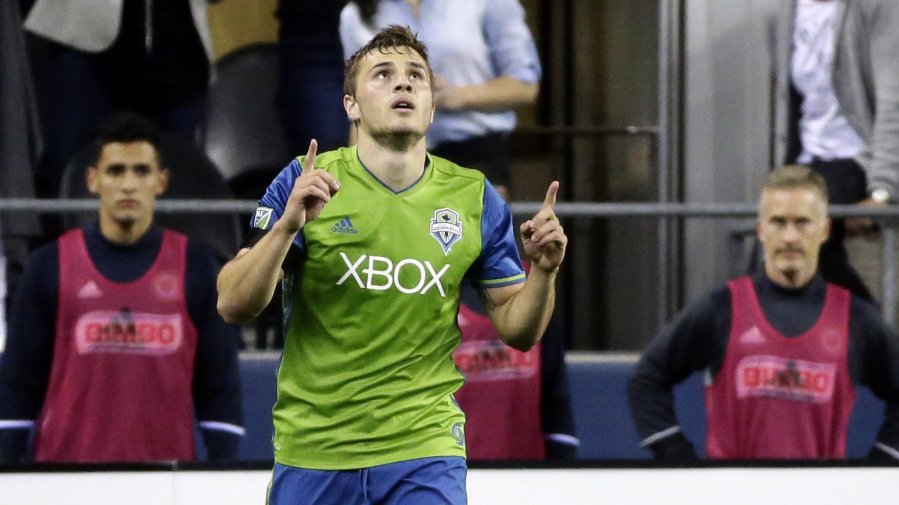 Seattle Sounders claimed their second victory of the season with a 2-1 home win over Philadelphia Union, who had to play most of the second half with 10-men following Roland Alberg’s dismissal for a second yellow card.

Chad Marshall scored his second goal in two weeks, matching his total from the previous three season, in the 41st minute, before highly rated rookie Jordan Morris scored his first-ever MLS goal in the 71st minute to extend the Sounders’ lead.

Union favorite Sebastian Le Toux pulled one goal back for the visitors in the 73rd minute, but the Sounders hung on for all three points.

Have you checked out the highlights from this latest round of MLS games?