Here we are, again, for the third time. It’s the Cleveland Cavaliers vs. the Golden State in the NBA Finals, just as everyone expected. Tip off is set for Thursday. We preview the series packages in advance of Game 1 using TopBet’s lines

All betting lines brought to you by Topbet. 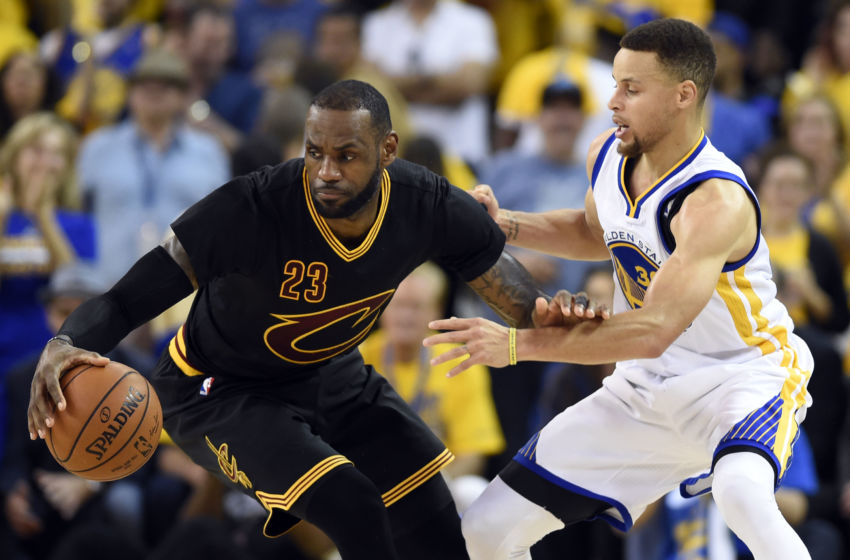 This is the series everyone was waiting for—not just because it was inevitable, but because we, as fans and sportsbettors, deserved to see it.

The Cleveland Cavaliers and Golden State Warriors have each won a title at the expense of the other. This is the third time they're meeting in the NBA Finals in three years—the first time that's ever happened in league history. The Cavaliers erased a 3-1 series deficit to win their championship last year. The Warriors countered by signing Kevin Durant.

So you bet your behind we wanted to see this matchup, particularly when both teams are at full strength and can go toe-to-toe for bragging rights barren of any potential excuses.

And yet, as responsible bettors, we must address the nagging question in the back of our minds: Do the Cavaliers actually have a chance?

It seems crass. They have LeBron James, so by extension, they have a chance. But the Warriors are clearly the superior team, and it's not even close. FiveThirtyEight, a sports analytics website that falls under ESPN's umbrella, gives the Cavaliers a 10 percent shot at winning this series as of our writing. That suggests this will be a quick series, or at least one that's not very competitive.

Take LeBron out of the equation, along with this idea that he can single-handedly lead his team to victory against the best squad perhaps ever assembled, and the odds start to track.

It all comes back to the defensive end. The Cavaliers won't have problems putting up points. LeBron reaches the rim on command, and they've surrounded him with so many shooters it's almost impossible for them to average anything less than 120 points per 100 possessions, as they're doing now.

But the Warriors will punch back with their own potent attack. And while the Cavaliers' defense has been better during the playoffs, they've capitalized on suboptimal competition. Kyle Lowry missed half of the second-round series against the Toronto Raptors, while Isaiah Thomas missed a large chunk of the Eastern Conference Finals. Their teams became exponentially easier to defend without them on the floor.

Plus, the Cavaliers have gotten by thus far on a steady diet of double-teams. They won't have that luxury against the Warriors.

Trap Kevin Durant, and Golden State will need only two passes at most to break Stephen Curry, Klay Thompson or Draymond Green free. Stymie Curry and Thompson off the ball, and you have to deal with Durant's one-on-one scoring abilities. Snuff out a Green-Curry pick-and-roll, and the Warriors can just dump it to Durant in the post.

Sensing a theme here? Because you should be.

The Warriors almost beat the Cavaliers in five games last year. Then they went and added a top-five player, who is probably a top-three offensive contributor, and perhap the best pure scorer of all time.

Do that math, and it doesn't make sense to pick the Cavaliers.