The NBA schedule for the week kicks off with several key matchups, including a mouth-watering clash between the Charlotte Hornets and the red-hot Memphis Grizzlies, who are looking for a fifth straight victory. Meanwhile, the Toronto Raptors are looking to upset the leagues best team in Los Angeles against the Clippers.

Here are a few NBA betting options to consider, with odds courtesy of Bet365. 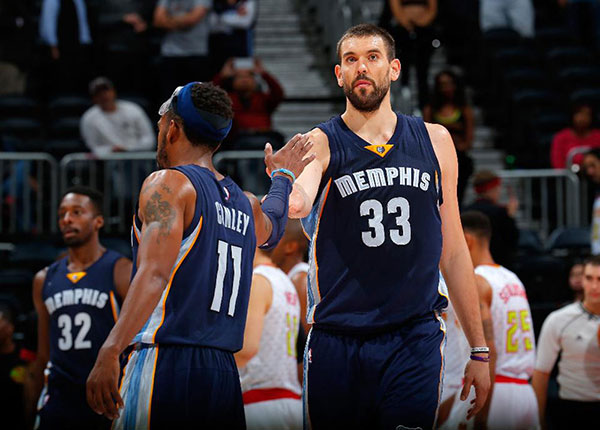 The Memphis Grizzlies are quickly moving up the Western Conference standings and will seek a fifth straight victory on Monday when they travel to Charlotte to face the Hornets.

Charlotte has won four of its last seven games and continues to hold on to third place in the Eastern Conference heading into Monday’s contest. The Hornets are -250 favorites, while the Grizzlies, who are riding a four-game winning streak, are intriguing +205 underdogs.

Expect the Hornets to get to the free throw line frequently on Monday night as Memphis ranks second in the NBA in fouls committed, averaging 24.7 per game. The Grizzlies are among the league’s best teams in steals, however Charlotte has given up the least amount of turnovers this season, averaging just 11.3 per game.

The head-to-head history between these two clubs is a lot closer than you may think. Memphis holds the slim advantage with a 6-4 record over a 10-game span.

The Hornets are averaging well over 100 points per game (105.9), while the Grizzlies have struggled to consistently crack the century mark this season.

Monday’s over/under line has been set at 194 — a mark that should be surpassed when these two clubs collide.

Orlando is hungry for a third consecutive victory, but it won’t come easy on the road against the Milwaukee Bucks, who have been decent at BMO Harris Bradley Center this season.

The Bucks have struggled of late, dropping their three last games. However, Bet365 still pegs Milwaukee as the -227 favorites. The Magic — winners of three of the last four games — enter Monday’s contest as intriguing +185 underdogs.

The Bucks have been brilliant from field-goal range, ranking in the top 15 with at 44.9 percent. Orlando has shot 41 percent from the field, which puts them second last in the NBA only behind the Dallas Mavericks.

Neither club has a go-to scorer and instead spread the ball around to create offense. For the Bucks, it’s been forward Giannis Antetokounmpo that’s been leading the charge offensively by netting 21.8 points per game.

Evan Fournier is the Magic’s top scorer as the shifty guard has averaged 16.8 points per game this season.

The over/under total is 202.5, but considering both clubs aren’t offensive threats, expect this match to go under.

The Western Conference-leading Los Angeles Clippers will have their hands full on Monday when the Toronto Raptors roll into town.

The Clippers, who are 9-1 over their last 10 games and in search of a third straight victory, are -435 favorites heading into Monday’s highly anticipated contest. The Raptors are reeling a little bit, having dropped three of the last four games, including defeats to the defending NBA champion Cleveland Cavaliers and 2016 finalists Golden State Warriors. Toronto is an intriguing +325 underdog against the high-flying Clippers.

DeMar DeRozan, who is averaging 31.4 points per game, is sure to give Los Angeles defenders headaches as the guard continues to rank among the top scorers in the league.

The Clippers are one of the best three-point shooting teams in the NBA — averaging 38.3 percent from beyond the arc — which is why they rank third overall in points per game this season.

The head-to-head matchup has been split down the middle with each team winning five games apiece over the last 10 meetings. However, the Raps have won four straight games against the Clippers dating back to December 2014.

If you’re betting the over/under, Bet365 is offering a total points line of 211. Expect this match to be a tight, high-scoring game that will go Toronto’s way.