The Buffalo Bills losers of four straight games have been successful in the past against the Cincinnati Bengals, but can they continue that streak at Paul Brown Stadium? Meanwhile, the Dallas Cowboys are seeking a ninth straight victory when they host the Baltimore Ravens.

Here are a few NFL betting options for Sunday games, with odds courtesy of BetOnline. 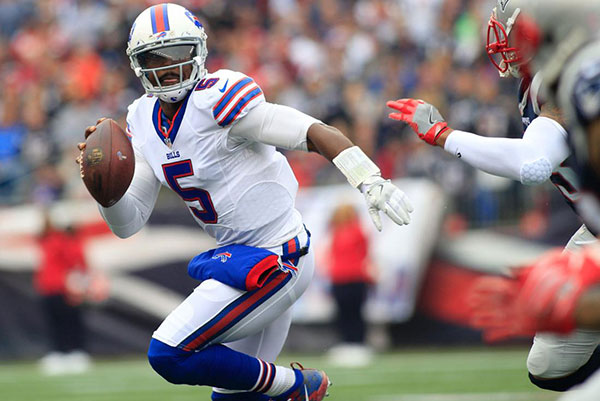 Coming off a bye week, the Buffalo Bills had enough time to recover from a heartbreaking Week 9 defeat. The Bills — losers of three straight games — hit the road Sunday for another must-win game against the Cincinnati Bengals.

Cincy enters Sunday’s contest as -138 favorites at home, while the visiting Bills are enticing +118. I know what you’re thinking; it’s hard to call any team on a three-game losing streak enticing. But the well-rested Bills are playing with a chip on their shoulder in this game and can’t afford to drop another game if they stand any chance of making the post-season.

The Bengals have struggled to find the end zone but that hasn’t been the case for the Bills, whose 237 points for ranks seventh in the AFC. Much of that can be attributed to LeSean McCoy’s rebound season as the running back sits eighth in rushing yards this season.

The head-to-head series has gone Buffalo’s way over the years, as the Bills own a 7-3 record against the Bengals in the last 10 meetings.

If you’re betting the over/under, BetOnline has set the total points like at 47.5. Eight of the last 10 meetings between these clubs have resulted in over outcomes. 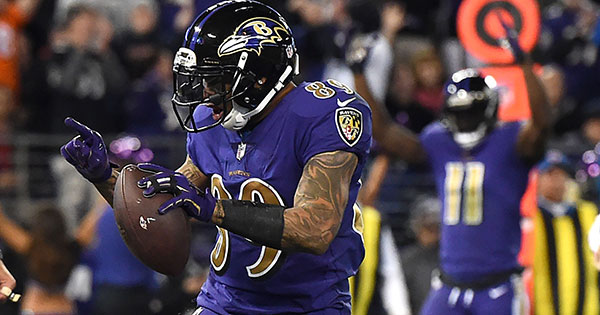 The Cowboys — in search of a ninth consecutive victory — enter Sunday’s highly anticipated game as -315 favorites, while the Ravens are +265 underdogs.

Cowboys’ running back Elliott has been a monster in his rookie campaign, leading the league in rushing with 1,005 yards. Elliott also has nine touchdowns in what has been a memorable rookie season. Equally impressive has been Dallas’ stingy defense, which ranks fifth in points against in the NFC.

The last four meetings between these two clubs has gone Baltimore’s way, with the Ravens posting a 4-0 record during a span that dates back to 2000.

If you’re betting the spread, the Cowboys are giving up 7.5 points heading into Sunday’s contest. The Ravens have been able to get the best of the Cowboys throughout their history, and that will be the case Sunday when the two rivals clash.

The over/under total points line has been set at 45 — a mark that will be surpassed.

Coming off quite possibly its biggest victory of the season, the Seattle Seahawks will look for a third straight win on Sunday when they host the Philadelphia Eagles.

Russell Wilson is enjoying another tremendous season, as the Seahawks’ star QB ranks 11th in passing yard this season.

The Seahawks enter Sunday’s highly anticipated matchup, as the -285 favorites, while the Eagles, who have won just two of the last six games, are -240 underdogs.

It’s been nearly two years since these two clubs have met, when Wilson and the Seahawks went into Philly and won 24-14.

Looking at the head-to-head history between these teams, Seattle has posted a respectable 6-3 record. The Seahawks have also won the last two meetings.

Seattle is giving up 6.5 points according to the BetOnline point spread line, but they should be able to cover at CenturyLink Field, where they’ve posted an impressive 4-0 record.