The last time the Detroit Red Wings missed the playoffs was 1989-90. The first George Bush was in the White House, the NHL was a 21-team league and Wayne Gretzky was the league scoring champion.

This is supposed to be a a year of reminiscing in Hockeytown, as they play their farewell season at Joe Louis Arena prior to move to the swanky new Little Caesars Arena for the 2017-18 campaign. But this is one history lesson Wings fan would rather not be taught.

Detroit won't be the only 2015-16 playoff team left on the outside looking in this spring. Read on to find out who will join them, accompanied by their Bovada future book odds of winning the Stanley Cup: 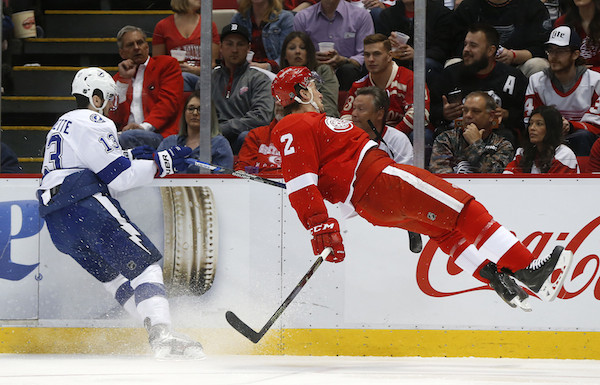 Let's be honest, this day has been looming for a few years now. The Wings made the playoffs by one point in 2012-13 and were a wildcard team in 2013-14. They earned a postseason position by four points in 2014-15 but last season, were it not for a season-ending home-ice loss by the Boston Bruins against the Ottawa Senators, the Wings, who were losing to the New York Rangers in their final regular-season game, would have missed the playoffs.

You can point to a myriad of reasons why Detroit has been in decline for some seasons now. Really, the slippery slope began the moment generational defenseman Nicklas Lidstrom retired following the 2011-12 season. The Wings are very pedestrian on the back end now and consistently stuggle to break the puck out of their own end. Up front, captain Henrik Zetterberg has grown long in the tooth and can no longer deliver steady offensive production. And that malady is even more pronounced since Pavel Datsyuk returned to Russia after last season.

The Wings have patchworked their way to playoff survival for several years now. They'll be a bubble team again but this is the season that their bubble finally bursts.

This was supposed to be the year that the Islanders finally broke free of their image as a team that can't find prosperity. It turns out that they can't live with it, either. After winning their first playoff series since 1993 last spring, the Isles were expected to be on their way to bigger and better things but all they've done this season is back up into mediocrity.

They can't decide on a No. 1 goalie, carrying three, and because of that, only have the minimum six defensemen among their 23-player roster. Coach Jack Capuano is on the hot seat but GM Garth Snow should be feeling the heat as well. He allowed three key pieces - forwards Kyle Okposo, Frans Nielsen and Matt Martin - to depart via free agency and his replacements - Andrew Ladd and Jason Chimera - have two goals between them.

Snow has never found a finisher to play on the top line alongside all-star center John Tavares. The Islanders are a tinder keg of emotion right now and their season could blow up at any moment. 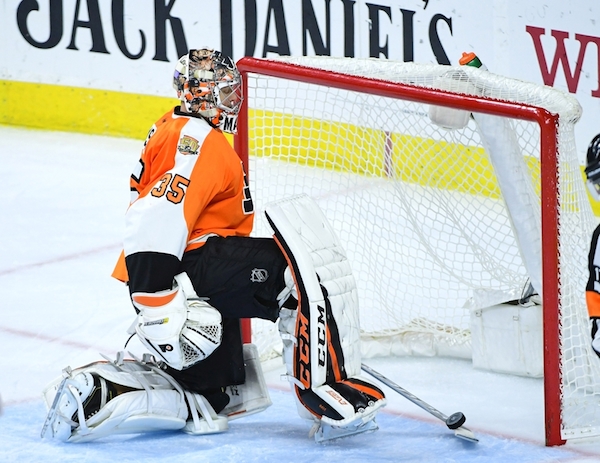 Some things never seem to change in the City of Brotherly Love. And one of those constants is the pitiful goaltending that continues to plague the Flyers. Both Steve Mason and Michal Neuvirth rank outside the top 40 goalies in the NHL in save percentage and the Flyers are 29th in the league in goals against.

There's more than just bad goaltending contributing to Philly's defensive malaise that saw the Flyers surrender five or more goals in a game five times during the first month of the season. A young, inexperienced defense isn't helping, nor is the overall breakdown in communication between the defense and the forwards that is leading to too many unforced errors and handing the opposition easy chances.

Add it all up and it's a recipe for disaster.

Quietly, there was a lot of hope in hockey circles that the attack-minded Stars could contend for a Stanley Cup and change the thinking in the game where structure and process are valued far above talent and creativity. After a strong season in 2015-16 playing their up-tempo style, that hope appeared to hold merit.

This season, it's all gone spectacularly wrong. Riddled by injuries to key players, addled by the weak goaltending that ultimately proved their undoing a year ago, the Stars are falling. They gave up six goals to Colorado and eight against Winnipeg. Dallas is 1-5 in one-goal games and the vaunted Dallas offense that led the NHL in goals a year ago has been shut out twice.

Lucky for them the Cowboys are hot, so maybe nobody will notice how poorly the Stars are performing.