Back in the 21-team NHL, making the playoffs was easy. Sixteen teams qualified and 65 points was generally enough to get the job done. Today, with 30 teams, the battle for those 16 spots is intense. You’ll need at least 90 points to be a playoff team today.

Who's in, who's out? Every April as the NHL races to the regular-season finish line, the bubble bursts for some teams, even those you'd think were legitimate playoff clubs. Only five teams - Chicago, Detroit, Pittsburgh, St. Louis and the New York Rangers - can say that they've made the playoffs in each of the past five seasons.

Who was in the tournament for Lord Stanley's mug last season that figures to earn a return engagement? Read on and find out. Bovada's odds of the team winning the Stanley Cup are in brackets. 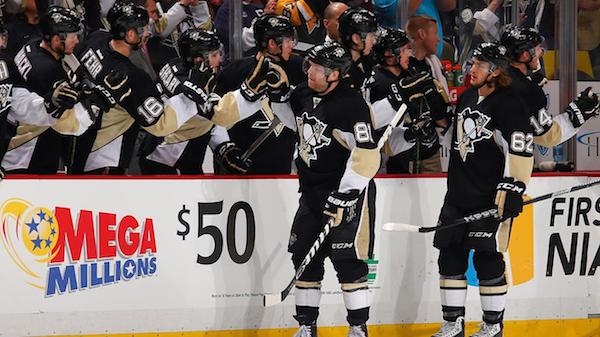 Unlike last season when they struggled for a lion's share of the campaign, the defending Stanley Cup champions haven't missed a beat so far this year, contending for top spot inthe Metropolitan Division. Captain Sidney Crosby is on fire and looks to be in the form that's previously won him a pair of Hart Trophies. 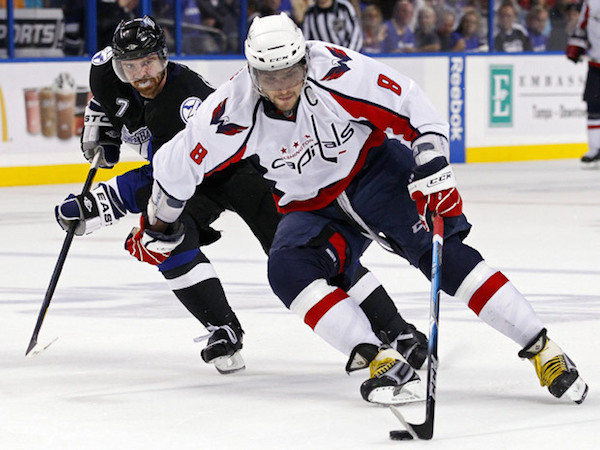 Will they ever figure out what it takes to win the Stanley Cup? We can't answer that but when the chase begins for hockey's silver chalice, count on the Capitals being part of it. With Alex Ovechkin lighting the lamp, backed by a solid supporting cast and Vezina contender Braden Holtby in goal, Washington will be heard from again this spring. 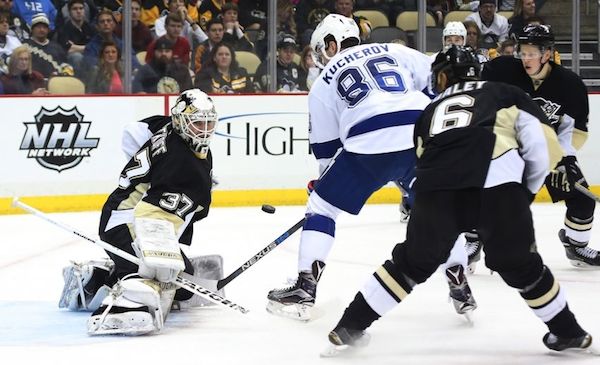 The only team to be part of the Stanley Cup final four in each of the past two springs, count on a threepeat from the Lightning. General manager Steve Yzerman worked salary cap magic to keep his core intact and in a weak Atlantic Division. Tampa Bay will have no problem grabbing one of the top three places in the group. 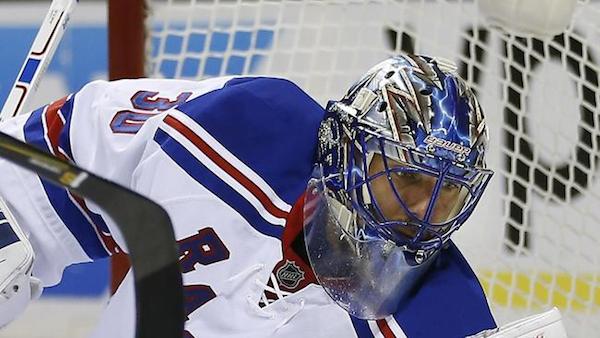 With 55 goals and a 10-4 record through their first 13 games, the Rangers are blowing past most opponents. Are they really that dominant? Probably not, but the Rangers should keep it going well enough to secure a playoff spot for the seventh consecutive season. There's tons of forward depth to keep the puck going in and while he may have lost a bit, goalie Henrik Lunqvist will still keep them out most nights.

Don't be put off by their slow start. The Panthers are legit and will get it done when it matters most. The young Panthers got a taste of what the Stanley Cup playoffs were all about last spring and figure to take another step along the journey this season. They did some astute bargain shopping in free agency and seem to have a real knack for unearathing talent. 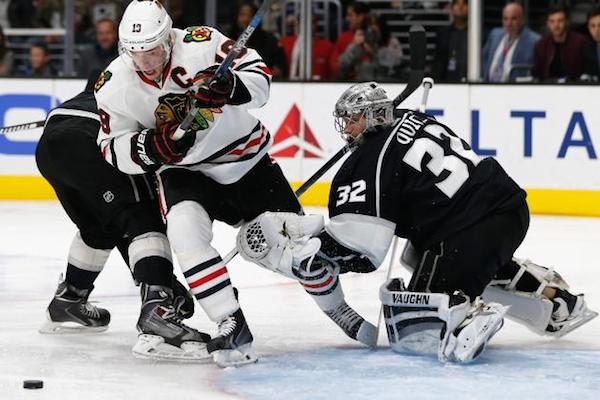 Blackhawks GM Stan Bowman must own a PhD in capology to go with the one he's already displayed via his eye for hockey talent. His team have won Stanley Cups in 2010, 2013 and 2015 and each time, being up against the salary cap has forced Bowman to retool his roster, and yet he just keeps coming up with replacements and Chicago never seems to miss a beat. It wouldn't be a shock at all to see the Blackhawks come out of the West again this spring.

The Blues were another team that retooled and got younger in the summer, and there's been some growing pains early because of that. But this team is too deep and too talented not to be part of the dance come the spring. It's Ken Hitchcock's farewell season as an NHL head coach and you can bet that the Blues will want to send him out a winner.

Don't expect them to be back in the Stanley Cup final again in the spring but expect the Sharks to be back in the playoffs. Peter DeBoer is a vastly underrated coach, and this is a roster loaded with all the elements required to make a playoff run - skill, goaltending, solid defense, experience, grit. The Sharks will be a tough out for any team. 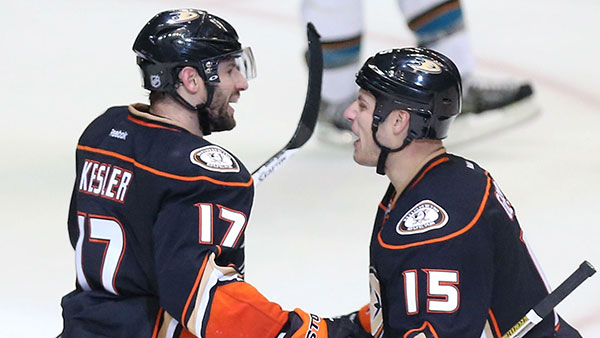 The only time the Ducks ever won the Stanley Cup, Randy Carlyle was coach. He's back in charge but on that 2006-07 winner, Corey Perry and Ryan Getzlaf were just kids. On this team, they are the heart and soul leaders. Like San Jose, Anaheim suits up a deep, talented roster. The Ducks' young defense gained another year of experience and John Gibson, the talented kid in goal, has a veteran sounding board this season in Jonathan Bernier, who won a Cup across town as a back up in L.A. 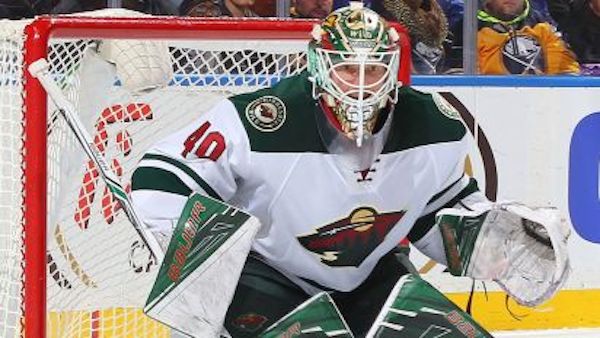 The Wild never go far in the playoffs but it seems that they always get there. That's not surprising, since the tight-checking style they prefer to play is the kind of hockey that is prevalent during postseason play. The hope is that new coach Bruce Boudreau might add a little creativity to Minnesota's north-south game and find a way for the Wild to walk on the wild side come playoff time.

These aren't the Stanley Cup-winning Kings. They're not as deep, and a little longer in the tooth, but under coach Darryl Sutter they just seem to find ways to get the job done. Losing goalie Jonathan Quick until January due to injury is a concern but you know if that situation becomes a crisis, GM Dean Lombardi will make a move to rectify the problem. 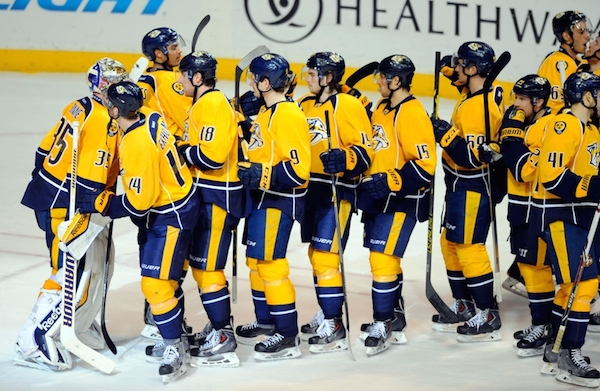 Certainly, there's cause for concern in Music City. A stumbling start has Predators fans worried that the team misses captain Shea Weber on defense and that goalie Pekka Rinne's best-before date might have expired. We're here to tell you to relax. This team is too talented to keep floundering. And it's not like any of the other current lower-tier Western Conference teams look capable of igniting a sudden flurry of wins. But that being said, the Preds won't want to wait much longer before kicking it into gear.