Here are three NHL betting options to consider, with odds courtesy of Bet365.

It’s far too early in the season to hit the panic button, but the Edmonton Oilers have hit a wall after a sizzling start to the 2016-17 NHL campaign.  Losers of five straight games, Connor McDavid and the Oilers travel to the Lone Star State Saturday night for a date against the Dallas Stars at American Airlines Arena.

Dallas has lived up to expectations of late, winning three of its last five games. The Stars enter Saturday’s home game as -125 favorites, while the Oilers — desperately seeking to get back in the win column— are +105 underdogs.

The fact McDavid has gone scoreless in Edmonton’s last two losses won’t help the Oilers either. The 2015 first-overall pick also has a minus-4 rating in the last two games.

Tyler Seguin has been riding a hot hand for the Stars as the Dallas centerman has nine points in his last seven games played — including two assists in the club’s win over the Oilers on Nov. 11.

The head-to-head matchup over the last 10 games has been all Dallas, which owns a 7-1-2 record and has averaged three goals per game against the Oilers over that span.

The over/under total for this game is set at 5.5. Despite the last three games resulting in under outcomes, the Stars and Oilers are among the league’s highest scoring teams and it will carry over to Saturday night’s contest with Edmonton finally snapping this skid. 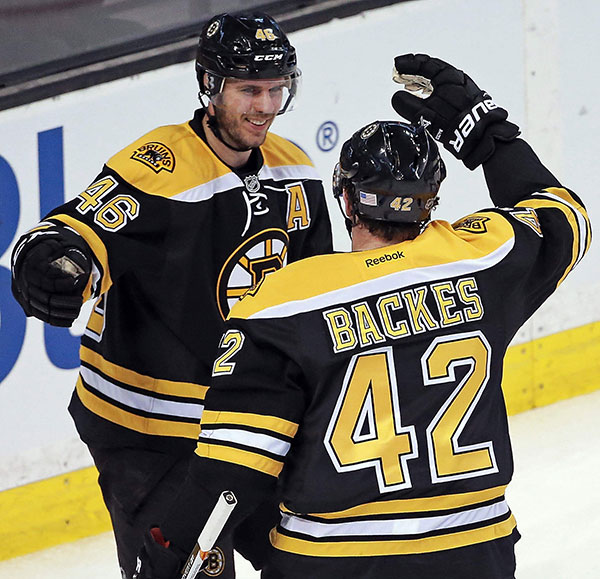 Following a shaky start to the NHL season — mainly due to key injuries — the Boston Bruins are back in fine form. Winners of seven of the last 10 games, the Bruins host the Winnipeg Jets on Saturday night at the TD Garden.

Boston, which can move back into the Atlantic Division top three with a victory, enters Saturday’s match as -172 favorites. The Jets, clinging on to third place in the Central Division, are +150 underdogs.

Boston goaltender Tuukka Rask has been brilliant this season, ranking second in the NHL in goals against average (1.49) and save percentage (.952). In 17 career starts against the Jets, Rask has 11 wins and has posted two shutouts over that span.

A bright spot for the Jets has been the play of rookie winger Patrik Laine, who leads the NHL with 12 goals. However Laine has hit a bit of a dry spell with just one goal in the last five games.

Shooting for a third straight win, the surging St. Louis Blues play host to the Nashville Predators in a Central Division clash on Saturday night.

It’s the second of five meetings between these division rivals, with the Preds striking first earlier this month. St. Louis enters Saturday’s contest as -125 favorites, while the Preds, who have only two road wins this season, go in as +105 underdogs.

The Blues rank second in Corsi — shot attempt differential — with a 54.72 percentage rate, sitting only behind the league-leading San Jose Sharks. Surprisingly, St. Louis has allowed 50 goals so far this season after ranking fourth overall in goals against during the 2015-16 campaign.

The head-to-head matchup has been pretty even over the last 10 games, with the Blues holding a slim 6-4-0 advantage. If you’re considering betting the over/under total of 5 goals, keep in mind six of the last meetings between the Blues and Preds have resulted in either pushes or under outcomes.