With a Game 6 victory, the San Jose Sharks can reach the Stanley Cup final for the first time in franchise history. In fact, this is the first time in five Western Conference final appearances that they’ve ever been ahead in the series. 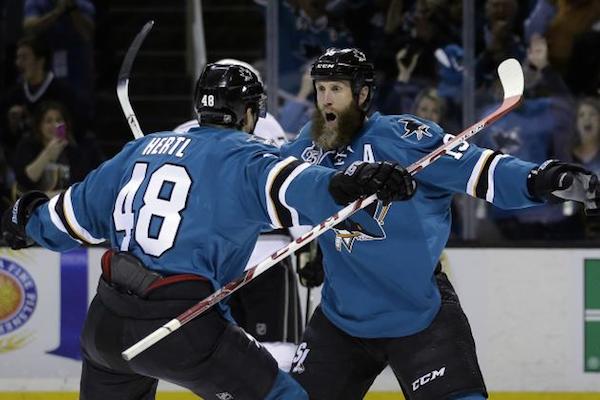 The Blues, after squandering 3-2 leads in the opening two rounds against the Chicago Blackhawks and Dallas Stars, rallied to win Game 7 and advance. They'll need to get to Game 7 a third time in a row and win it in order to advance to Cup final for the first time since 1970 and winning three successive Game 7 showdowns in the same playoff year is a feat that's only been accomplished once in NHL playoff history, by the 2013-14 Los Angeles Kings, who did go on to win the Cup that spring.

Meanwhile, the Sharks, who are 6-2 on home ice at the SAP Center in the playoffs, and have established franchise marks for wins (11) and road wins (five) in a playoff year, will look to advance to the Cup final for the first time in franchise history. In fact, it's the first time the Sharks have ever found themselves in the position of playing a closeout game to advance to the Cup final.

Sharks coach Peter DeBoer will go with the same lineup for the seventh consecutive game. Blues coach Ken Hitchcock, who has juggled his group throughout the playoffs, will make another significant change, returning Brian Elliott to the net. Elliott started the first 18 games of the playoffs for St. Louis but gave way to Jake Allen for Games 5 and 6 of this set.

Blues forward Troy Brouwer has eight goals in 19 games, one more than he netted during his first 78 career playoff games. Sharks captain Joe Pavelski is riding a six-game points streak (4-5-9) and set a club record with his fourth game winner of the playoffs in Game 5. Pavelski leads all Stanley Cup scorers with 12 goals and shares the points lead at 21 with teammate Logan Couture.