It’s that time of the year again. Summer in winding down and the NFL season is just around the corner. So what’s in store at the end of the line in Super Bowl LI? How about a repeat performance of Super Bowl XL?

Who's The Favorite To Win The Super Bowl 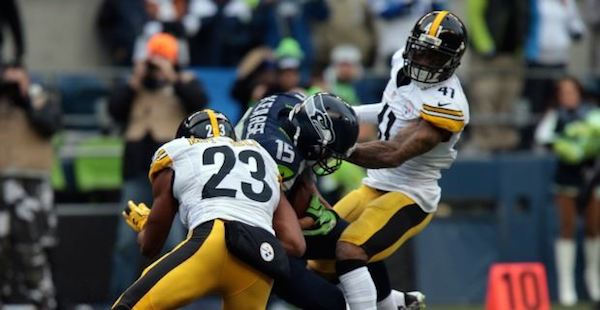 You heard it hear first: when the NFL gathers at Houston's NRG Stadium on Feb. 5, 2017 for Super Bowl LI, it will be a rematch of Super Bowl XL, with the same outcome.

The Pittsburgh Steelers will defeat the Seattle Seahawks.

It will be the proverbial meeting of the irrestible force against the immovable object, as Pittsburgh's potent offense duels Seattle's stubborn defense. This time, though, it will be offense that wins the day, as Big Ben Roethlisberger carries the Steelers to their seventh Super Bowl crown and his third as the team's quarterback.

A look at the contenders for the crown, and a couple of longshots for you to consider:

Traditionally, Pittsburgh's previous Super Bowl triumphs were built around rock-solid defense. These Steelers will light up the scoreboard with an explosive attack led by Roethlisberger, and even minus the suspended Martavis Bryant, are littered with high-end playmakers like Antonio Brown, Le'Veon Bell Ladarius Green and DeAngleo Williams.

Pittsburgh's defense might not be reminiscent of the legendary Steel Curtain but it is solid enough to make this team a Super Bowl champion.

As long as Bill Belichick is in charge and Tom Brady is at the helm, you can't count the Patriots out. The Patriots have been at or near the top of the NFL for more than a decade because they seem to possess an innate knack for knowing not only when to jettison players but also how to find replacements that are as good and often, even better than their predecessors.

Though Brady will sit out the first month of the season under NFL suspension for his role in the Deflategate scandal, at 39 he will probably be better off in the long run due to the enforced rest.

No team in the AFC East figures to offer New England any serious challenge for the division title and that could mean the best record in the AFC and home-field advantage for the Patriots, who are very tough to beat at Gillette Stadium in the playoffs.

Yes they finished 5-11 last season but scratch below the surface and there's lots to like about the Ravens. This team was riddled by injuries during the 2015 campaign. The positive outcome from that is that many of Baltimore's backups got plenty of playing experience, so the team's overall depth has grown exponentially.

The Ravens' first five losses of 2015 came by six points or less. Overall, nine of Baltimore's 11 setbacks were incurred by a margin of eight or fewer points.

A softer schedule to start out the season, a healthy, happy roster, their serious holes plugged, it's not unfathomable to see the Seahawks representing the NFC on Super Bowl Sunday for the third time in four years.

Sure, Marshawn Lynch retired but look over the list of running backs the Seahawks have to choose from - C.J. Prosise, Zac Brooks, Alex Collins, Thomas Rawls and Tre Madden - and it's difficult to imagine Seattle missing a beat. Quarterback Russell Wilson has a bevvy of talented receivers at his disposal. Most importantly, the Seahawks shored up their Achilles heel, the offensive line.

On the other side of the ball, Seattle has led the NFL in scoring defense in each of the past three seasons. 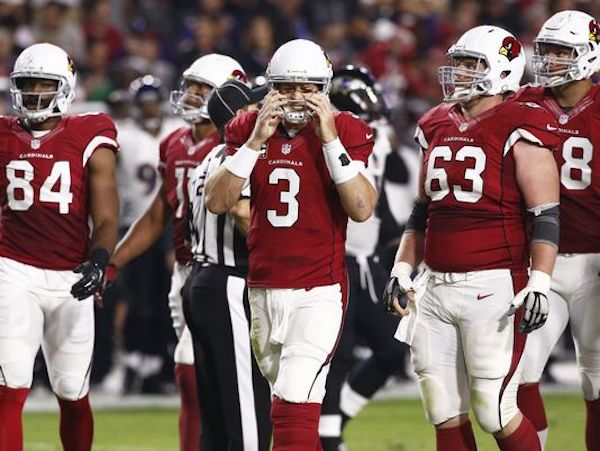 Top to bottom, the Cardinals may be the most balanced team in the NFL. Quarterback Carson Palmer will be a legitimate MVP threat. Palmer meshes well with Arizona's talented group of receivers and coach Bruce Arians' attacking offensive philosophy.

On defense, the Cardinals improved their front seven that will play in front of in what is certainly the NFL's most talented secondary.

OK, stop laughing. America's team is not that far off from being good enough to play in America's most important football game, something that used to seem like a birthright for this franchise.

Major injuries to key personnel derailed the 2015 season for Dallas. Adding rookie of the year candidate running back Ezekiel Elliott to quarterback Tony Romo and reciever Dez Bryant makes this a dangerous offense.

The Cowboys were 2-6 last season in games decided by one score and those sorts of stats have a way of turning around from season to season.