One thing history teaches us about the NFL wild card playoff weekend is that there will be a huge upset. There is almost every year. The question to be determined then, is which underdog is going to put the wild in wild card weekend?

Who to pick in this week's NFL wild card playoff games, with odds courtesy of Bovada.lv:

The Raiders enter the playoffs for the first time since 2002 but it appears that they will do so with their third-string quarterback at the helm. Derek Carr (broken leg ) is out and Matt McGloin (shoulder) is doubtful, meaning the ball and the offense will likely be in the hands of rookie Connor Cook, who would become the first quarterback of the NFL's Super Bowl era to make his first career start in a playoff game.

Not that the situation under center is all that rosy in Houston. Starter Tom Savage suffered a concussion in the last week of the regular season, meaning erstwhile starter Brock Osweiler, the team's big free-agent addition last winter who lost his job to Savage, will be back in charge.

It shouldn't matter. Houston's defense is ranked No. 1 in the NFL. The Texans make like miserable for experienced quarterbacks. They will make Cook's life a nightmare.

Remember when Ike was President? When a gallon of gas cost 24 cents? When the Braves - the Milwaukee Braves - won the World Series?

Yeah, we don't either, which is probably why you don't remember the last time the Detroit Lions won a road playoff game. It was in 1957, a 31-27 win at San Francisco over the 49ers. The Lions have won just one playoff game in total since that season, a 1993 home verdict over the Dallas Cowboys, and neither of these situations are about to change.

The Lions backed into the playoffs, losing three straight and only garnering an NFC wild card berth when the Washington Redskins lost to the New York Giants. The Seahawks, meanwhile, have won nine straight postseason games at CenturyLink Field and were 7-1 at home this season. The Lions went 0-5 this season against playoff teams. 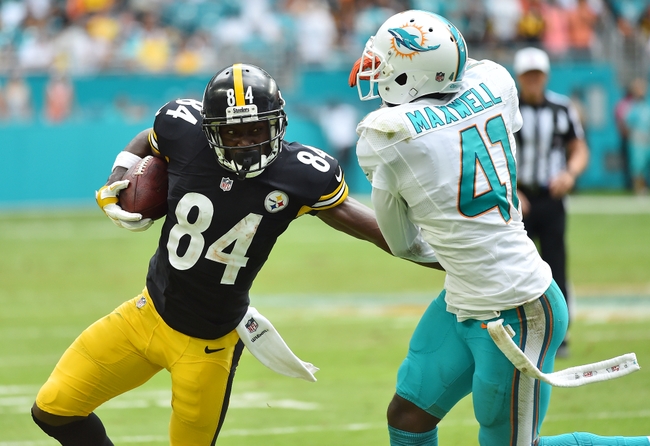 Two of the first three NFL teams to win back-to-back Super Bowls, the Dolphins and Steelers clash in the playoffs for the first time since the 1984 AFC Championship Game. Miami was able to run the ball on Pittsburgh when the two teams clashed in October, gaining over 220 yards on the ground in a 30-15 victory but the Steelers lost QB Ben Roethlisberger to injury in that one.

Miami has lost seven of its last eight road playoff games and won't be able to contain the many weapons of the Pittsburgh offense. Look for Steelers running back Le'Veon Bell, who's run for 835 yards in his last six games, to have a field day.

The last two times Eli Manning visited Lambeau Field for an NFL playoff game, the New York Giants quarterback engineered the upset en route to leading his team to Super Bowl victories. They say that things come in threes, so the Packers might want to look out.

The Giants have a solid defense that should be capable of holding Aaron Rodgers and the red-hot Packers offense in check but the biggest battle will be whether Manning can generate enough points to pull out the victory. The Giants are averaging 19.4 points per game this season. But Manning seems to find a way to get the best out of this team in the postseason, especially in Green Bay.