The Western Conference Finals are set to get underway this Sunday. Game 1 tips off at 3:30 p.m. ET at Oracle Arena. Though the Golden State Warriors have coasted to this point, winning each of their first eight games, might the San Antonio Spurs pose a different test? TopBet’s lines will help us find out.

Will Game 1 be close? 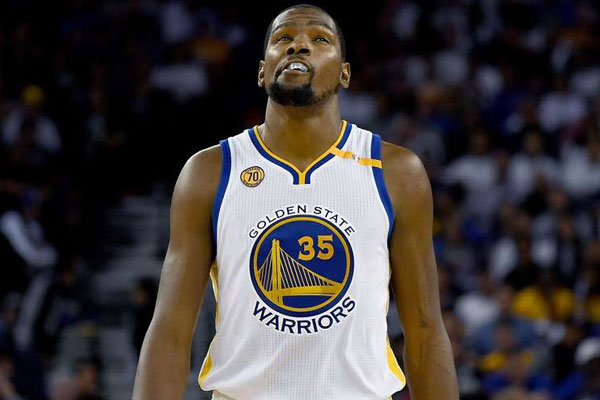 Remember the season-opener between the Golden State Warriors and San Antonio Spurs, set on October 25, at Oracle Arena? Remember how the Spurs won by 29 points? Remember how they spoiled Kevin Durant's debut with his new team?

Remember how they reminded many of us, perhaps all of us, that the Cleveland Cavaliers were reigning champions and the Warriors were unbeatable on paper but they, the Spurs, were also still here?

Because Game 1 should be something of the same.

To be clear: We're not saying the Spurs are going to win this game. Anyone who has watched the playoffs unfold, with the Warriors coasting to eight straight victories and the Spurs at times struggling to handle the Houston Rockets' sweet-shooting stretches. Plus, a 10.5-point spread for the Warriors, at home, is nothing. They beat the Spurs by double digits once during the regular season and no doubt feel a sense of obligation here more than any other series, since they lost the regular-season set 2-1 overall.

On top of all this, Kawhi Leonard is coming off an ankle injury that kept him out of San Antonio's series-clinching Game 6 victory over Houston. He's expected to play in Game 1, and the Spurs even said he would have played against the Rockets if it was Game 7, but if he's not 100 percent, the defense will take a hit.

Still, in spite of all this, we're are rolling with the Spurs to cover.

This seems like a game they might even steal. Leonard is well-rested, the supporting cast started to find its leg at the end of the Conference Semifinals and the Warriors haven't played in nearly a week. There is an inherent air of cockiness that comes with such an extended break. The Warriors haven't faced the slightest bit of adversity in the playoffs, not even with Durant missing two games in the first round against the Portland Trail Blazers.

The Spurs, if nothing else, are equipped to throw them some tough moments. Expect to see more of Leonard at the 4, with Dewayne Dedmon or LaMarcus Aldridge at the 5. And then expect that subsequent duo to often be flanked by Jonathon Simmons and Danny Green.

That trio will be the key to this series. If the Spurs can get enough offense from Green and Simmons to keep them on the floor for protracted stretches with Kawhi, it gives them the versatility to switch almost anything and, as a result, rival any lineup the Warriors throw out on the floor—including the vaunted "Death Squad" unit that features Draymond Green at center.

Again: The Spurs might not win this game. They definitely aren't going to win the series. But they're more than capable of raising a little hell. Bank on them proving as much out of the gate.