As the NFL playoff race heats up, so does our betting advice. Here’s three of the best picks of week 15 to end the regular season on a high note. 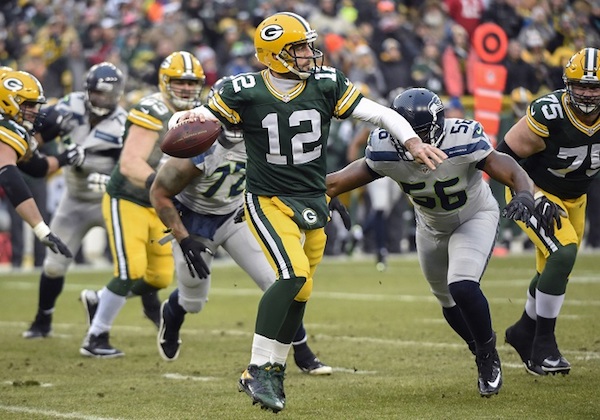 Matt Barkley has been a surprise the past two weeks. After a rough first-ever career start, Barkley has posted back-to-back games with quarterback rating north of 92. Last week, he led Chicago (3-10) just short of an upset victory against division-leading Detroit on the road.

While Barkley isn't lighting up the stat book by any means, he's protecting the ball. In 104 attempts the past three games, he's only thrown two interceptions. Ball security is a commodity for Chicago considering they've suffered through Jay Cutler over the years.

On the other hand, the Packers (7-5) are heating up. They've won three in a row, the latest being a 38-10 shellacking of Seattle. In that victory, Green Bay intercepted Russell Wilson an eye-popping five times. Barkley's ball-protecting ways will surely be tested in this one.

After rumblings of Aaron Rodgers no longer being "elite" earlier this year, the signal caller is playing out of his mind currently. He's thrown for 10 touchdowns and zero interceptions the past four games.

The Packers are playing like a desperate team. They're currently a full game behind the NFC's coveted sixth seed, with two teams ahead of them in the hunt. With so much on the line, they'll go into Chicago and escape with at least a touchdown win. 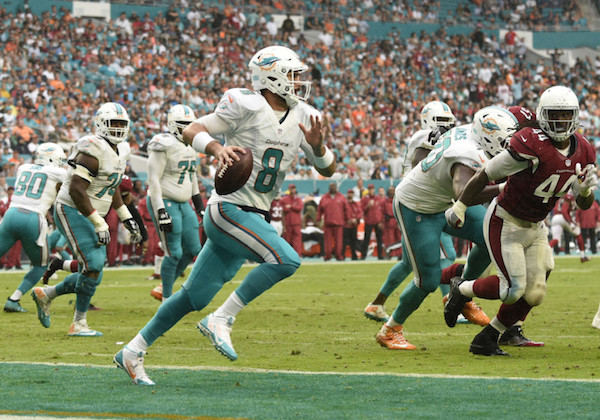 With two backup quarterbacks starting in this game, it's understandable why this Saturday night matchup enters week 15 with the lowest total. However, don't let that fool you.

The Dolphins (8-5) lost the services of quarterback Ryan Tannehill a week ago to a knee injury. He'll be replaced by Matt Moore, who hasn't started a game since 2011. During that season, Moore tossed for 2,497 yards, nine touchdowns, and nine interceptions.

Moore's gunslinger playing style is a sharp contrast from the more conservative Tannehill. Nonetheless, that could play to Miami's benefit considering the Jets have the 22nd ranked pass defense in the NFL.

For the Jets (4-9), Bryce Petty will be under center. Expect New York to lean on the services of running back Bilal Powell, though. The six-year veteran is fresh off one of the best games of his career. Powell shredded the 49ers to the tune of 145 yards and two scores.

Of course, San Francisco's run defense is historically bad. But stopping the sun has been Miami's Achilles heel all year long. The Dolphins are giving up 4.8 yards per carry, while surrendering the third most rushing yards thus far.

Don't be surprised when both Moore and Powell blow up for big days to hit the easy over. 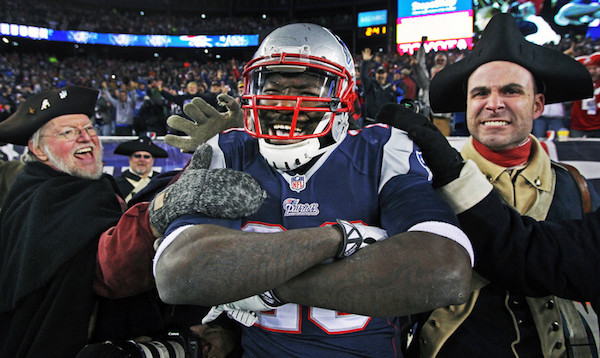 By now, I'm sure you're familiar with the narrative that the Broncos are Tom Brady's kryptonite. Since 2001, Brady is 2-7 playing in Denver, with the latest defeat being in the 2015 AFC Championship game. Whether it's the cold weather, high altitude, or some other factor, the fact is Mile High Stadium is a house of horrors for Brady.

However, this game won't be solely on Brady to win. If you remember the conference title game, Brady finished as New England's top rusher with 13 yards. The Patriots were without LeGarrett Blount and Dion Lewis for that game.

Both are healthy for Sunday's showdown and New England is far from one-dimensional. Blount is the fifth-leading rusher in the league and the Patriots' running attack ranks seventh as a whole.

What's even more troublesome for the Broncos is stopping the run has been their issue throughout this season. Denver has surrendered the fourth most rushing yards in the league, and were just gashed for 180 yards by the Titans. Expect Bill Belichick to exploit this weakness all game long in a multitude of ways.

This balanced offense will help slow down Denver's vaunted pass rush. Von Miller, the NFL sack leader, won't be able to pin his ears back and chase Brady all day long again if the Patriots can run the rock.