Who Is Winning The 2016 World Series

Which tortured franchise will finally end their curse and win the World Series? The Cubs or the Indians? See our in-depth preview and prediction before you make your bet. 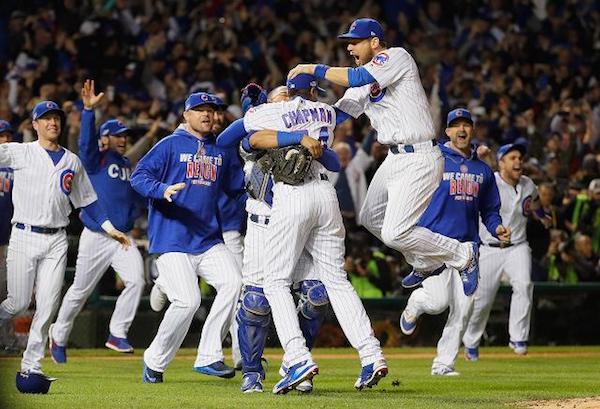 It's been a party in Chicago since the Cubs ended their 71-year gap between reaching a championship series — the largest streak for any franchise across all major North American sports.

The Indians have been underestimated all season and that will continue in the World Series. Bookies have the Tribe pegged as +175 underdogs to the Cubbies, who -205 favorites.

Credit must be given to Cleveland's lights-out bullpen who have tossed a combined 32 and one-third innings — out of the team's 71 innings — during the postseason. The relief pitchers have posted a jaw-dropping 1.67 ERA in that span, led by ALCS MVP Andrew Miller.

During October, Miller has thrown 11 and two-third innings to the tune of 21 strikeouts and an opponent batting average of .132. He's allowed just five hits and two walks. Miller became just the fourth reliever to earn the ALCS MVP nod.

As good as the Cleveland's bullpen has been against the Red Sox and Blue Jays, the Cubs might be their toughest test yet. Chicago just lit up the game's best pitcher Clayton Kershaw to punch their World Series ticket. In Game 6, the Cubbies chased Kershaw after seven hits and five runs in just five innings.

After being shutout in back-to-back games by the Dodgers, Chicago's lineup came to life in the final three games, racking up 23 runs. The Cubs nucleus, which includes Javier Baez, Kris Bryant, Anthony Rizzo, and Addison Russell, is absolutely lethal.

The Indian's offense tallied just 12 runs in the ALCS. The Tribe can't rely on their bullpen to bail them out again in the World Series.

While Cleveland has the clear advantage in relief pitching, the same can't be said for starting pitchers. Jon Lester will get the nod for the Cubbies in Game 1. Lester's dominance in October can't be overstated. He has a 2.50 ERA in 119 innings. 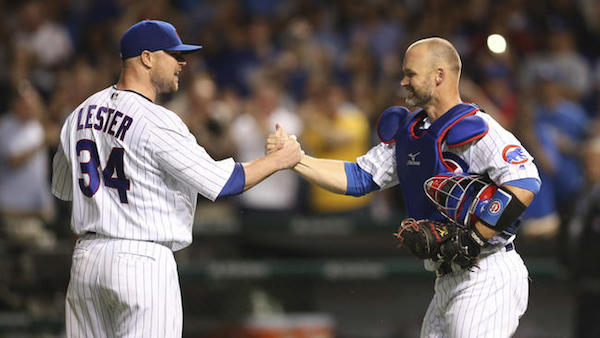 The Indians will counter with Corey Kluber and Josh Tomlin on the mound, who have both been on a roll in October. However, there's a lot of uncertainty thereafter. Danny Salazar could be back, but he hasn't pitched since September 9. Trevor Bauer's bloody finger forced him to exit early in game 3 of the ALCS. And Game 5 winner Ryan Merritt is a rookie.

While the Cubs starting rotation is better, they aren't as well rested as Cleveland's. Whereas Cleveland clinched their World Series berth last Wednesday, Chicago had to wait until Saturday.

Lastly, both teams are led by arguably the top two managers in baseball — Cleveland's Terry Francona and Chicago's Joe Maddon. The series promises to be a chess match for the ages, as Maddon returns to the championship series for the first time since managint the Tampa Rays in 2008. Meanwhile, Francona has never lost a World Series game, going 8-0 with Boston in 2004 and 2007.

Of course, Cubs general manager Theo Epstein assembled those Francona championship teams in Boston. Now, the two will be on opposing sides and you have to believe Epstein understands Francona's managerial style better than anyone.

This is truly a World Series clash for the ages. In the end, Chicago's advantage on the mound and at the plate will be enough to snap the 108-year curse. Pick the Cubs in six.