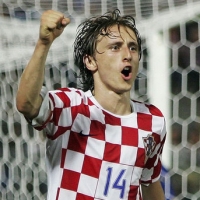 Croatia have been a powerful country in world football for many years now, with a modern history that is the envy of their rivals. But do they have any hope of winning Euro 2016? Led by Luka Modric and Ivan Rakitic, this modern Croatia utilizes that El Clasico midfield axis to great effect, keeping possession and playing incisive, attacking football to win games. They really announced themselves on the world stage at France ’98 when they enjoyed a mesmerising run of victories. [+]

They beat Jamaica 3-1 in their opening game before edging both Japan Romania 1-0, with the irrepressible Davor Suker magical in attack. In the next game, the knockout round, Croatia thumped Germany 3-0 in a landmark victory. Despite going out to France in the semi-finals, Davor Suker scored yet another winner against Holland in the 3rd/4th playoff to mean that Croatia finished third. Suker won the ‘Golden Boot’ for scoring the most goals in the tournament.

Following up on that golden tournament has been tough for Croatia. Slaven Bilic and his Croatia team defeated England in what has since become famous for being the game where Steve McClaren, England manager at the time, stood miserably in the rain under an umbrella as his side lost 3-2 at home when only a draw would have secured them a place at Euro 2008.

Some will see Croatia with a decent outside chance to win their group (+300), or maybe even be top scorers (+2000), if they can’t win the competition outright.

Who Does Croatia National Team Play Next

Finding betting value with Croatia is easier than with a lot of teams as they usually beat teams ranked below them, both at home and away, and perform less favorably against juggernauts.

From pre-tournament friendlies to qualification matches and, of course, Euro 2016 fixtures themselves, check out Croatia’s forthcoming schedule in full below.

Find out where Croatia sit in the FIFA rankings and their Euro 2016 Group D table now, and you’ll have better information with which to stake your money.

How To Make Money Betting On Croatia National Team

Croatia easily made the Euro 2016 Championships. Not only do they have two gifted midfielders in Luka Modric and Ivan Rakitic, but they also have two strikers able to finish any move in Perisic and Kramaric.

We would expect Croatia to advance from what looks a tough group on paper, despite having to play against Czech Republic, Spain and Turkey.

We believe that only Spain threatens to pip Croatia as top seed. Croatia sits at +2000 to win the tournament overall.

Unfortunately, their defense isn't strong enough, with some dynamic attacking players bound to dominate the tournament, to win the tournament.

Croatia's Ivan Perisic could have a great tournament and he's 100/1 to be top scorer. We think Perisic is worth a punt at hose astronomical returns, especially as he'll be serviced by some of the top midfielders in the world.