Fresh off an opening draw against England, the Russian national team will have the opportunity to vault to the top of Group B when they face off against Slovakia on Wednesday.

The Russians earned a hard-fought point in their Euro 2016 opener after scoring the tying goal in the 92nd minute. They’ll look to keep rolling against a Slovakia team, which wasn’t as lucky after dropping its opener to Group B leader Wales.

While the Russians are slim favorites to win this game, Bovada has an even line for the match to end in a draw. That would keep Russia in the hunt for a position in the knockout stages. However, it would all but eliminate the Slovaks from contention.

The first goal will be crucial for both clubs — Russia is favored at -120 to net the match’s opening marker according to Bovada. Artem Dzyuba has the best odds of opening the scoring at +400. The online sportsbook also has the Russian striker at +250 to net the team’s opening goal.

Slovakia will look to get back on track after being upset by Wales in their opening match. If they stand any chance of coming away with three points, the Slovaks will need star players Marek Hamsik and Juraj Kucka to produce more offence against a Russian squad lacking defensive depth.

Bovada has Hamsik as the favorite to score Slovakia’s opening marker at +350 and +750 to score at any point of the highly anticipated match.

Expect another close match, with Russia most likely squeaking out a one-goal victory. According to Bovada odds, the Russians are pegged at +295 to win by that margin.

Switzerland is hoping to keep pace with France at the top of Group A as they prepare to face Romania on Wednesday.

The Swiss opened the tournament with a 1-0 win over Albania and will be looking to make it two in a row against a Romania team also hoping to stay in the hunt.

Switzerland dominated possession time in their opening game and will need to continue to control the play against the Romanians. 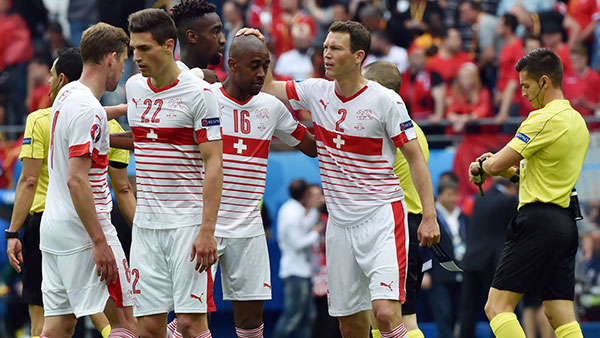 Don’t expect a high-scoring affair as both teams netted just one goal apiece in their opening matches. Bovada has a line of +165 that the game will be decided by a 1-0 margin.

So who will score the game’s first goal?  Bovada has Haris Seferovic at +550 to open the scoring, while Bogdan Stancu is Romania’s best shot at netting the match’s first marker at +650.

The tournament hosts couldn’t have asked for a better start to Euro 2016. After narrowly defeating Romania in its opener, France are back on the pitch Wednesday against Euro newcomers Albania.

France is heavily favored to defeat Albania, with Bovada setting the line at +165 for the hosts to win by three or more goals. In other words, this one may get ugly really fast for the Albanians, who happen to be the tournament’s biggest outsiders. 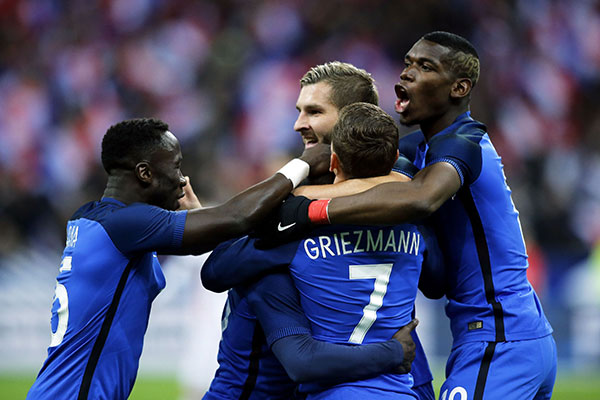 With a variety of weapons up front, finding goal scorers should not be an issue for France, which sit at the top of Group A. Look no further than Olivier Giroud, who netted a goal in the team’s win over Romania and is the favorite to score the game’s opening marker on Wednesday.

Bovada odds has the French striker at +325 to open the scoring and -110 to net a goal at any point of the match — a great bet considering Giroud has 18 international tallies in 50 caps.

France will make a statement with what is sure to be a convincing victory against the Albanians.