Belgium returns to the European Championships for the first time since 2000 and they’ll have a tough task from the start with a match against Italy. Ranked No. 2 in the world, the Belgians are out to prove they’re the real deal.

A Group E clash too close to call, a promising Belgium squad will look to knock off an experienced, yet injury-plagued, Italian team when the two clubs meet in their Euro 2016 opener on Monday.

This is only the fourth time these two international soccer giants will face each other at a major competition, with Italy winning twice and drawing one time. Their last European Championship encounter came in 2000 when the Italians squeaked out a 2-0 victory over Belgium.

Belgium have a variety of options up front from Romelu Lukaku to Eden Hazard, who are a pair of skilled forwards sure to give the experienced Italian defenders headaches throughout the match. Lukaku is favoured to net the match’s opening marker, as Bovada has the Everton striker at +500. A very good bet considering Lukaku scored 25 goals in 43 games for his Premier League club this season. Hazard — at +800 — is another strong bet to open the scoring against Italy after netting five tallies during Belgium’s qualifying stage.

Italy striker Graziano Pelle, who had three goals during qualifying, is the team’s best shot offensively to get past Belgium. The Southampton star is pegged at +550 by Bovada to net the match’s opening goal. 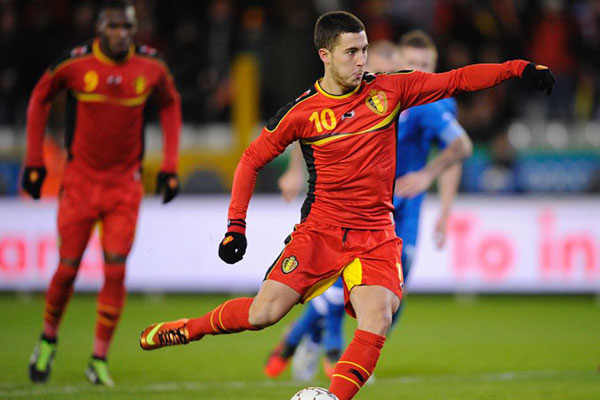 This will unlikely be a high-scoring affair, as the Italians have a history of relying on its defensive tactics to win games. That will be the case on Monday as Italy will be without key pieces, including Juventus star midfielder Claudio Marchisio, who will miss the tournament with an injured knee.

While the Belgians are slim favourites, the likelihood of a draw remains strong. Bovada has a line set at +210 for a potential tie.

Both Sweden and Ireland are national teams with something to prove when they face off in their Euro 2016 Group E opener on Monday.

“We know we’re going to meet a team who is equal with us,” Sweden manager Erik Hamren told eurosport.com. “If you see the rankings too, we are close to each other.” 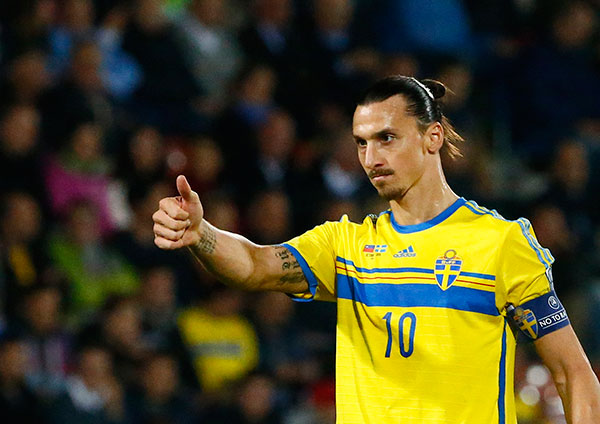 When trying to figure out who the match’s first goal scorer will be, look no further than Sweden’s star striker Zlatan Ibrahimovic, who is a +130 favourite to net the opening marker for Sweden. Bovada also has Ibrahimovic at +175 to score at any point of the match.

The Irish national team has competed at three European Championships, but have never advanced out of the group stage. Shane Long — Ireland’s star striker — is a +300 favourite to score the team’s opening tally.

The first goal will mean everything in this match, as it could be the only marker in the game. Bovada has a +365 line that the opening goal will come in the first 10 minutes of the game. A real possibility as both sides will be looking to take an early advantage.

But can an ageing Spain side go for a third consecutive crown? They’ll begin their quest on Monday when they face the Czech Republic in a Group D showdown.

The Spaniards are heavy favourites at -200 to take the opening match against the Czechs, who will look to rely on striker Tomas Necid and midfielder Borek Dockal to get past the defending champions.

Both Alvaro Morata and Aritz Aduriz are +325 favourites to score the match’s opening goal and are at +115 to net a marker at any point of the game.

Necid is the Czech Republic’s star striker and a +450 Bovada favourite to score the team’s opening goal. Dockal, who netted four goals in qualifying, is at +650 to score first for the Czechs.

Regardless, this should be an easy win for Spain, which are +330 favourites to win the match by a two-goal margin.

A victory could very well pave the way to a third-straight title for La Furia Roja.