MLS Picks Of The Week

Erick Torres is one of the most dynamic players in Major League Soccer and the Mexican forward will try to carry his team to another victory on Saturday when Houston Dynamo host Orlando City FC in a highly anticipated matchup.

Here are a few MLS betting options to take a close look at, with early odds courtesy of Bet365. 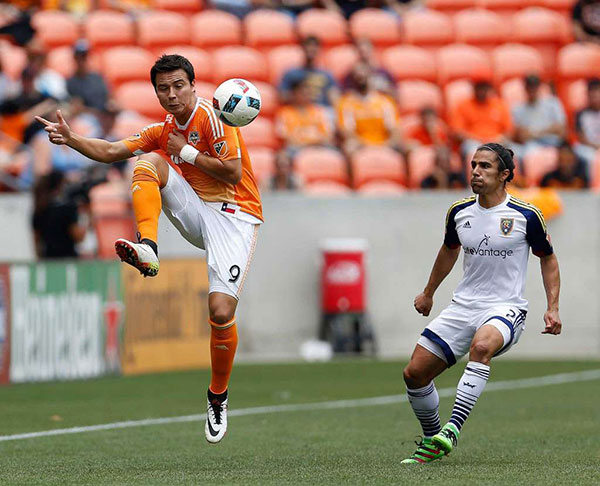 The top team in the East will have to shake off a tough defeat and refocus for another difficult matchup on Saturday, as Orlando City FC will take on Houston Dynamo at BBVA Compass Stadium.

Houston Dynamo, -110 favorites on home field, has been brilliant at home this season, winning four games and drawing once. At the other end of the field, Orlando City FC will be back in action on short rest as +300 underdogs on the road, where the club has struggled in the early stages of the MLS season.

Both of these clubs are more than capable of putting up goals so this match could turn into a high-scoring affair. Bet365’s projected total goals is set at 2.5, but expect Orlando City FC and Houston Dynamo to surpass that mark, which will pay -138 odds. 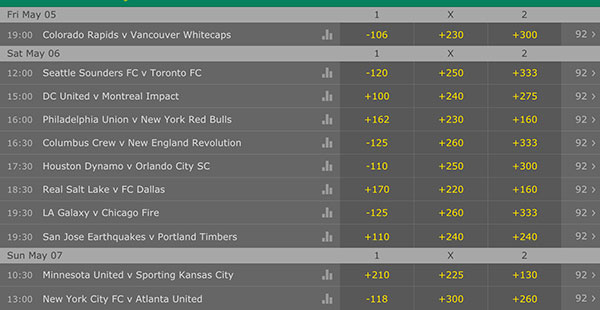 Erick Torres of Houston Dynamo is the league’s leading scorer with seven goals. The Mexican forward, who has two game-winning tallies this season, is pegged at +333 to score in the first half and -110 to net a goal at any point of the game.

The combination of Torres scoring the first goal and Houston Dynamo winning the game pays +500 odds.

Houston plays its best soccer on home field and it will once again show on Saturday night. 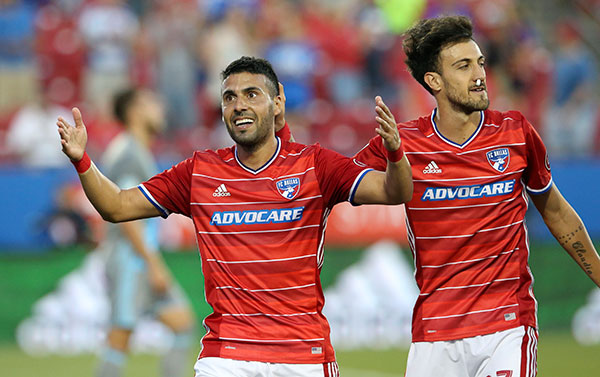 The only team without a loss on their record, FC Dallas will look to move closer to first place in the Western Conference when the club hits the road for a match against Real Salt Lake in Major League Soccer action on Saturday night.

Coming off a draw against first-place Portland Timbers, FC Dallas enters action on Saturday night as +160 favorites. Real Salt Lake has dropped its last two games and is a +170 underdog on home field at Rio Tinto Stadium.

Bet 365 is offering several prop bets for the match, including which player will score the game’s opening goal. Real Salt Lake striker has yet to net a goal this season and is a +2500 underdog to score his first at any point of the match on Saturday.

Will both teams bag goals in this match? Bet365 has a -134 line saying they will and intriguing +100 odds at least one club will be shut out.

Expect a close match between these Western Conference rivals, with FC Dallas continuing to roll on home field. 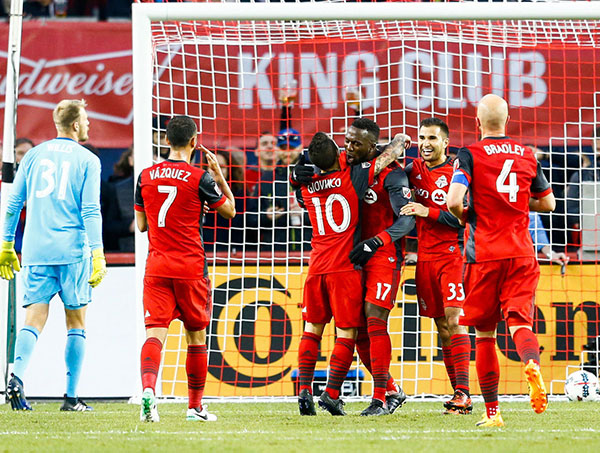 The Atomic Ant has awoken. Sebastian Giovinco has guided Toronto FC to three straight victories as the club sits just three points out of first in the Eastern Conference.

Giovinco and Toronto FC will look to keep the streak alive on Saturday afternoon when they travel to Seattle to fact the Sounders in a rematch of the 2016 MLS Cup final.

Seattle — coming off a 3-3 draw against New England — enters the match as +100 favorites as the club has yet to drop a game at CenturyLink Field this season. However, the more enticing wager is to take red-hot Toronto FC, which is a +275 underdog on the road.

Giovinco netted a pair of goals in TFC’s latest victory over the first-place Orlando City SC. Can the Italian superstar do the same against Seattle? Bet365 has set a +900 line Giovinco will score three of more goals. If you’re leaning more on Seattle to score in the early stages, Clint Dempsey is pegged at +1000 to net a goal in the first half.

While Seattle is favored to come out on top, watch for Toronto FC to keep this hot streak alive on the road.