The Eastern Conference was dominated by the New York teams and Toronto F.C last season. That won't change much for the 2017 season.

In the Western Conference, F.C. Dallas and the Colorado Rapids went toe-to-toe for much of the season, only for the Seattle Sounders to win their maiden MLS Cup on penalties after an incredible surge during the second half of the season.

The futures market is one of the most lucrative and intriguing. Here are all the teams you can pick from via Bovada:

Seattle Sounders proved that, as long as you qualify for the playoffs in the right form, the regular season is somewhat inconsequential.

The Sounders, at +600, are a short price to retain the MLS Cup. They won't repeat so don't waste your money on the defending champions.

New York Red Bulls, at +500, have never won the MLS Cup. That stat won't change after the 2017 season. New York City represents better value. At +1400, NYC are the best-value pick from the Eastern Conference.

Toronto have a young, energetic team led by Sebastiona Giovinco, one of - if not the best - strikers in the league. Toronto, at +550, are a favorite worth the money.

New York City should be dangerous, especially with David Villa as the hot favorite to be top goal scorer.

Both Montreal, at +2800, and Columbus Crew, at +2500, are great value bets. Though you're better off taking Montreal, as they've shown the kind of playoff pedigree needed at such long odds.

The Outside Chance Goalscorers 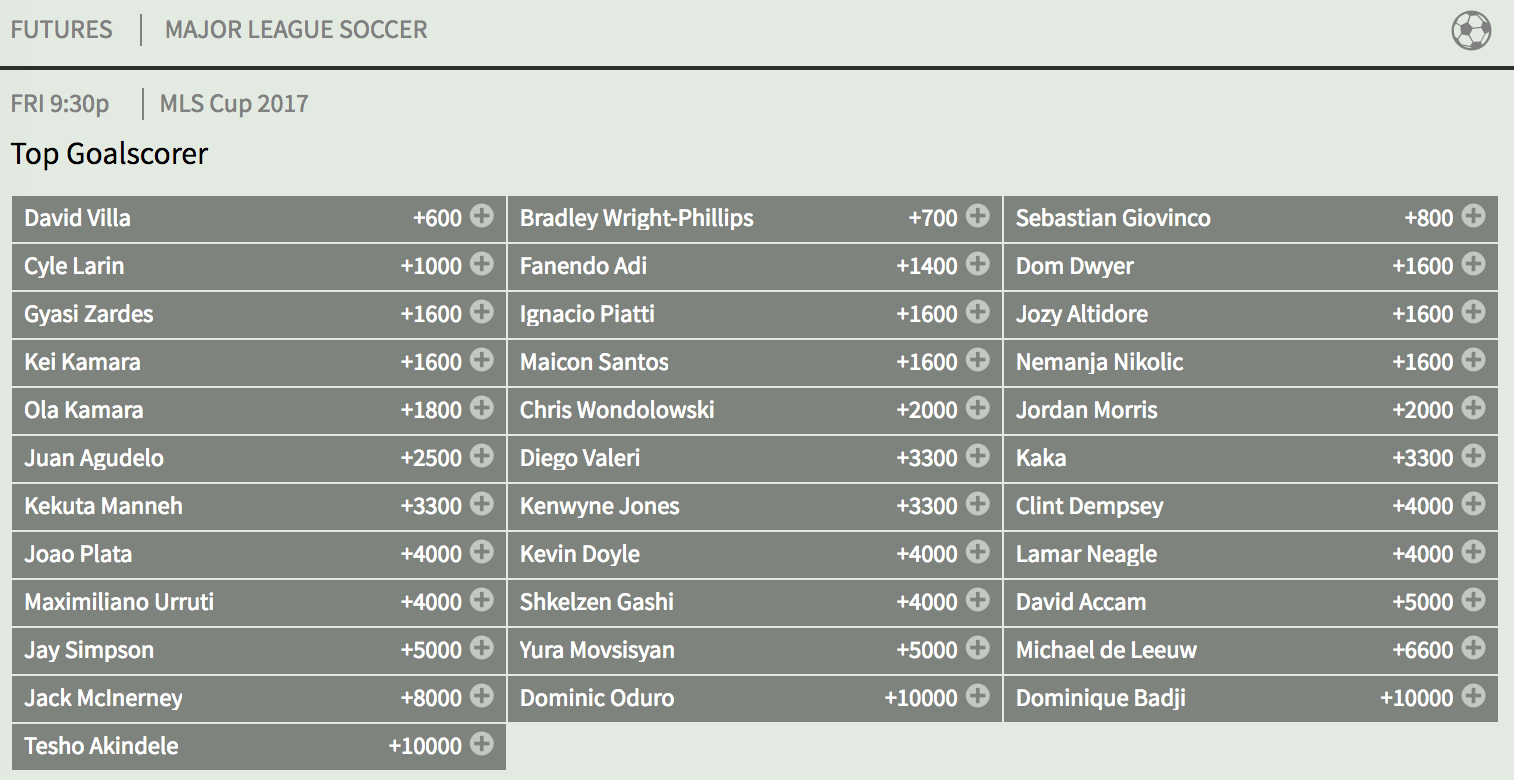