Whos ready for a classic Original Six matchup on Saturday night? There are several wagers to consider when the Montreal Canadiens and Detroit Red Wings lock horns. The Wings, coming off back-to-back wins, will look to keep rolling at home against the Habs.

Here are a few NHL betting options to consider, with odds courtesy of Bet365.

Just when you were ready to write off the Detroit Red Wings, the club win two games in a row and moves within three points of a wild-card spot in the Eastern Conference. The Wings will look to keep their streak intact on Saturday night when they host the Eastern Conference-leading Montreal Canadiens at Joe Louis Arena.

After a sizzling start, the Habs have cooled off somewhat, but are still -135 favorites heading into action on Saturday. The Wings, coming off two much-needed back-to-back victories, are +115 underdogs.

As good as Detroit’s been over the last two games, the Wings will quickly figure out scoring goals on the Canadiens is no simple task.

The Habs are averaging 2.19 goals against this season — ranking fourth overall in that department. Montreal’s success on the back end can be attributed to not only star goaltender Carey Price, but also a rock-steady defensive unit that features Shea Weber and Andrei Markov.

The head-to-head matchup over the last 10 meetings between these Original Six rivals has been one sided, as the Habs own a commanding 8-2-0 record over that stretch.

Bet365 has set the over/under total line at 5, but don’t expect this match to be a high-scoring affair. The Wings have struggled to produce goals and that will carry over against Price on Saturday.

Pick: Montreal Canadiens (-135) and the Under 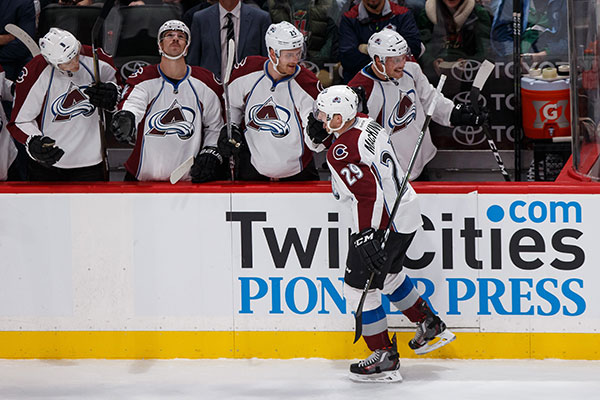 Two Western Conference basement dwellers will clash on Saturday night when the Colorado Avalanche host the Vancouver Canucks at the Pepsi Center.

Colorado, which is 5-5 over its last 10 games, enters Saturday’s contest as -167 favorites. The Canucks, winners of two of the last five games, are +145 underdogs.

Vancouver hasn’t found much success on the road this season, posting a dreadful 2-7-1 record away from Rogers Place. The Avs however, haven’t exactly been setting the world on fire at home, where they are 4-5-0 this season.

Nathan MacKinnon will take a four-game scoring streak into Saturday night’s contest as the star centerman has seven points over that span. But in eight career games against Vancouver, MacKinnon is goalless and has a minus-3 rating.

Colorado does hold an advantage in the head-to-head series over the last 10 games, as the Avs have defeated Vancouver six times.

Are you considering an over/under wager? Don’t expect these two clubs to go over Bet365’s line of 5. However, the Avs will pull out the victory.

Pick: Colorado Avalanche (-167) and the Under

There’s probably no hotter team in the NHL right now than the Los Angeles Kings. Winners of four straight games and showing no signs of slowing down, the red-hot Kings will host the Central Division-leading Chicago Blackhawks on Saturday night.

The Kings, who have an 8-2-0 record and are nearly unbeatable at Staples Center, are opening -141 favorites entering the highly anticipated contest. The Hawks, who have been lukewarm on the road, are +113 underdogs.

What’s impressive about this Kings team is they’ve been winning without their No. 1 goalie Jonathan Quick, who’s sidelined long-term with a groin injury.

The Kings are always among leaders in Corsi — shot differential while at even strength — and that hasn’t changed again this season. Defencemen Jake Muzzin and Alec Martinez are at the top of the Corsi leaders with ratings of 101 and 91, respectively.

Head-to-head over their last 10 meetings, the Blackhawks that have been in full control, posting a 6-2-2 record over that period.

An over/under line has yet to be determined as of early Saturday morning, but bettors should keep in mind five of the last seven meetings between the Kings and Blackhawks have produced either push or under outcomes.