The Pittsburgh Penguins are seeking a second-straight Stanley Cup, but theyll have to get past a very tough Nashville Predators club hungry to win the franchises first-ever title. The two will clash in what is expected to be a highly entertaining series.

Who should you Stanley Cup money go on? 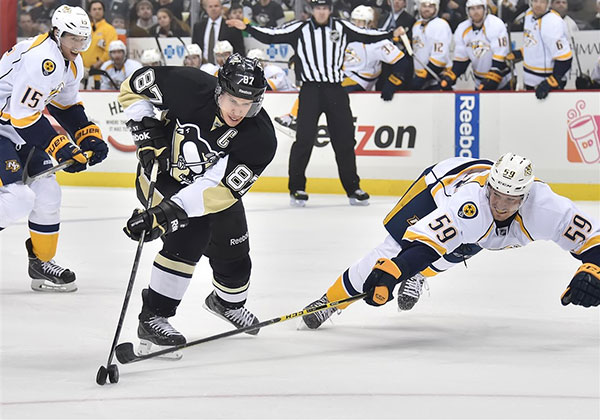 The stage is set for the 2017 Stanley Cup Final as the defending champion Pittsburgh Penguins look to repeat against a surging Nashville Predators club seeking its first-ever NHL title.

Both teams competed in grueling conference finals in order to get here as the Penguins enter the Cup final as -170 favorites to capture their second consecutive championship. Pittsburgh can snap a longstanding skid for back-to-back winners. In fact, the last time an NHL team repeated as champions was in 1997 and 1998 when the Detroit Red Wings accomplished the feat.

The Predators advanced to the Cup final for the first time in franchise history and will enter the series as the early +150 underdogs. The Western Conference champs arguably had the toughest path to the final, having to go through the Chicago Blackhawks, St. Louis Blues and Anaheim Ducks. The question is, will the Preds have anything left in the tank against the reigning champions?

This series may come down to experience. The Penguins have been in this position before and have seven players with more than 100 games of post-season experience — Sidney Crosby, Evgeni Malkin, Chris Kunitz, Matt Cullen, Carl Hagelin, Marc-Andre Fleury and Kris Letang. In comparison, the Predators have one — Mike Fisher.

While the Penguins head into the Stanley Cup Final with a depleted defensive core, the Predators boast one of the best blue-lines in hockey. Nashville’s top pairing of P.K. Subban and Mattias Ekholm have been tasked with playing against their opponents’ first line in the last three series. Crosby’s unit can expect the same when the series kicks off.

The head-to-head series dating back to the 2016 season has been fairly close, with the Penguins holding a 2-1-0 record against the Predators. One telling figure from those three matchups is that all of them produced over outcomes, which means we could be in store for a few high scoring games in this Stanley Cup Final.

Both teams can produce goals in bunches; however the Penguins have the clear-cut advantage on the power play.

Entering Game 1 of this best-of-seven series, Pittsburgh converted on 25 percent of its power-play opportunities and went 5-for-9 in the final four games of the Eastern Conference Final against the Ottawa Senators. Luckily, the Predators have been disciplined these playoffs, allowing opponents an average of three power plays per game.

Despite suffering key injuries to the blue-line, Pittsburgh’s offense has been able to pick up a lot of the slack. Crosby and Co. look primed to repeat as champions, but expect this to go the distance before the Pens win for a second year in a row.