Time is ticking on the NFL season for teams looking to sneak into the playoffs and bettors trying to beat the odds and win money. See our three best bets of week 16. 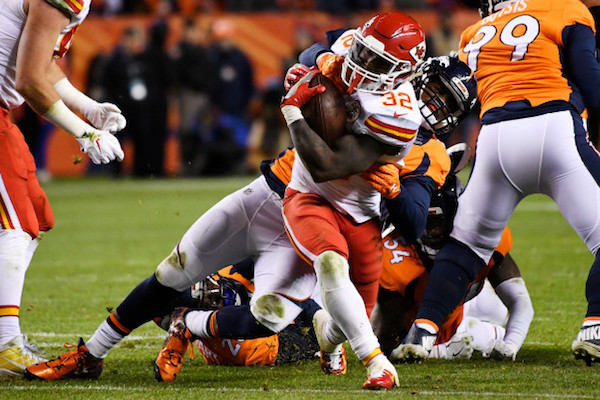 Losses in three of the past four games has Denver's playoff hopes hanging by a thread. Making matters worse, reports surfaced of a locker room scuffle after their latest loss. The Broncos (8-6) will need to win out — and get help from other teams — to avoid a Super Bowl hangover.

Kansas City (10-4) gave up the lead in the AFC West with a stunning home loss to Tennessee last week. However, they enter this matchup with confidence, having beat Denver last month on the road 30-27.

Poor offense has been the storyline of the Broncos season, with the first meeting with the Chiefs being an outlier. In the overtime loss, Trevor Siemian shredded Kansas City to the tune of 368 passing yards, three scores, and no interceptions.

However, since then, Denver has scored a combined 33 points in three games. The Broncos will need to spark that offense to have any chance in the grudge match.

Then again, Kansas City doesn't enter with a high-powered offense, either. They rank 23rd in yards per game and have mustered a combined nine points in the second-half the last three games.

Expect an ugly, defensive battle between the two on Christmas night. However, just like they did in their first meeting, the Chiefs will do enough to edge out their rivals. 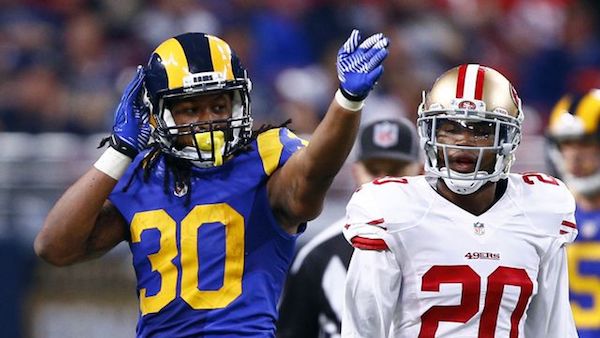 Does it get any worse than this matchup? San Francisco (1-13) hasn't won a game since week 1 — against the Rams, actually. Los Angeles (4-10) just canned their head coach and have lost five in a row.

Both teams are coming off 28-point losses. The two starting quarterbacks — Colin Kaepernick and Jared Goff — are winless this season. Both have question marks at head coach, with the not-so-genius Chip Kelly and interim coach John Fassel.

But something's got to give, right?

Rams running back Todd Gurley will single-handedly win this game. The 49ers run defense is historically bad. Nevermind opponents are shredding them for a league-high 173 yards on the ground. It actually gets worse. With two games remaining, they've already given up the most rushing yards in franchise history. Moreover, 11 different runners have rushed for over 100 yards against them this year. The NFL record is 12.

Make no mistake about it, Gurley will be lucky 12. While he was shut down in their week 1 matchup, coming back home will turn Gurley's fortunes. It's been a tumultuous 2016 for the prized runner, but his talent is undeniable. The 49ers sieve-like defense will be gasping for air all game long. 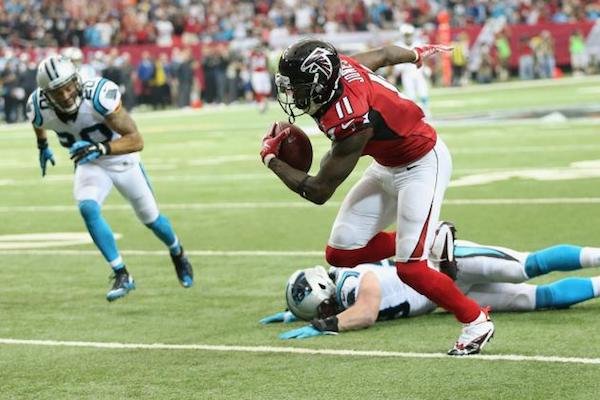 Only in week 16 game has a higher total than this one. Here's why: the Falcons (9-5) are an NFL best 12-2 on overs. A high-octane offense of Matt Ryan and Julio Jones have been all but guaranteed overs.

While the Panthers (6-8) have disappointed mightily after a Super Bowl appearances, they're quietly trending upward. They've won back-to-back games by double-digit points against respectable foes like the Chargers and Redskins. Carolina has dropped at least 23 points in four of their last five contests.

Sure, reigning MVP Cam Newton can't draw a penalty to save his life, but he'll be facing an Atlanta defense that has given up the 25th most yards in the league. Newton and Ryan, who is third in the NFL in passing yards, will light up the scoreboard to hit the over.