Who's your future NFL MVP?

A strange trend is beginning to emerge among NFL MVP winners: they'll end up falling short of a Super Bowl win — and probably in gut-wrenching fashion. 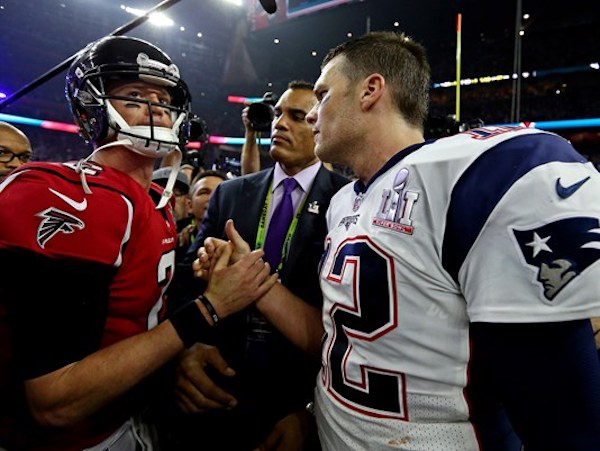 Ten players who've claimed the regular season MVP have gone on to win the Super Bowl, however, that hasn't been accomplished in almost two decades. The last player who pulled off the feat was Kurt Warner, in 1999. Cam Newton and Matt Ryan became the latest examples, both still picking up the pieces from heartbreak in the Super Bowl.

As big of an accomplishment as winning the MVP is, we're confident every single recipient would trade the hardware in for a championship ring. So the following players should probably be cautious.

All odds courtesy of BetOnline:

The five-time Super Bowl champion is the odds-on preseason favorite to earn the trophy. But get this, for all of Brady's greatness, he's only won MVP twice. Here we have arguably the greatest to ever play the game and this award has mostly eluded him since entering the league in 2000.

The thing about Brady, and even Bill Belichick (who has only won Coach of the Year three times), is that no one is taken back by their greatness anymore. At this point, it's expected. MVP voters are quick to fall in love with the "new, shiny toy" — as in the player that emerges out of the blue.

Unless Brady leads New England to an undefeated regular season (which isn't so far fetched), then voters will gloss over the always-consistent Brady, fair or not.

As great as Rodgers is, the hot streak he got on at the end of last season was out-of-this-world. Rodgers went two months, or 318 straight passes, without an interception. Oh, and during that same span, Rodgers tossed 24 touchdowns. That's insane.

Rodgers excelled last year despite a slew of injuries to the running back position and a mostly mediocre supporting cast. This time around, Green Bay helped Rodgers' cause by adding tight end Martellus Bennett (fresh off a Super Bowl victory) and drafting three running backs over the offseason.

Based on talent alone, Rodgers is the best thrower in the league. Now with much-improved weapons in his holster, Rodgers is your best bet here by far.

History isn't kind to Ryan here as the last player to earn MVP honors in back-to-back seasons was Peyton Manning during 2008 and 2009. However, at +1400 odds and with the plethora of talent surrounding him in Atlanta, picking Ryan is low risk, high reward wager.

We're not sure people realize how historic Ryan's MVP season actually was. His 117.1 passer rating was the fifth-best mark of all time. Ryan engineered the Falcons to 540 points during the regular season, tying for seventh-most ever. He also became the only NFL quarterback to toss a score to 13 different players in a single year.

The scary part? Essentially that entire offense is returning in 2017, minus offensive coordinator Kyle Shanahan. You won't find a better value bet than Ryan.

If not for the dark cloud hanging over Elliott, he'd be our pick without a doubt. Of course, that cloud is an ongoing investigation by the NFL into domestic abuse allegations. Rumors are swirling that Elliott could be suspended a game or two by the league if more evidence is uncovered.

If Elliott can dodge any punishment, then expect a record-setting campaign from the sophomore runner. He already led the league in rushing as a rookie, imagine what he can do with an extra year of experience under his belt? That possibility makes Elliott worth a risk despite his off-field issues.