Two of baseball’s most historic franchises the Dodgers and Cubs collide with a World Series title at stake, but who will come out on top? Find out who has the advantage in this matchup. 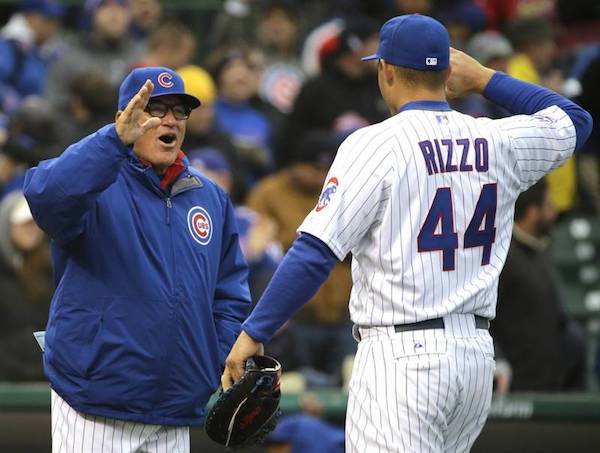 Unlike the ALCS, the road to the NLCS left both the Dodgers and Cubs battle tested. Washington pushed Los Angeles to the brink in five games. The Dodgers escaped with three wins by one run, whereas Chicago finally ended San Francisco's three-time, even-year championship runs in a back-and-forth four-game series.

The Cubbies have a full three days rest before the series gets underway on Saturday, while the Dodgers are more worn out after playing the longest nine-inning postseason game in MLB history on Thursday.

Heading into this series, the Cubs enter as heavy favorites with -240 odds of advancing to their first World Series since 1945. Dodgers are +200 to win the pennant.

Odds are fair considering the Cubbies have been the best team all year, amassing 103 regular-season wins. However, if the past 15 years in any indication, that might prove irrelevant. Since 2000, only two teams reached the World Series after posting the best record in the league. In fact, one of those teams was actually the 2008 Cubs. The 97-win team were swept by the Dodgers in the NLCS. Could we be in store for deja vu?

The regular season series between the two was very even. While Chicago won four of the seven matchups, none came against Los Angeles ace pitcher Clayton Kershaw. The run differential in the series was +3 in favor of the Cubbies — a far cry from its +252 differential all year long.

We know postseason baseball begins and ends with pitching, and the Cubs certainly don't lack arms. Behind a dominant trio of Jake Arrieta, Kyle Hendricks, and Jon Lester, Chicago's pitching staff posted the lowest ERA in the National League.

Chicago's bullpen is every bit as good. Since the All-Star break, the Cubbies relievers posted the second-best ERA (3.11) in the league. It's no coincidence that Chicago acquired standout closer Aroldis Chapman from the Yankees around the same time. Chapman has been a machine since the trade, racking up 16 second-half saves and a 1.01 ERA.

On the Dodgers end, you have to start with Clayton Kershaw. The left-hander slowly erased his reputation for coming up short in October with a performance for the ages in the NLCS. During the seven-day stretch of the series, Kershaw started two games — winning both — and earned a close in the series-clinching Game 5. A back injury sidelined Kershaw for 10 weeks this season, but he's back to his best-pitcher-on-this-planet form. 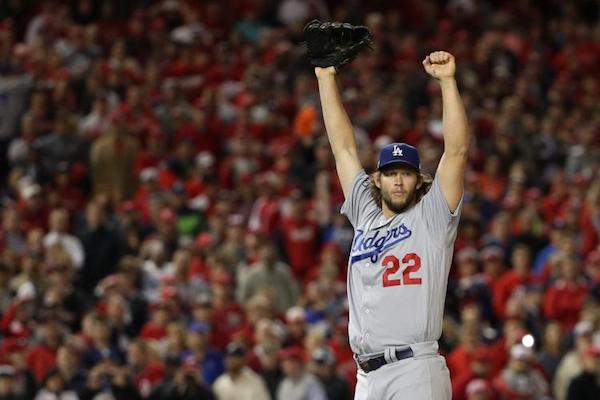 Kershaw isn't the lone saving grace on a starting rotation which ranked fifth in the ERA in the NL. Los Angeles picked up Rich Hill at the trade deadline and haven't looked back since. The lefty went 12-5 this year and a 2.12 ERA with the Dodgers and Oakland, his former team, this year. Kenta Maeda, who won 16 games in the regular season, will start Game 1.

Moreover, Los Angeles have the best bullpen in baseball. It led the league in with a 3.35 ERA with. Kenley Jansen racked up 47 saves, second most in the laegue.

Los Angeles lineup is lefty galore. During their Game 5 against the Nationals, the Dodgers started a whopping six lefties and a switch-hitter. The Cubs can counter with Lester, a southpaw of his own, but the left-handed hitters could be a difference maker. A mix of young hitters (Corey Seager and Joc Pederson) blend with a group of grizzled veterans (Chase Utley and Adrian Gonzalez) to round out Los Angeles' lineup.

On the other spectrum, Chicago brings quite the boom sticks. The Cubbies scored 808 runs in the regular season, third most in the majors. But they were quelled in the NLCS to the tune of a .185 batting average. It's highly unlikely pitcher Arrieta will hit a three-run jack again like in Game 3, so it's up to All-Stars Kris Bryant and Addison Russell to breath life into the lineup. 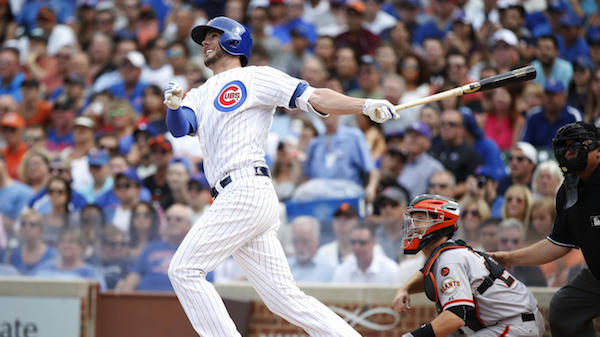 Lastly, we can't ignore the experience from each team's head man. One one hand, you have a rookie manager Dave Roberts leading the Dodgers. On the other, you have three-time Manager of the Year Joe Maddon, who took the lowly Tampa Bay Rays to the World Series in 2008.

For the most part, home-field advantage is slightly overrated in MLB, but Wrigley Field might be the exception. The historic stadium has an aura to it unlike any other in baseball and is filled with a fan base dying to end their dreaded World Series curse that dates back to 1908.

In the end, I'm picking Chicago to finally reverse that curse. The Dodgers threw everything they had at the Nationals and will be too worn out to overcome the top-to-bottom best team in the majors in a best-of-seven series.