In a battle of European Championship newcomers, Group B winners Wales will take on Group C third-place finisher Northern Ireland in a round of 16 match on Saturday. Which United Kingdom country will continue its run to the quarter-finals?

Wales and Northern Ireland weren’t even supposed to make it out of the group stage. Now, the two European Championship newcomers will face off in a highly anticipated round of 16 match on Saturday.

This is all new territory for both these countries, which have never played at a European Championship let alone make it to the knockout stage.

Wales, led by star striker Gareth Bale, won Group B with six points after a pair of victories. Northern Ireland on the other hand, finished with just three points in Group C but still qualified as one of the top four third-place teams.

Wales’ manager Chris Coleman is expecting a tough battle against a scrappy Northern Ireland side looking to continue its Cinderella run.

“Northern Ireland are physical,” Coleman told eurosport.com. “They get the ball forward quicker. That’s where their strength is. They are superbly organized and defensively difficult to break down.”

The two clashed in an international friendly in March where they battled to a 1-1 draw. However, there won’t be any ties in the round of 16.

Bovada has set a +210 line that Bale will score in the match and Wales will take the victory. Bale has been extraordinary in this tournament, as he’s tied for the lead in goals with three tallies. He’s a favorite at +130 to score at any point of the match — a good value considering the Real Madrid star has had 11 shots on target in the tournament. 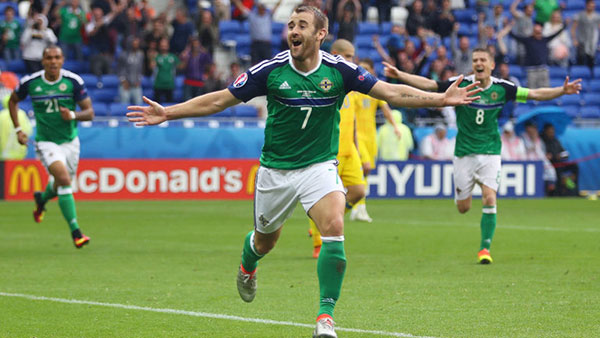 Kyle Lafferty remains Northern Ireland’s best shot of scoring for his side despite not having picked up a goal in the tournament yet. Bovada has the Norwich City forward at +225 to score at any point of the match. Another player to keep an eye on is Queens Park Rangers striker Conor Washington, who is pegged at +350 to score in the match.

There’s a lot at stake for both these countries, as the winner will advance to the final eight — an improbable feat had you mentioned it at the start of the tournament.

Bale will continue his hot streak in this match and will be a handful for Northern Ireland’s mediocre defense to handle.

The second Grand Slam of the year is well underway at Roland-Garros in Paris. So if you’re going to drop French Open bets, now is the time to do it. Read this to get our best picks to win the 2022 French titles — both on the men’s and women’s singles bracket! Betting Pick To […]