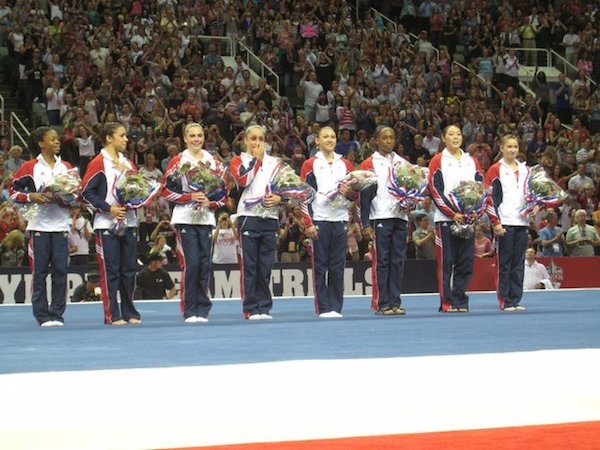 When the late, great stand up comic genius George Carlin proclaimed, "Stick around. China's going to win it all" he wasn't talking about the Summer Olympic Games, but he could have been.

As the world readies to gather in Rio de Janeiro for the Games of the XXXI Olympiad, all of the experts are viewing the medal hunt again in the same fashion as it has unfolded over the past two Summer Olympic Games - a two-horse race between the United States and China.

The Americans topped the charts four years ago in London, winning the most gold (46) and overall (103) medals, with China finishing a close second with 38 gold medals, but a distant second in the overall medal count, capturing 88 in total.

Four years earlier as they played host to the Summer Olympics in Beijing, the Chinese utilized home-field advantage to carry the day in the gold medal hunt, routing the Americans 51-36, but it was the United States that won the overall race, garnering 110 total medals, 10 more than China.

Experts who analyzed the Games and sportsbooks who set the odds on the Games see the Rio Olympiad ending up with very similar totals to what unfolded in London.

Bovada lists the United States as the favorites to win the most gold medals at -550, well ahead of the Chinese at +350 and in another stratosphere compared to third-rated Great Britain at +2000. The bar for the over/under on American gold medal wins is established at 42.5, while the over/under on total USA medals to be earned in Rio is drawn at 103.5.

Gracenote, an American-based sports and entertainment data analysis company, also sees things unfolding in a very similar manner. On their website Gracenote.com, they predict the United States to top the overall medal race in Rio, garnering a combined total of 102 medals, broken down to 42 gold, 29 silver and 31 bronze. China will come in second with 78 total medals - 31 gold, 26 silver and 21 bronze.

The sports where the United States figures to make the most hay will be on the track, at the basketball court, in the pool and in artistic gymnastics.

The NBA stars who represent the Americans in men's basketball are prohibitve favorites to win the gold medal at -2000, with Spain (+850) a far away second. The U.S. women are favored as well in hoops at -1200. Australie (+850) is the second choice.

The most decorated Olympian of all-time, American swimmer Michael Phelps, only figures to add exponentially to his Olympic-record haul of 22 medals. Phelps is favored to win the 100-metre butterfly (even), 200-metre butterfly (+220), and 200-metre individual medley (-110).

In fact, there's one bet you can count on cashing in with certainty in Rio - the that chants of "U.S.A., U.S.A." will be heard both vociferously and frequently.