Thirty-six goals were scored during week 15 of the 2016-17 Premier League season and were hoping for plenty more when the midweek fixtures play out on Tuesday and Wednesday. Here are my goal scorer predictions.

Jamie Vardy to score for Leicester City against Bournemouth

Jamie Vardy ended his 10-game goal drought at the weekend and did so in emphatic style as he bagged the first hat trick of his professional career in Leicester City’s 4-2 victory over Manchester City.

Anyone who watched Leicester’s 4-2 win will have seen Vardy’s confidence grow to last year's level when he bagged 28 goals in 48 appearances. That spells danger for Leicester’s next opponents, Bournemouth, on Tuesday.

Bournemouth have conceded 25 goals in 15 league games this season, although only nine of them have come from home encounters. However, The Cherries’ defense has conceded nine goals in the last three games and that statistic must have Vardy licking his lips with anticipation.

You’ll find odds of around +600 for Vardy opening the scoring in this encounter and +190 to score during the 90 minutes. These long odds are partly because Leicester have struggled on their travels during this campaign, but the win over Manchester City could and should kickstart their season.

Eden Hazard to score for Chelsea against Sunderland 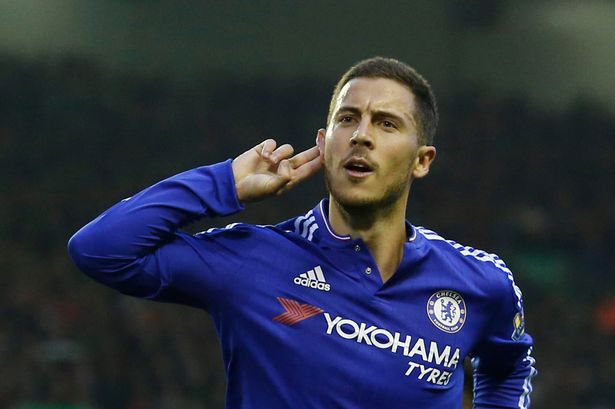 Sunderland may have won three of their previous five league games, but are still rooted to the bottom of the Premier League table, although they are only two points away from climbing out of the relegation zone.

The Black Cats’ main problem is their defense. It has allowed 27 goals in 15 games, only recording a single shutout. Sunderland host Chelsea, who are the third top scorers with 33 goals, on Wednesday and could potentially lose by a large margin.

Chelsea have now gone nine games since failing to score and have only failed to score on all season. The last time Chelsea drew a blank was in the 3-0 defeat at Arsenal. Since then, the Blues have won all nine of their games, scoring 23 and conceding only twice.

Sunderland are likely to attempt to man mark Diego Costa out of the game as the Spaniard is the Premier League’s top goalscorer with 12 goals. This should leave more space for Chelsea’s other talented attackers to get forward and cause havoc.

Once such player is Eden Hazard, who already has eight goals for an average of 157 minutes per goals. Hazard only scored 11 goals in all of last season yet looks back to his brilliant best this campaign.

Bet on Hazard to score at any time at -110 because Sunderland’s defense simply cannot hold out for 90 minutes. If you think Hazard will be the first player to score, you’ll find odds of around +330.

Wilfried Zaha to score for Crystal Palace against Manchester United 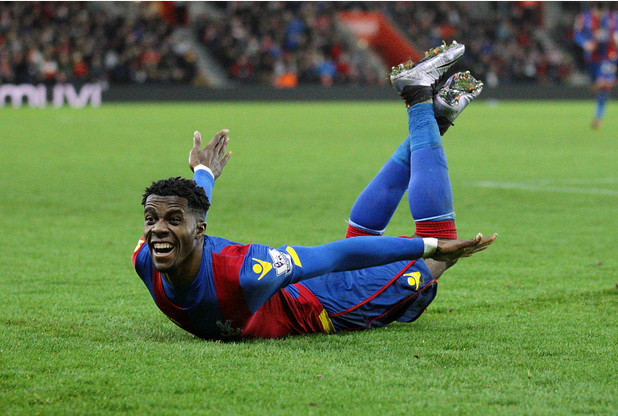 Crystal Palace host Manchester United on Wednesday. Online bookmakers expect the away team to triumph, but I have a sneaky feeling that one Crystal Palace player in particular is going to shine in this fixture.

Wilfried Zaha is a phenomenal talent, but the winger suffers from inconsistency. Zaha has been back to his brilliant best in the last three or four games, including a masterclass of a display in Palace’s 3-3 draw away at Hull City at the weekend.

Zaha hit the headlines recently not because he has two goals in three games, but because he is considering switching allegiances from England to the Ivory Coast as he wants to play international soccer and feels he is being frozen out by Gareth Southgate’s England.

It appears that Zaha is playing out of his skin in an attempt to impress either Southgate or the Ivory Coast scouts and there is added spice to this match when you consider Zaha has a hugely unsuccessful spell at Manchester United.

I don’t think Zaha will open the scoring in this game, but if you do there are odds of +1600 available online. A more likely outcome is Zaha to score in 90 minutes at +380 as his pace will be a handful for the United defenders as the game drags on.